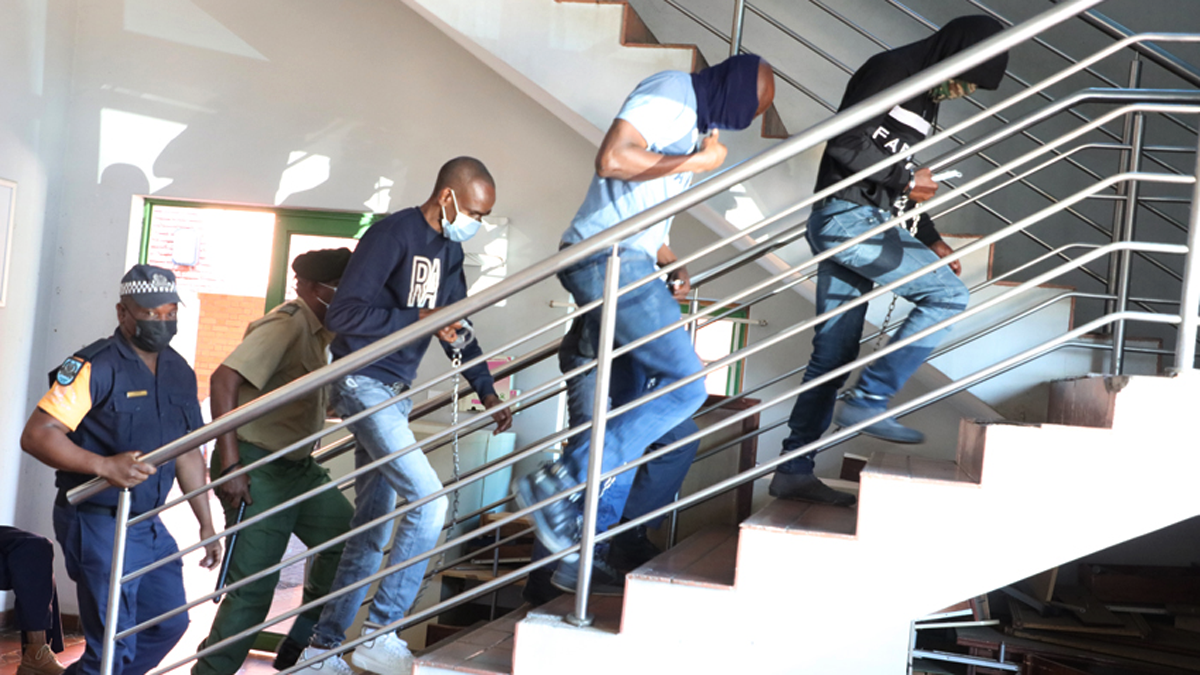 The two men in the company of three others allegedly robbed G4S the said amount near United Lounge Club in Block Six Shopping Complex in Gaborone last year August. Immediately or before such robbery, the accused are said to have threatened to use actual violence against one Odirile Bakani by pointing at him with an object that appeared to be a gun in order to obtain the money.

Other accused persons in the matter are Moagabo Rando Pelontle and Thabano Ookeditse Ramaja, who have been on bail since the 9th of September 2021. The fifth accused in this matter, Khumo Sakarea died whilst on bail in the infamous shoot out of the 10 suspected armed robbers who were killed inside a house in Phase 2, Gaborone.

Initially, Matomela and Lekobe were granted bail in December on conditions that each accused person pay P10 000 upfront and provide two sureties binding themselves with the same amount.

Another condition was prohibition from leaving their houses between 5 and 7pm and not to leave their residents without informing the investigating officer. The accused persons successfully pleaded with the court to relax their conditions.

When delivering the new bail conditions, Chief Magistrate ordered that the accused persons be granted bail on conditions that they pay P3 000 cash and provide two sureties each binding themselves with P5 000.

Meanwhile, Matomela and Lekobe have another heist case pending before Broadhurst magistrate court.

The duo and two South, Africans Mzwandile Mazibuko and Ntholephi Elliot Ntshalintshali have been linked to the G4S Security P2 million heist which occurred at Turn Right Mall in Mogoditshane in October last year.

The quartet allegedly attacked and robbed security guards and police who were escorting a G4S vehicle transporting money.

It is said that before stealing the said money and firearms, they threatened employees of G4S and Botswana Police with pistols and a rifle in order to obtain or retain the stolen money and guns.

According to the charge sheet, the accused persons had 17 live rounds of ammunition and an AK47 rifle.