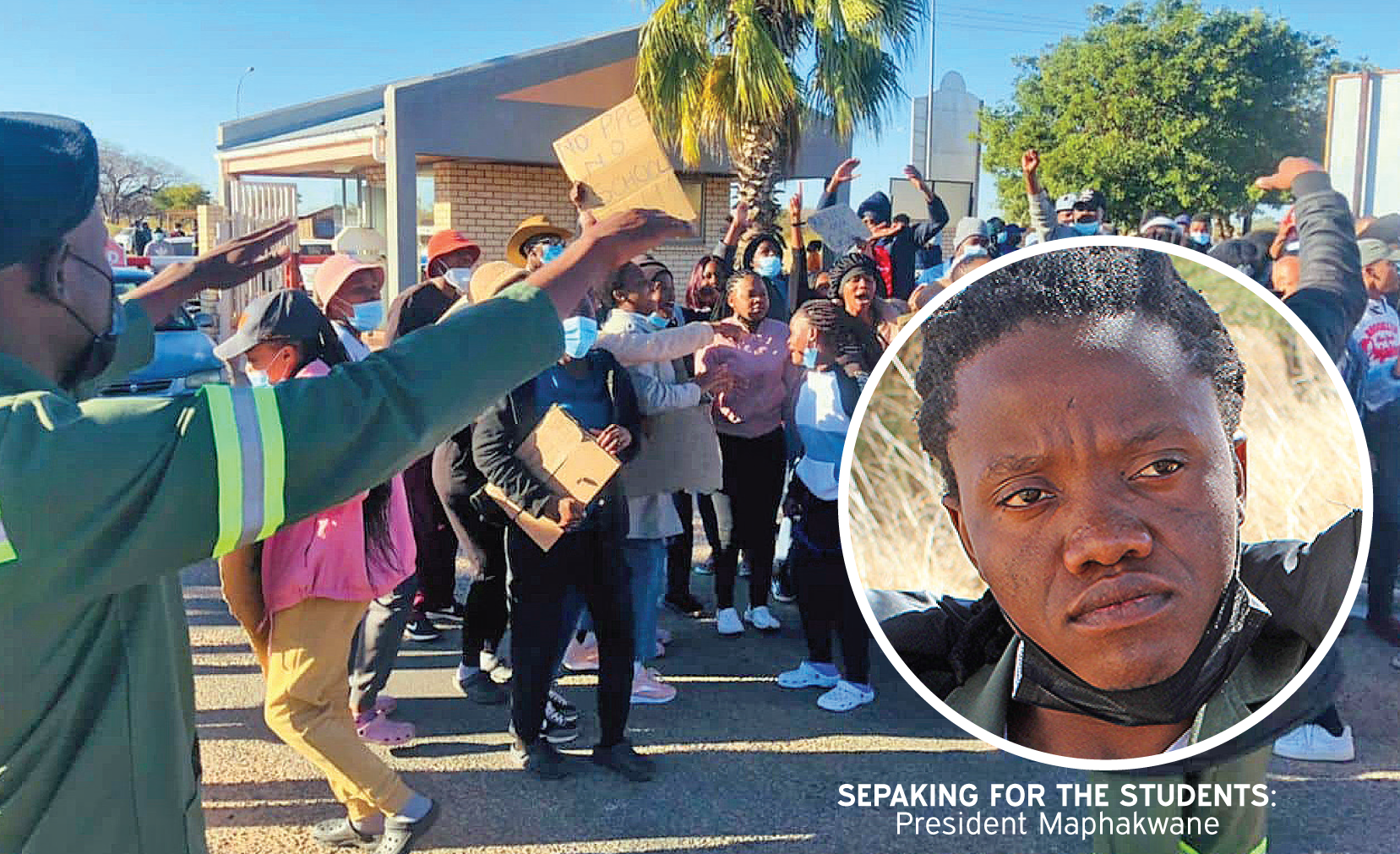 For the second time in a matter of months, fed-up students from Francistown College of Technical and Vocational Education (FCTVE) downed tools this week.

Embarking on a peaceful but powerful protest at the college campus in Gerald on Tuesday, the unhappy scholars insisted they would not return to class until their grievances are heard.

Their main concerns centre around: a shortage of lecturers, with most employed on a temporary basis; lack of protective clothing and sportswear and paltry P300 monthly allowances for those who do not stay on campus.

Speaking to The Voice while his fellow pupils chanted protest songs in the background, under the watchful eyes of the police, Student Representative Council (SRC) President, Mmilili Maphakwane revealed they were calling for the Principal’s immediate resignation.

“We have lost all trust in the school’s administrators and feel our issues are bigger than them. We wrote a letter to the Principal this morning demanding that he takes our issues seriously. He took the letter but did not sign it,” blasted Maphakwane, adding they will not resume lessons until their complaints are addressed and they receive a formal response from the college.

“Today they [management] want to meet with the student representatives; we cannot manage because we are tired,” he added wearily.

Maphakwane’s deputy, SRC Vice President, Reginald Badi, told The Voice several of the new students are yet to receive a single Thebe of their monthly allowance since starting at FCTVE last November. 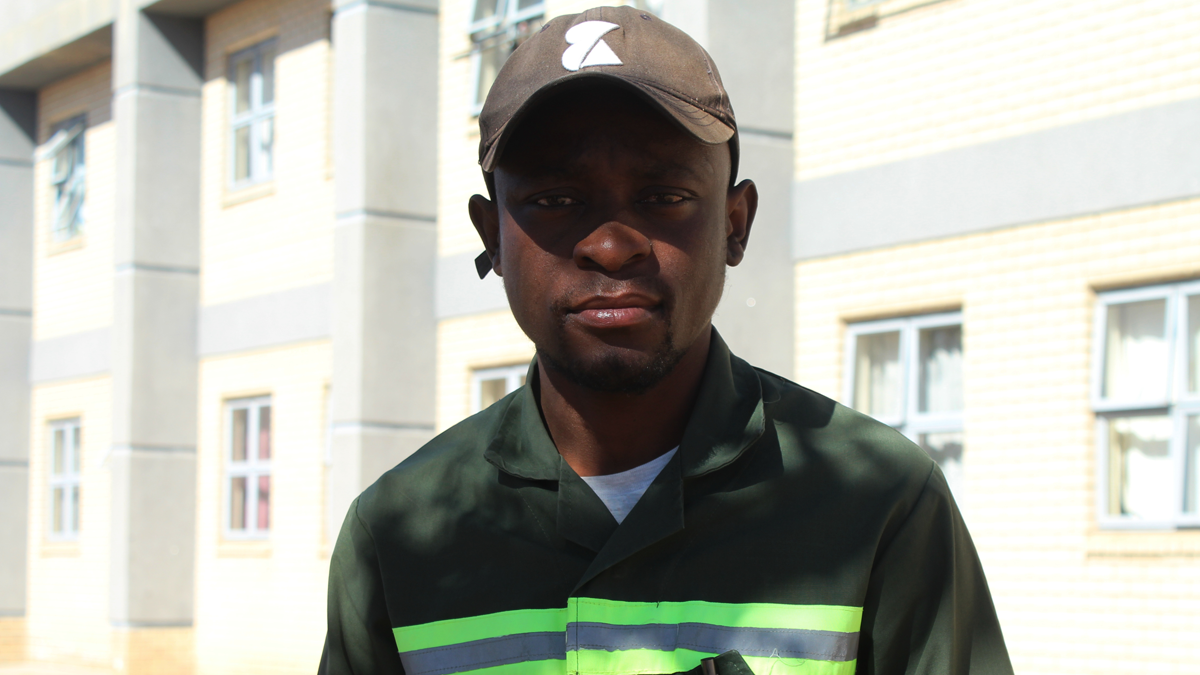 One of the many students who stay off-campus, Jackson Kopane revealed he is in his second semester studying for a Diploma in Culinary Arts but has not been provided with the necessary protective clothing. 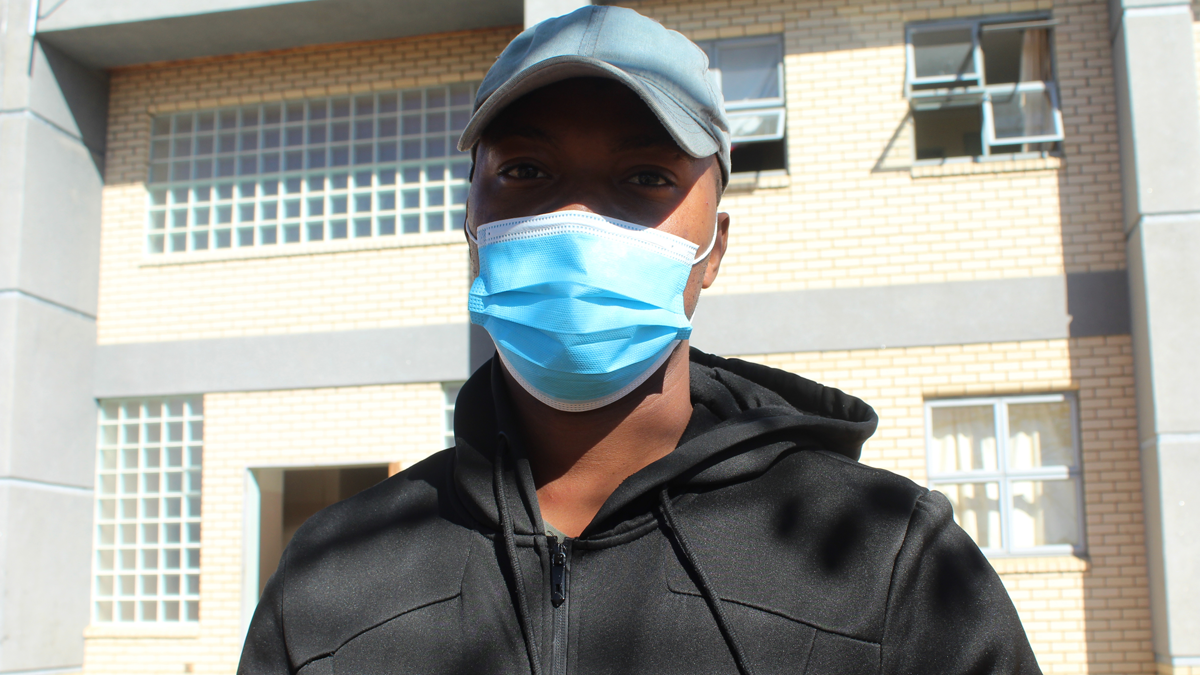 Although he has received his allowance, Kopane stressed it was nowhere near enough to survive on.

“Rent and food cannot be paid with P300. At least they should provide us with meal allowance or increase the allowance,” he suggested.

A second year student, Kefentse Odirile said they went on attachment in the first semester without a single Communication and Study Skills lesson as there was no lecturer to take the module. 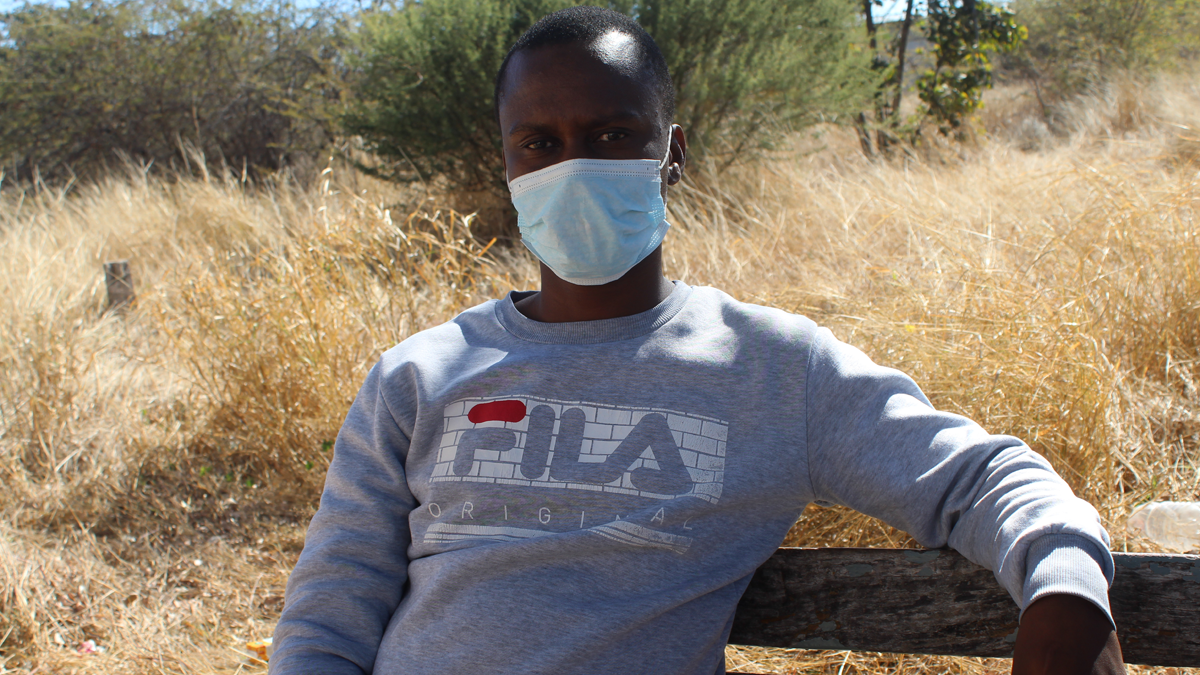 “We only started lessons two weeks before the exam!” he grumbled, adding a similar scenario looks set to play out in the Book Keeping module.

When reached for a comment, under-fire FCTVE Principal, Asalepele Tobedza said he was aware the students were unhappy with the lack of PPE.

“They are also complaining of shortage of lecturers, which I cannot deny as it is always said at the parliament meetings. The demonstration was really peaceful as they was no noise,” was all Tobedza wanted to say on the matter.

The SRC had hoped to meet with the Regional Coordinator on Wednesday morning but he was said to be out of the country. Instead, Principal Tobedza will address them on Thursday (16 June) to see if they can find common ground and map a way forward.