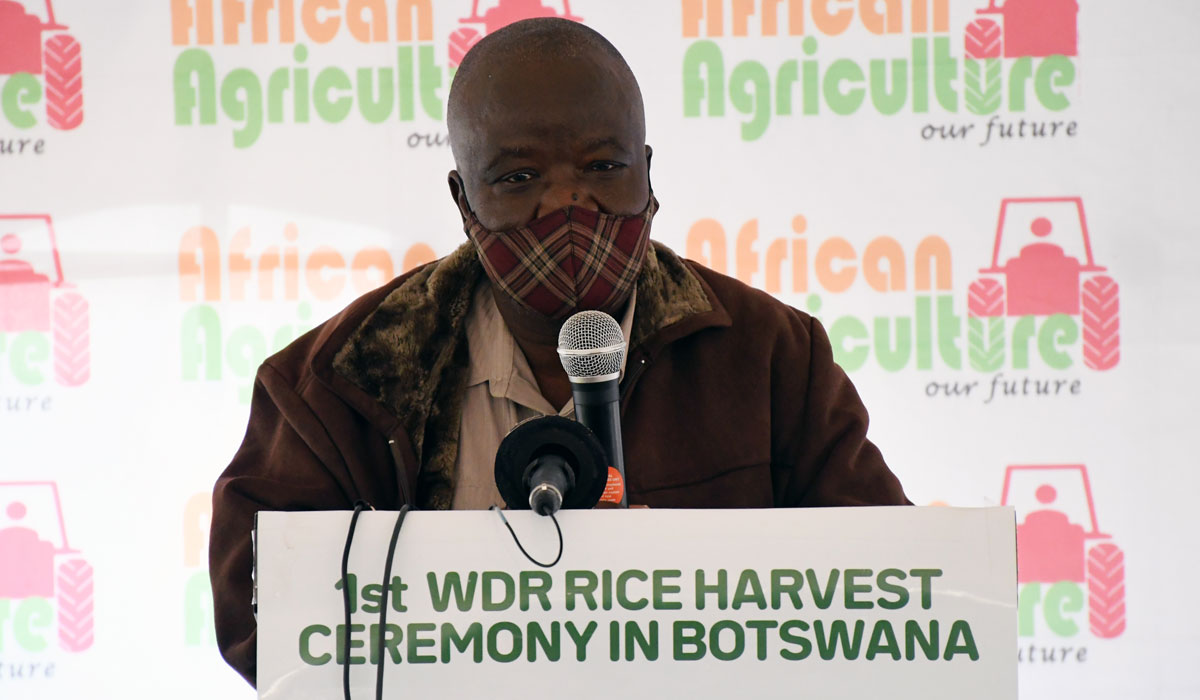 After two years of painstaking research, Botswana University of Agriculture and Natural Resources (BUAN) are confident they will taste success in their battle to grow rice in Botswana.

Speaking at Monday’s Harvesting Ceremony, held at BUAN’s Sebele Farms where the project is being carried out, Lead Scientist, Thebeetsile Moroke revealed the research was complete.

“This project started back in 2020 after the Memorandum of Agreement (MOA) which was signed BUAN and African Agriculture (AA) to work together in finding out whether rice can be grown in the country, stated Moroke, adding that indeed it can.

“Our ambition was to get as much information as possible about raising rice as a crop, how it responds to diseases, pests and water,” he continued.

Moroke explained there are two types of rice: upland rice, also called dry rice, which is grown on dry soil rather and lowland (flood) rice, planted in wet soil.

“Our research was based on the dry land variety which has the potential to produce a tonne to 10 tonnes per hectare,” he said, noting that crops such as sorghum on average only produce two to three tonnes per hectare in comparison.

Highlighting some of the challenges they encountered, Moroke mentioned, “We experienced a few setbacks such as pests in the form of grasshoppers, Aphids and Bagrada bug hence it needs to be taken care of to achieve needed results. Another hiccup was lack of rainfall which forced the crop not to germinate until the next the month where there was a bit of rain and we irrigated after to ensure that it grows.”

Nevertheless, with the exploration work now done, BUAN are ready to roll out the initiative. 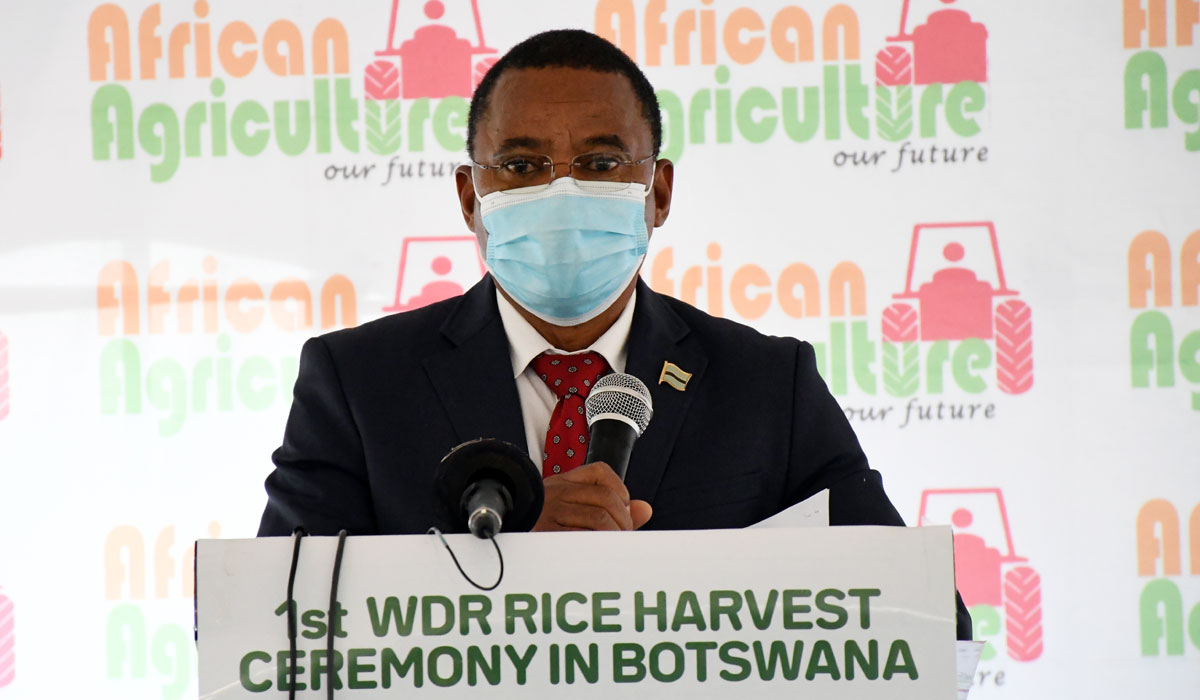 For his part, acting President, Slumber Tsogwane commended the ‘successful’ relationship between AA and BUAN for continuing to bear fruits – and hopefully rice!

“We once witnessed the introduction of drones and the unveiling of BEHERO tractors which contribute immensely to food security. This research of rice, which was successfully conducted, is vital and deserves to be applauded as it is a remarkable milestone in the Agricultural sector,” declared Tsogwane.

“It is an honour to officially launch the water-saving and drought resistant rice; we can tell the world about what we can produce as it is better than some of the rice we usually buy,” he added.

Reiterating government’s resolve to establish the country as a food secure nation, Tsogwane concluded, “The government of Botswana is committed to the development of farming, smart agriculture being at the forefront and this rice initiative suggest that Batswana are complying towards what we need as country to tackle the issue of food security.”