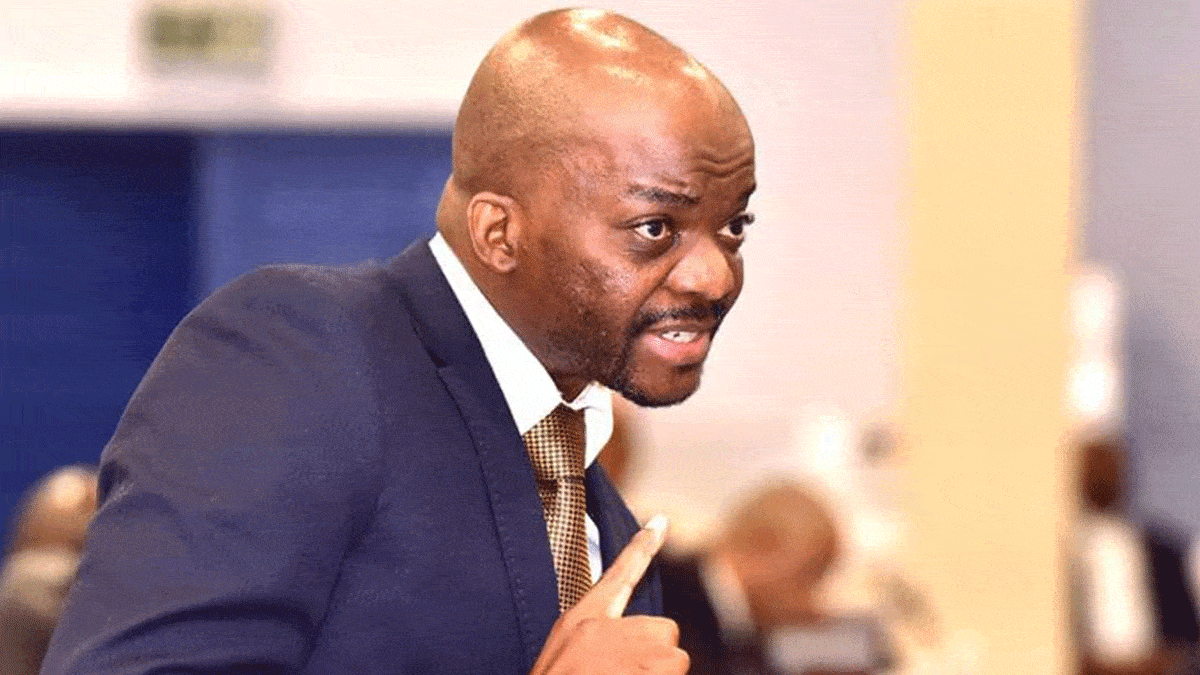 Member of Parliament for Selebi Phikwe West, Dithapelo Keorapetse, has been singled out as the mastermind behind a group of Botswana Congress Party MPs who are more aligned with the Umbrella for Democratic Change (UDC) than their own party.

This has divided the BCP between members who are calling for the expulsion of the so-called ‘Bad Boys’ and those who call for the party’s President, Dumelang Saleshando ‘to behave’ or be subjected to a disciplinary hearing by the UDC.

There have been talks about internal problems in the UDC and that you don’t agree with the BCP position. What is the truth in all this?

The truth is that I am against efforts to postpone regime change by leaving the UDC.

I find that to be not only politically imprudent but also a mass political suicide akin to 2014 general elections.

Because of my loyalty to a principle of opposition cooperation and specifically that UDC coalition is the best means to defeat the ruling party and usher in a new order, some comrades of mine have resorted to not only character assassination but other more sinister actions against me.

Do you have any intention of relocating to the Gaborone Bonnington North constituency?

I have no intention of running for elections in any Gaborone constituency or anywhere outside Selebi-Phikwe.

No one has ever approached me with that suggestion and even if they had done so, it would have been outrightly rejected.

There’s a lot of work still to be done here in our beautiful town.

I am still available to serve my constituency.

Allegations are that you are considering leaving the BCP for BNF, why do you think there are such allegations?

It’s all a lie! I have no intention of leaving the BCP for any party as it is alleged.

I’ve been a member and activist for twenty-three years from the age of seventeen.

I have served it for about ten years in its politburo as Youth League President, Spokesperson and now Secretary for Political Education.

I respect the BCP leadership.

I have respected my leaders in the BCP and continue to do so.

Differences of opinions shouldn’t be misconstrued to be disrespect and be equated to subversion or treason.

It would be political intolerance we’ve been accusing our adversaries of.

Why would anyone lie about you about defection and relocation? What do they seek to achieve?

These are calculated lies meant to cause confusion, sow seeds of mistrust and sustain a certain narrative which some people think it’ll help their political endeavours.

It’s a bigger project of burying me politically, which will dismally fail.

Is it true that BCP leadership wants you replaced in Phikwe West and why would there be attempts to remove you?

There are efforts to dislodge me from the constituency, planned and discussed, at a very high level.

I will reveal that in due course, including identities of the plotters.

Whilet internal party democracy, including the right to elect and be elected, are sacrosanct, some things we see happening are foreign and defy our tradition, ordinances and niceties.

You have been fingered as the mastermind behind a group of belligerent MPs defying the BCP? Why are you defying the party?

The truth is known and the truth is that myself and other comrades, especially the other five MPs, many councillors across the country and multitudes of our members, are against efforts to not only leave the UDC but are also opposed to the continuous degrading of the UDC brand equity by some among us.

Our argument is simple; we can’t publicly talk bad about a coalition we are part of.

We can’t oppose the UDC while we are part of it.

We can’t conduct ourselves like we have left the UDC but continue to be part of it.

We can’t sing from the same hymnbook as the ruling party about the UDC and it’s leaders.

Why did you and others not support BCP in the recent Bophirima by election?

We don’t believe we are insulated from the disciplinary processes of the UDC as its MPs.

We are of the view that we have rights, obligations and responsibilities as UDC MPs.

We couldn’t conduct ourselves in a manner that would have suggested we have left the UDC, i.e. campaigning against it when we are its MPs.

Anyone could have approached the courts and argued that our conduct amounted to resignation and, personally, I wasn’t ready for a bye-election in the event of that argument accepted by the courts.

We couldn’t be seen to be promoting UDC in parliament and quoting its manifesto during the day and decampaigning it in the afternoon at Bophirima.

It would have been very difficult.

What do you think about governance issues in the UDC raised by the BCP?

Show me a perfect political coalition in the world.

No one had said the Umbrella is perfect!

There is bound to be issues in a setup where there are more than one political party.

The challenges and differences we have in the UDC are not insurmountable and are smaller than problems of poverty, unemployment, underemployment, inequalities and corruption Batswana are facing.

Batswana are yearning for change and the youth deserve it.

This is achievable under the Umbrella.

You have also been accused of being loyal to Boko and UDC, and not Saleshando and BCP.

My belief in the profundity of the UDC as the best revolutionary vehicle to the promised land, according to some comrades, is being disloyal to the party leadership and the party.

I am not loyal to organisations or leadership; I am just loyal to principles, that’s what some people miss about me.

I am loyal to a revolutionary principle of regime change and a subsequent new social-democratic order.

I can’t be loyal to anything or anyone seeking to undermine this principle.

Another bye-election at Moselewapula ward is coming, how can the Bophirima scenario be avoided?

There is a UDC NEC meeting on the 25th of June, I hope that the matter will be discussed and everything be back on track where all opposition will rally behind one candidate.

Treating people we differ with fairly and with civility is not a bad thing.

It would be good for our politics if party leaders actually took that to heart.