OUT: Kavazovic and Rollers have parted ways

Township Rollers are on the lookout for a new head coach after parting ways with Nikola Kavazovic earlier this week due to health reasons.

Two weeks ago, the 46-year-old tactician reportedly collapsed at an airport in Serbia moments before he was due to board a flight bound for Botswana.

Although his condition is described as stable, Kavazovic is seemingly set to undergo surgery, with the recovery process expected to take around three months.The well-travelled Serbian’s one-year contract was due to elapse at the end of August, although there was an option for the club to renew.

Following a hugely successful first spell, in which he led Rollers to the league-and-cup double in the 2017/18 season as well as guiding them to the group stages of the CAF Champions League, Kavazovic’s second stint with the club proved a non-starter.

Not wanting to dwell on the issue, Pheto said simply, “We are looking for a new coach. We started training last week with last season’s squad. All players are back, we have not released any players because we are waiting for the new coach’s guidance and advice on where to fill the gaps.”

As for their administrative set-up, Mapalastina have hired Bennet Mamelodi on a three-year contract as Chief Executive Officer. The vastly-experienced Mamelodi recently left Galaxy.

Advertisement. Scroll to continue reading.
In this article:Sports, Township Rollers

Shaya is waiting to see what action the Botswana Football League takes against Township Rollers following the pitch invasion by fans after their top... 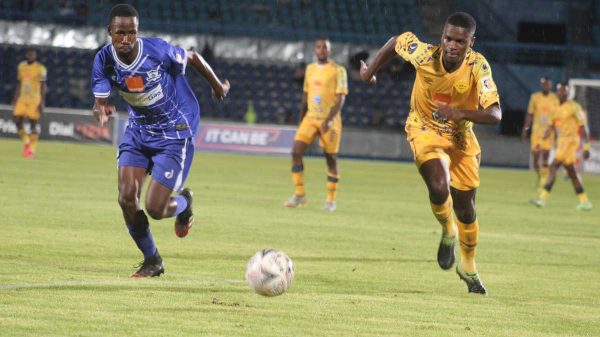 Following a gallant performance against The Copper Bullets of Zambia last week, the three players who masterminded the stealthy smash and grab at the...