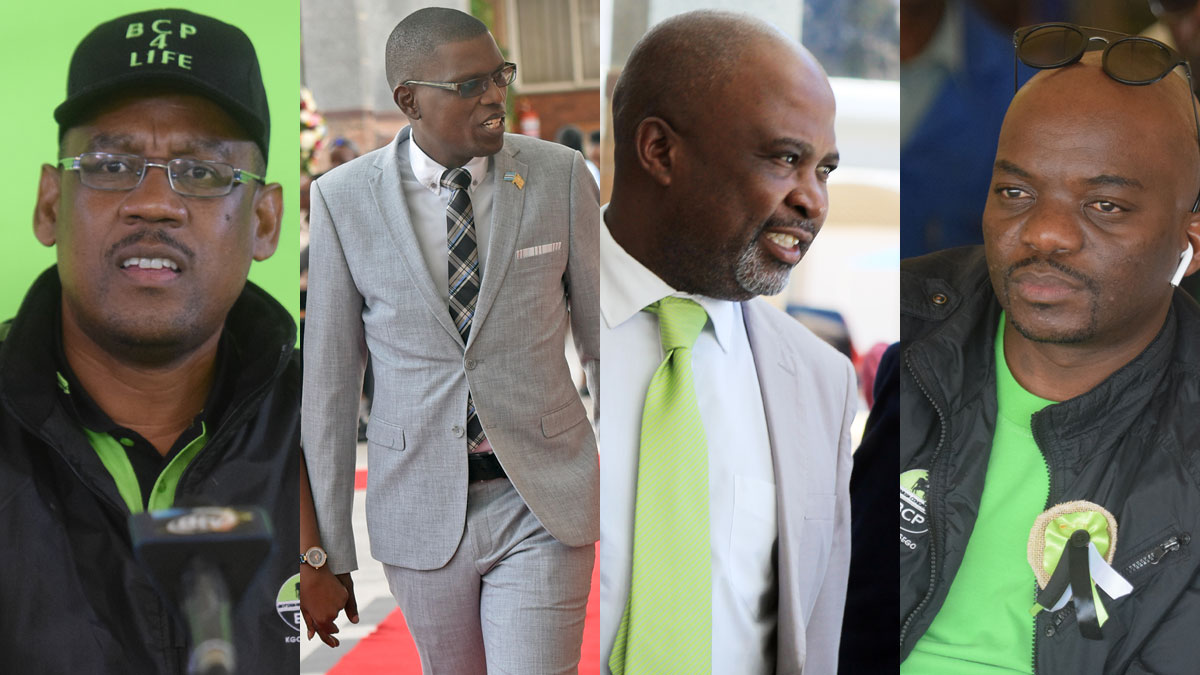 Three of the five Members of Parliament from Botswana Congress Party (BCP) who have been targeted for ousting through primary elections are proving to be a headache for the lime machine.

The three, Never Tshabang of Nkange Constituency, Dithapelo Keorapetse of Selebi-Phikwe west and David Tshere of Mahalapye West have reportedly been subjected to a blackout of all party communication as punishment for breaking ranks with BCP leadership and choosing rather to align themselves with UDC President, Duma Boko.

To drive a message home that they were no longer wanted, the sidelined MPs have reportedly been removed from a BCP WhatsApp group called, Kgololo which is a digital meeting place for party activists and Exco members.

A plot has been allegedly hatched to dismiss, suspend or vet them out for indiscipline towards the party primary elections period.

It has also been alleged that if all that fails, the party would resort to rigging primary elections to make sure that the three do not return to parliament in 2024.

However the three are unshaken from their choice to remain within the Umbrella for Democratic Change (UDC) against all odds.

“Their plan is that even if they get kicked out they will contest for elections under the UDC banner, the same way some of the Botswana Movement for Democracy members did in 2019 after their party was expelled from the Umbrella” explained a source close to the events.

Apparently by doing that the trio will be assured of a fair chance of returning to parliament and remaining under the UDC without aligning to any party.

“If Saleshando dismisses us from the BCP we will remain as UDC members but if Boko fires BCP from the UDC, BCP MPs who will resign too from the UDC will have to remain as Independent MPs or risk going for bye elections,” explained one of the MPs who preferred for his identity not to be revealed.

The MP further explained that the controversial floor crossing law does not bar one from becoming an independent candidate, “Provided you do not cross to any party, you are safe,”he said.

Meanwhile another UDC insider has told this publication that the Leader of Opposition in parliament, Dumelang Saleshando was going to have a hard time in the coming sitting of parliament as he is bound to face hostility from the trio and UDC MPs who are from Botswana National Front and Botswana People’s Party.

“They are going to frustrate as LOO because they want to replace him with Kenny Kapinga, MP for Okavango”, said the source who further revealed that a decision has been made not to fire Saleshando or the BCP from UDC to avoid tarnishing the good image of the UDC.