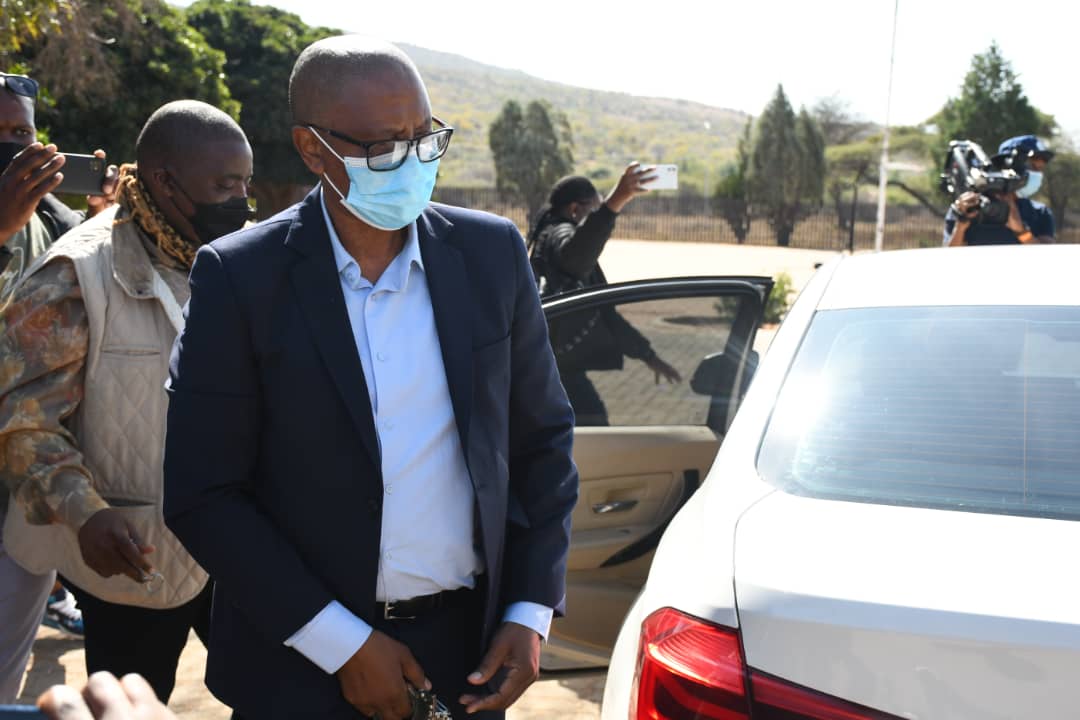 In an urgent application filed by Member of Parliament (MP) for Lobatse, Thapelo Matsheka’s, wife, Veronica Matsheka at the Lobatse high Court yesterday, the state has for the first time revealed reasons for his arrest.

Without going into much detail because investigations are still at an infancy stage, the state told the packed court room that they are investigating the murder of seven -year old Tlotso Karema and a role that Matsheka might have played in the murder.

The kidnapping and subsequent murder of Tlotso caught the attention of the Directorate of Intelligence and Security (DIS) after public protest by Peleng community in Lobatse. So far the DIS has arrested seven people in connection with the case.

Amonsgt the seven only one person, the child’s stepfather, Lovemore, has been charged and made to appear before court.

The MP and several others were arrested this week but are yet to be charged.

Matsheka, who boasts one of the most impressive resumes in parliament, was dramatically arrested at his home on Tuesday evening.

The MP has been in custody since, prompting his concerned wife to file an urgent application before the court to have him released , arguing that he had been detained beyond the stipulated 48 hours time frame for detaining a suspect without a charge.

In an affidavit filed in court, state, agent Goitseone Esely, told the court why Matsheka was arrested.

“The  right to life of Tlotso was violated in the most gruesome manner in the form of murder and for ritual killing. Tlotso was an innocent boy who met his fate at the age of seven years.

Our leads, which cannot be revealed at this stage to avoid  jeopardizing investigations, have informed the investigating officers that Thapelo Matsheka consulted several traditional doctors who performed rituals on him to avoid being arrested in relation to the murder and or ritual killing of Tlotso.These leads include traditional doctors that he consulted and who confirmed the facts around his consultations.”

According to the intelligence officer their investigations have further revealed that Matsheka created a complex web of individuals to shield his involvement in the matter.

“He will ultimately be charged once all the evidence is collected.

Consequently the detention of Thapelo Matsheka is not made without a just cause as alleged.

I wish to draw the Honorable court’s attention to the fact that investigations on the violation of a minor child’s right to life must be jealously guarded by this Honorable court as the upper guardians of all minors in Botswana, “she concluded.

Meanwhile the defence lawyers,  Unoda Mack and Dick Bayford tried to convince the court that Matsheka’s detention beyond the stipulated 48 hours was an unlawful and ill conceived on the part of the state.

They told of how state agents had sent them from pillar to post when they sought to consult their client.

In the meantime Matsheka spent another night behind bars.