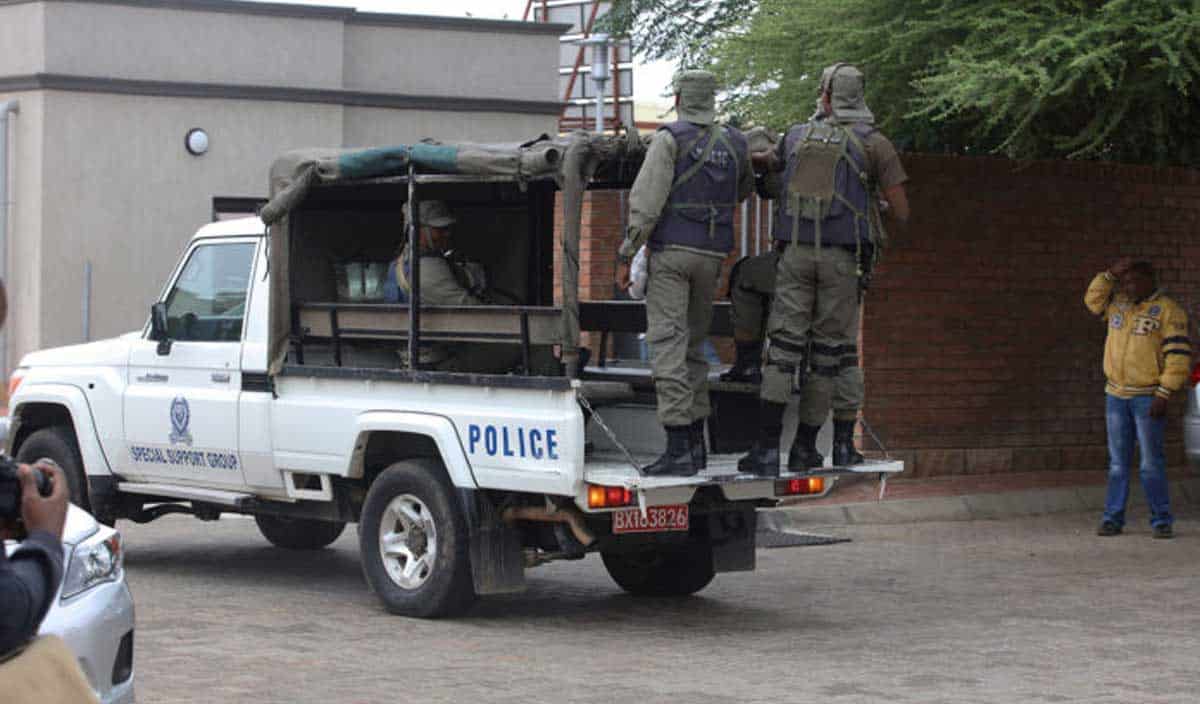 OFF TO JAIL: Police escort outside court

The duo, Andries Busani Mbatha (46) and Nkepi Magubani (41) both from South Africa, were allegedly found in possession of rifles and the police suspected they were planning a robbery.

The arrest followed a series of heist and armed robbery incidents that occurred towards the festive season last year.

The court heard that the accused persons on the 16th of November were found in possession of a grey Audi A4 motor vehicle believed to have been stolen outside Botswana.

On the second count, the duo being persons not authorized licensed or exempted in any manner had in their possession a 5.56 Calibre Vektor R.4 riffle.

On another count Magubani and Mbatha, without being licensed to possess arms unlawfully had in their possession a 9mm calibre semi-automatic pistol.

On the 4th count the two were unlawfully found in possession of 36 life rounds of ammunition.

On the 5th count, the accused persons allegedly entered Botswana at an ungazetted point of entry which forms a boundary between Botswana and South Africa.

For count two the accused were each sentenced to two years in prison, suspended for 1 year.

In count three, each was sentenced to two years in prison suspended for 1 year.

Magistrate Thedi ruled that all the sentences run concurrently and back-dated to the date when they were remanded in custody.