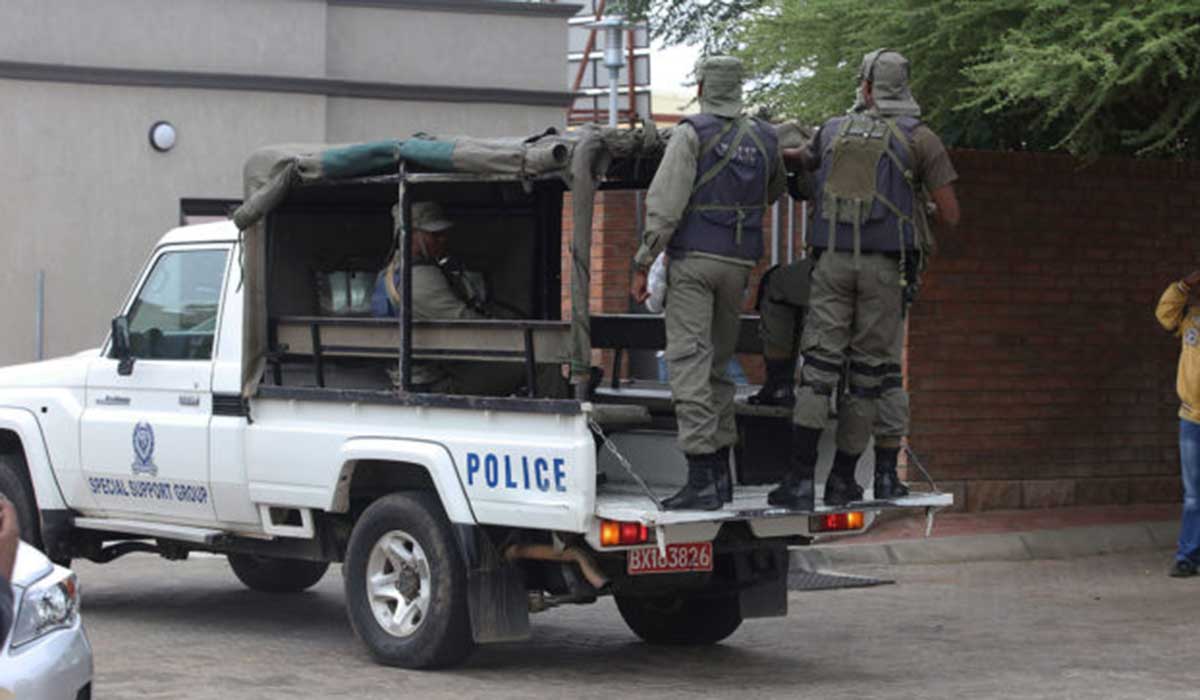 Two men linked to the recent robbery of Goodhope Police station where an arsenal of assault rifles and ammunition were stolen were arraigned before a Lobatse Magistrates court this morning.

They are believed to have been part of a gang of four men who stormed the police station and made away with the weapons.

The Court heard that the accused persons, together with others not before court, on or about the 28th of June at Goodhope Police station acting together in concert stole the guns and ammunitions.

At the time of the robbery, they were allegedly armed with axes and used actual violence in order to retain the said stolen goods. Their plea was reserved.

The Investigating Officer, Detective Superintendent Moses Temogo, told the court that they have recovered some bolt cutters from Molale and they suspect they were used during the commission of the offence.

He said the accused persons have volunteered names of the other individuals who are complicit in the commission of the offence who are yet to be arrested.

Items stolen are 13 rifles, 5 pistols, two magazines and 323 live rounds of ammunition, two short guns and one riot gun all valued at P193 550.11 being the property of Botswana government.

The accused persons have been remanded in custody and will be back in court on the 21st of July.