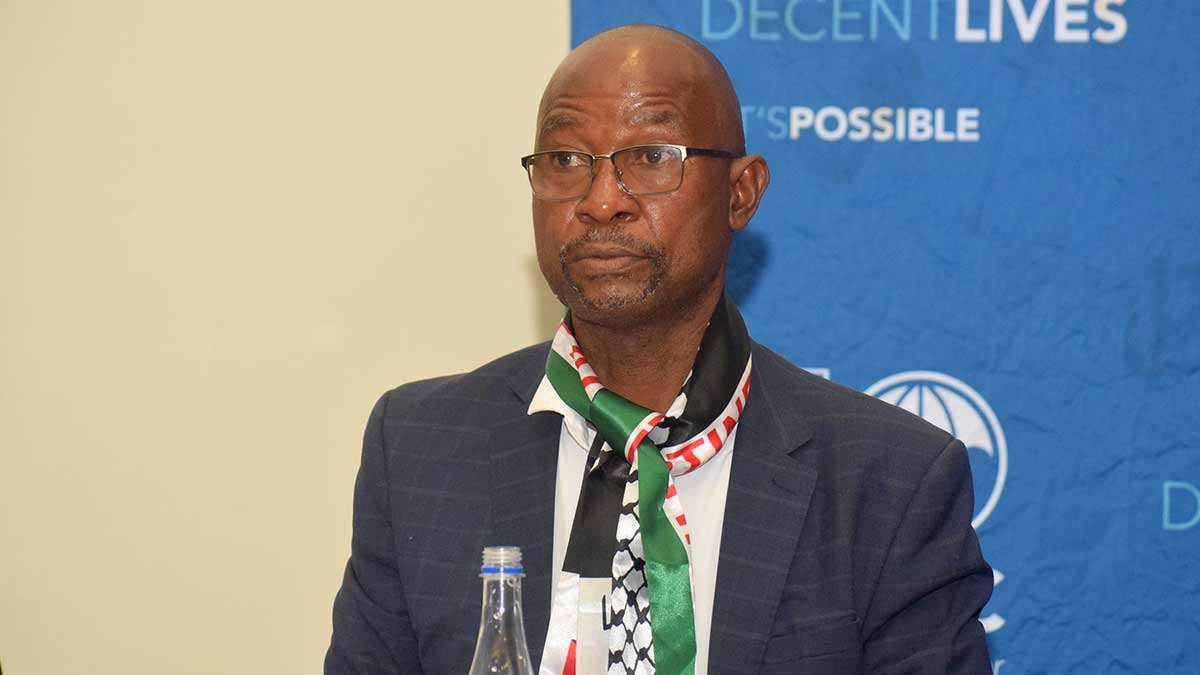 Umbrella for Democratic Change (UDC) has called upon Botswana Teachers Union (BTU), its membership and Batswana in general to help in effecting regime change by voting the UDC into power in the 2024 general elections.

Speaking at the BTU’s 6th Congress in Palapye this week, UDC Labour Secretary, Justin Hunyepa, said it is sad to see teachers crying year in and year out due to unfulfilled promises made by government during their conferences, congresses, Labour Day and Teachers’ Day.

Although he stressed that BTU has stood the test of time since its formation in 1937, Hunyepa said now was the time for the union to reflect on whether it has lived up to its mandate of improving teachers working and living conditions.

“It is a fact, teachers are not happy with the current conditions of service. You have done your best under the circumstances, but you can do far much better. You and the other teaching unions have the numbers to get what you want,” challenged the UDC stalwart.

Hunyepa pointed out the current cabinet and parliament is dominated by former teachers, starting with the president, the vice president and several ministers.

“This is really your time to eat by taking advantage of those holding real power in government.”

He noted other countries in the region have effected regime change and this has brought positive developments to the citizens and education system. Citing Zambia as the perfect example, he said their education sector is undergoing positive transformative change since voting for a new government last August.

“Be brave and change the government, comrades. Our UDC 2019 manifesto answers some of your problems,” urged Hunyepa.

He promised that if elected, UDC would restore the ‘dignity of teachers and teaching’ by introducing a productive teaching council as well as coming up with incentives for teachers and delivering first rate education that equips people with the skills to drive socioeconomic change.

“Our approach is to shift human resource development towards the skills of the future and the demands of the 4th Industrial Revolution and equip schools from primary to secondary with state of the art infrastructure and equipment and avail tablets to all learners from the primary to the tertiary levels of education.”

He added they will review and overhaul school curricula to centre around subjects that support innovation and creativity.

Advertisement. Scroll to continue reading.
In this article:Teachers urged to give UDC a tick