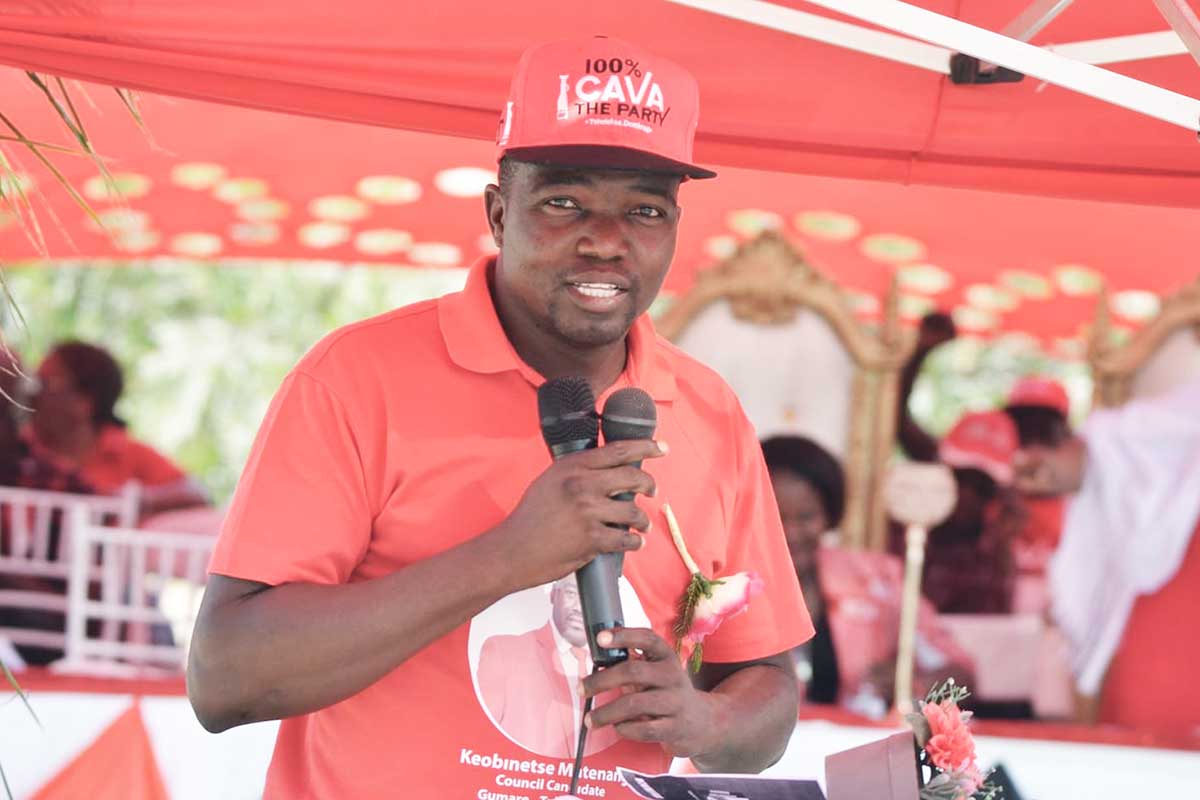 A 39-year-old Tawana Land Board member and former Ngami BDP chairman, Kabo Kurusa, has been sentenced to 10 years imprisonment for rape.

Kurusa’s brush with the law dates back to 2019 when he allegedly raped an 18-year-old lady whom he had given a ride to from Gumare to Maun at the request of her aunt, who happened to be Kurusa’s colleague.

In his sentence, Magistrate Thebeetsile Mulalo noted that Kurusa was facing serious charges which attract a minimum sentence of 10 years imprisonment unless there were exceptional extenuating circumstances.

Mulalo further expressed his concern on the seemingly rising cases of sexual assault not only in his jurisdiction but the nation at large.

“Sexual offences, especially to women and girls, have now assumed pandemic proportions in our country and should be a concern to everyone more so that our country is still grappling with HIV. The courts should do their part in ensuring that the situation is brought under control,” said Mulalo.

According to Mulalo, the submissions made by the defence that there are no aggravating factors in the commission of the offence and the good conduct of the accused immediately after the offence did not amount to exceptional circumstances and therefore call for a minimum mandatory sentence of an imprisonment term of 10 years.

The sentence will take into account the period of 17 days which he spent in custody pending finalisation of the matter.

The background of the matter is that upon arrival at a lodging facility in Maun where Kurusa and his colleagues had booked, Kurusa allegedly alighted from the vehicle with the bags of the lady and carried them to his room where she was inclined to follow him to collect them.

Having followed him to his room, Kurusa allegedly locked the victim inside, undressed her and forcibly had sexual intercourse with her.

The victim testified that after the alleged sexual act, Kurusa dressed up and brought her a plate of food and gave her P200, which she declined.

Corroborating her evidence of sexual assault, the medical officer who attended the victim reported a perforated hymen, bruised inner thighs and bruised perineum, which raised an opinion of forced penetration.

Although he denied having any sexual contact with the victim, Kurusa’s driver testified that Kurusa had confessed to them that he had had sexual intercourse with the victim, with her consent, on that fateful day.

Kurusa further alleged that the bruises could have emanated from her scratching an itch caused by a sexually transmitted infection that she possibly had.

In his mitigation through his attorney, Charles Tlagae, Kurusa prayed for a non-custodial sentence citing that he had minor children to take care of.

Tlagae also noted that Kurusa’s retired and elderly parents also relied on him as their breadwinner.

The defence further noted that he deserved a second chance since he was a first offender and sending him to prison would not serve him any good as it would expose him to hardened criminals.

In the end, the defence team asked to be furnished with the record of proceedings to enable them to launch an appeal of the sentence.

In this article:Rape, Ten years in the slammer