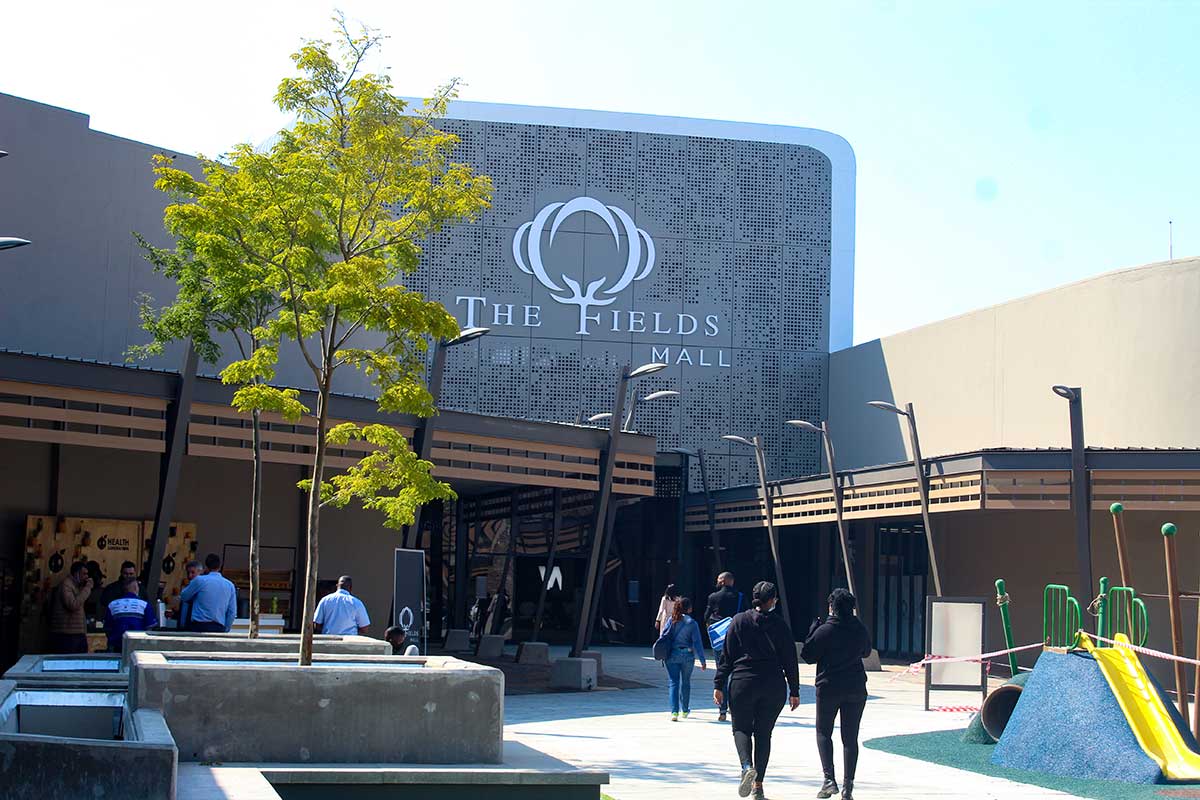 The Fields Mall in Gaborone’s Central Business District has finally opened for business to provide locals with a new shopping experience.

The New mall which welcomed customers on Thursday houses some of the biggest retailers such as Woolworths, Pick n Pay and Funmart just to mention a few.

In addition to the well known retailers, there’s Mr Price Sport, Pep Home, Doppio Zero and Westpack who are all making their debut in the local retail market.

Speaking during a media tour of the facility, Project Manager Hennie Steyn said most of the shops are expected to open by the end of August.

“We are bringing stronger fashion brands in here and we are very excited about that. In order to ease traffic from Gaborone Bus rank into the mall we intend to design and construct a pedestrian canopy for safer movements,”he said.

In addition, the mall has an underground parking with a 600 car capacity, as well as three exit points to ease movement and reduce traffic.

The construction of the mall started way back in September 2020 on a 27 000 square metre piece of land owned by Smart Partnership Enterprises.

In this article:The Fields mall opens up for business