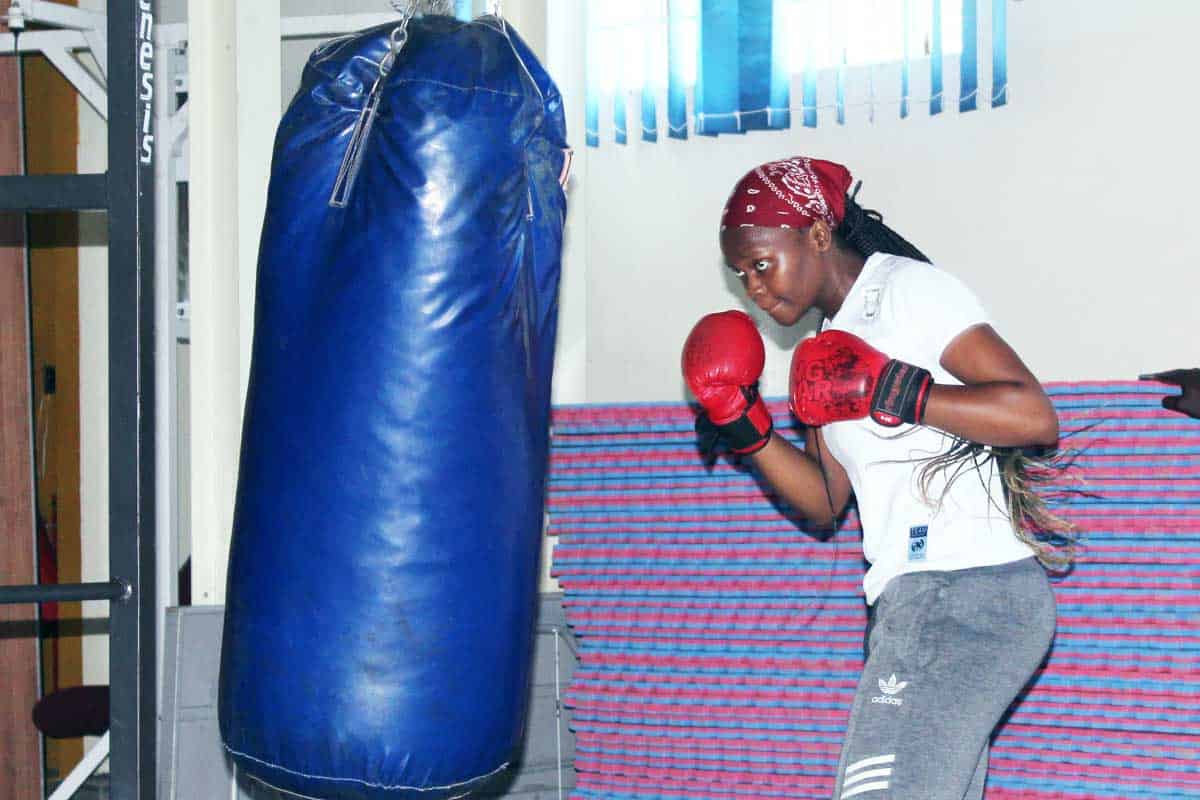 Kenosi back in training after five-month break

Having taken a five-month break from the sport to recover from the strains of last year’s gruelling Olympic preparations, boxing sensation, Keamogetse Kenosi is back in training and hungrier than ever.

The fiery Francistowner, who turned 25 on Monday, has been putting in the hard yards as she looks to regain the fitness and form that saw her become the first female boxer to represent Botswana at the Olympic Games.

Treating Voice Sport to a behind-the-scenes sneak peak of her fitness regime at BDF Donga in the second city, Kenosi revealed she resumed training last week.

“I am back. I’m stronger and ready to compete,” declared the African champion, a determined gleam lighting up her dark eyes.

Gliding around the spacious gym with effortless grace, her subtle movements in sharp contrast to the ferocity with which she pounds the punching bag, Kenosi admits she was burnt out after the Olympics.

“I needed a break from boxing. We were in camp for over six months leading up to the Tokyo Olympics!” she says simply.

Following well documented struggles with her weight, as well as falling out with her coach, Lechezani Luza, who reportedly accused her of misconduct, missing training and fleeing from camp, Kenosi is anxious to move on. The fire is burning again.

“Luza and I are on good terms and stronger than before even though sometimes we have our ups and downs. I can’t wait to get back training with him!”

Overseeing Kenosi’s conditioning in Ghetto, Francistown-based national team coach, Chedu Ntoti, is confident he can whip Kenosi back into shape and help her shed the excess weight she is currently carrying.

“We are preparing for the BoBA inter-club tournament scheduled for the 29th of this month. It is the first boxing event to be held locally since Covid hit,” revealed Ntoti, adding he wants Kenosi to move up from the 57kg category to compete in the 63kg featherweight instead.

Although there is still much work ahead for the golden girl of Botswana boxing, Kenosi is confident she can once again reach the peaks that saw her represent the country on the biggest stage of all, the Olympic Games.