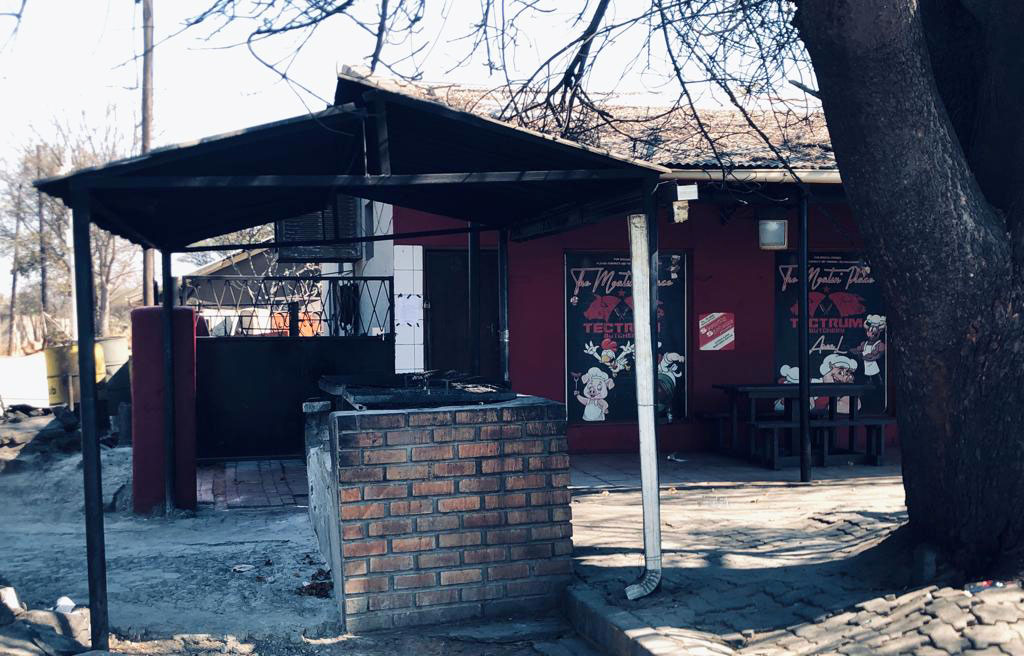 FIRES OUT: No meat in Area L

The suspension of all exports of cattle and related meat products by the Botswana government following suspected cases of foot and mouth is beginning to hit citizens where it hurts: both in the pocket and the stomach!

Two weeks ago, on 24 August, The Acting Director of Veterinary Services, Kefentse Motshegwa announced the ban to allow authorities to investigate a suspected outbreak of the disease in the North-East District.

This followed a similar move in South Africa earlier in the month following detection in three provinces.

The ban on the movement of cattle and other cloven-hoofed animals is robbing the country of a significant amount in export revenue.

Botswana is one of the biggest exporters of beef to the European Union where it enjoys duty and quota free access.

According to the Bank of Botswana statistics, the country’s export earnings from beef dropped from US$130 million in 2010 to US$20 in 2020, representing a startling decline in revenue amid the Covid-19 pandemic.

The losses could more than double with the possibility of tens of thousands of infected cattle culled to control the spread of the disease.

The ripple effect of the ban is already being felt by the ordinary man on the streets of Francistown.

First to feel it were hawkers who make money by selling affordable meals to the masses.

Make-shift roadside restaurants once filled with life have been abandoned, while braai areas at popular night spots such as Areal L are looking ghostly.

In fact, the two popular butcheries in the complex have both temporarily closed, with a similar scenario playing out across the city, as butcheries in Area W, Bluetown and Somerset suffer similar fates. 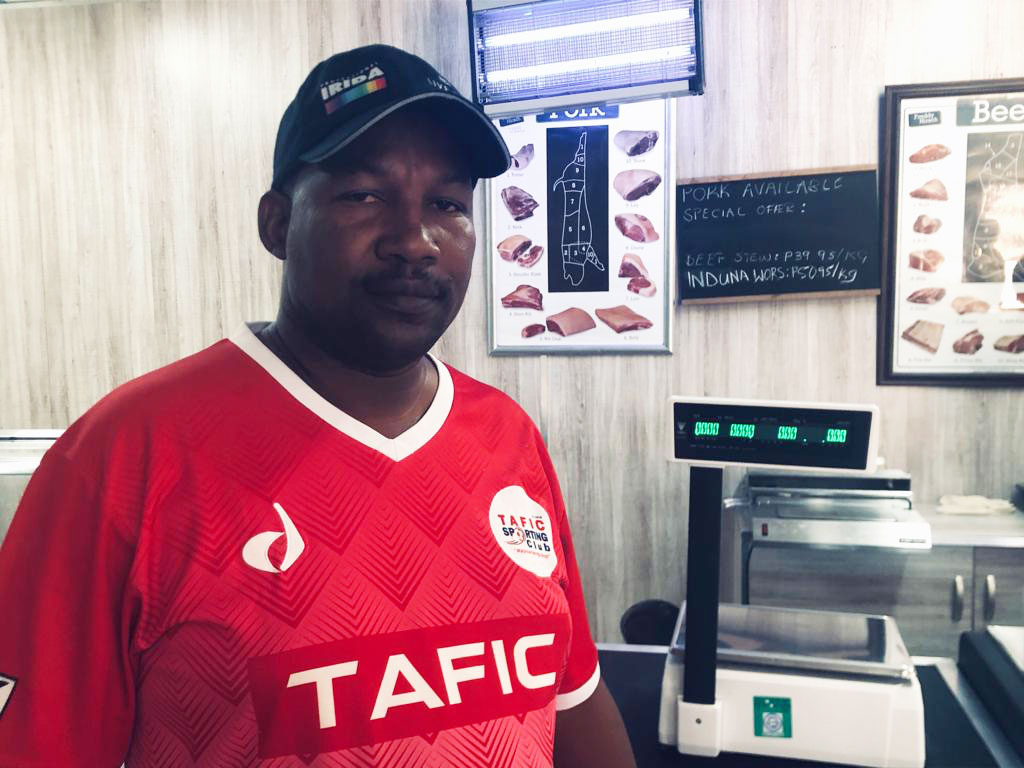 A butchery owner in Donga, Legora Sianang, who ran out of stock at the weekend, told Voice Money if the situation does not improve he may also close shop.

“Business has come to a standstill as you can see. We only have chicken available, and cannot afford to source carcasses as far as Rakops as that’ll be too costly,” Sianang said, pointing to his empty freezer in despair.

Sianang said being in Zone 6A, which is amongst the most affected, means it could be a while before normal operations resume.

“These are challenges we face as business people. We can only hope the situation is brought under control before it brings the city’s economy down,” said the Manager of the newly opened Xhail Butchery.

The situation is, however, different at United Butchery at Donga shops. 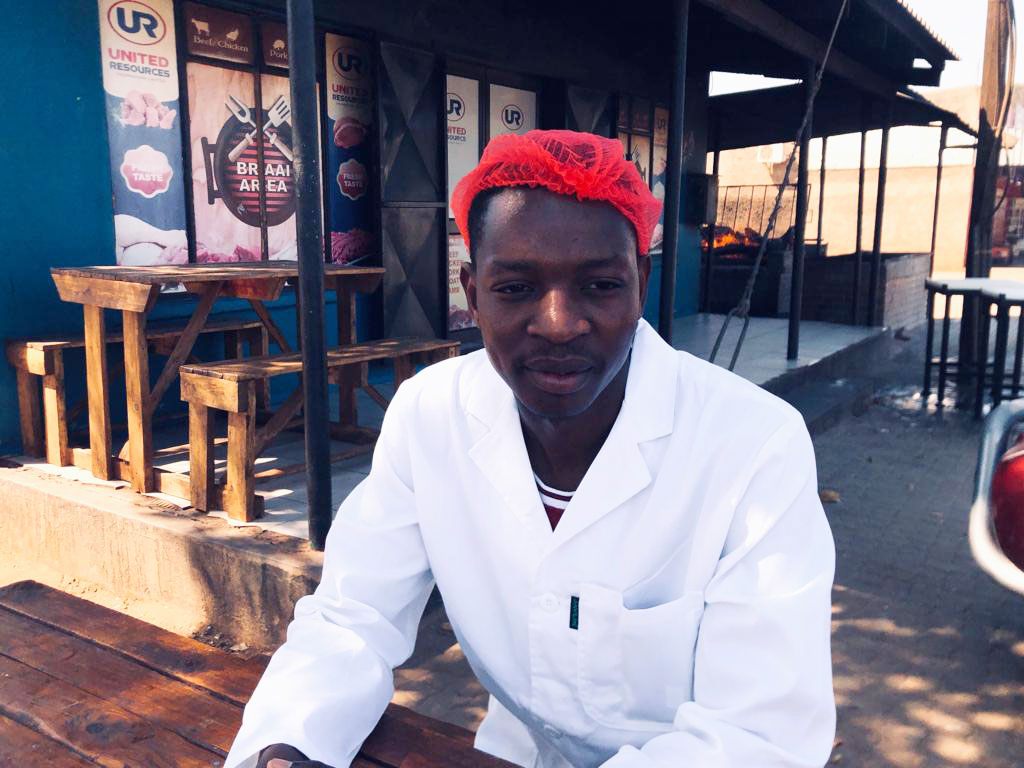 STILL COOKING: The fire is still burning for Nyambe

Manager, Thatayaone Nyambe says their stock ran out on Tuesday and they’ve been sourcing their meat in Rakops, 352km from Francistown.

Operating under the Botalaote Abattoir, United Butchery remains one of the few in Francistown to still have meat.

“We have a slaughter and warehouse. So when the ban was announced we still had stock, and we recently managed to buy more from Rakops,” he explained, adding sourcing meat from so far away has inevitably resulted in a rise in prices.

“Unfortunately prices have to increase; you do feel for customers but it’s the only way we can make profit!”

Nyambe’s statement was reiterated by Monarch Councillor, Gopolang Almando, who has witnessed small eateries in his ward close shop in the last two weeks.

“They’ve no choice. No one can make profit if stewing beef increases from P38 per kg to P65 per kg. It doesn’t make business sense,” he said.

Not only is the ban affecting the butcheries and hawkers, it also means traditional celebrations like paying of the dowry (magadi) have to be postponed.

Popular chef, Thapelo Delu, who’s usually engaged to cater at such events, told Voice Money some of his bookings are being cancelled due to lack of meat.

“Who’ll agree to get married when there’s no meat,” he asked.

“I was fully booked for September but already some of my clients are thinking of postponing. Usually I bring my own stock for these event, but currently I can’t find meat anywhere,” he grumbled.

“There’s plenty of chicken, but I doubt anyone will have a chicken only wedding,” added Chef Delu.