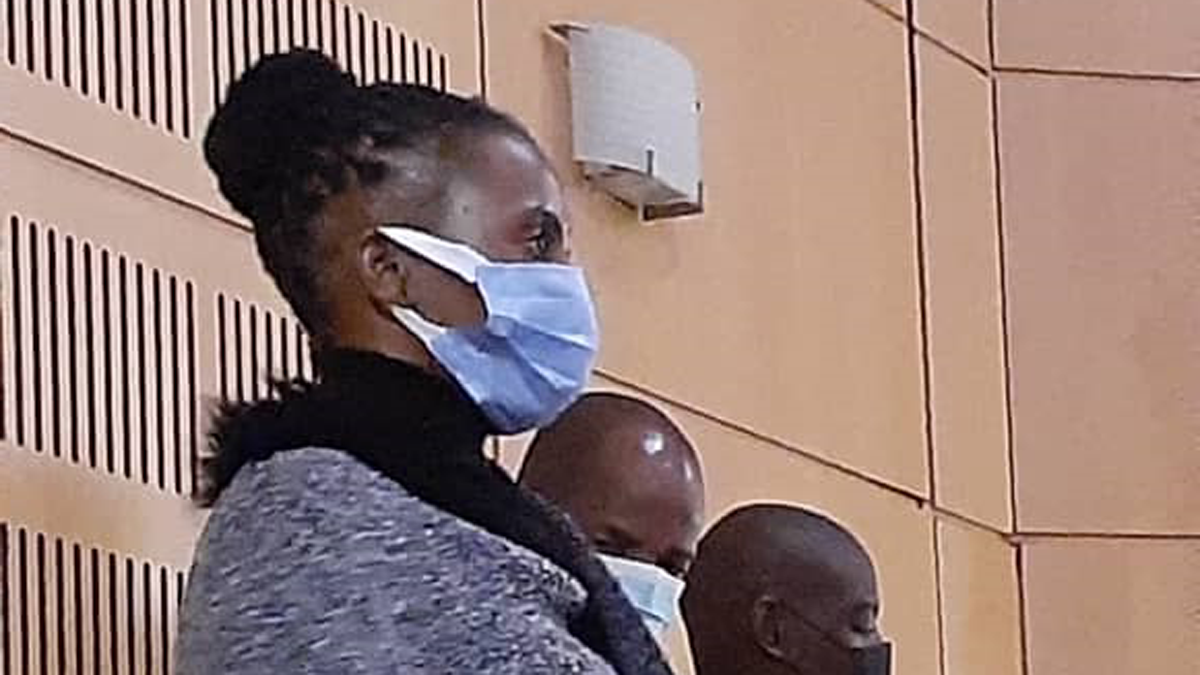 The Molepolole mum who faced the wrath of social media last month after she was filmed forcing her blind toddler through a burglar barred door was granted bail on Tuesday.

However, as of Wednesday afternoon, Kgomotso Chaka, 27, was still languishing behind bars, struggling to pay the P2,000 price her freedom was set at.

Although the mother-of-two told the Magistrates’ Court she has fallen on hard times and survives through temporary jobs, court saw fit to put a P2k price tag on her bail, ordering she provided two sureties bound to the same amount.

Chaka, who has pleaded guilty to subjecting her two-year-old son to torture, cruel or inhuman treatment, gained notoriety when her antics were made public by popular Facebook page, Maelodilotlhoko News Boiler on 16th May.

Telling court she was full of remorse as she begged for bail, the Ga-Morwa ward resident said, “Ke itharabologetswe ka se ke se dirileng (I came back to my senses on what I did). I have two children aged 10 and two, the one that I’m here for the offence I committed involving him. 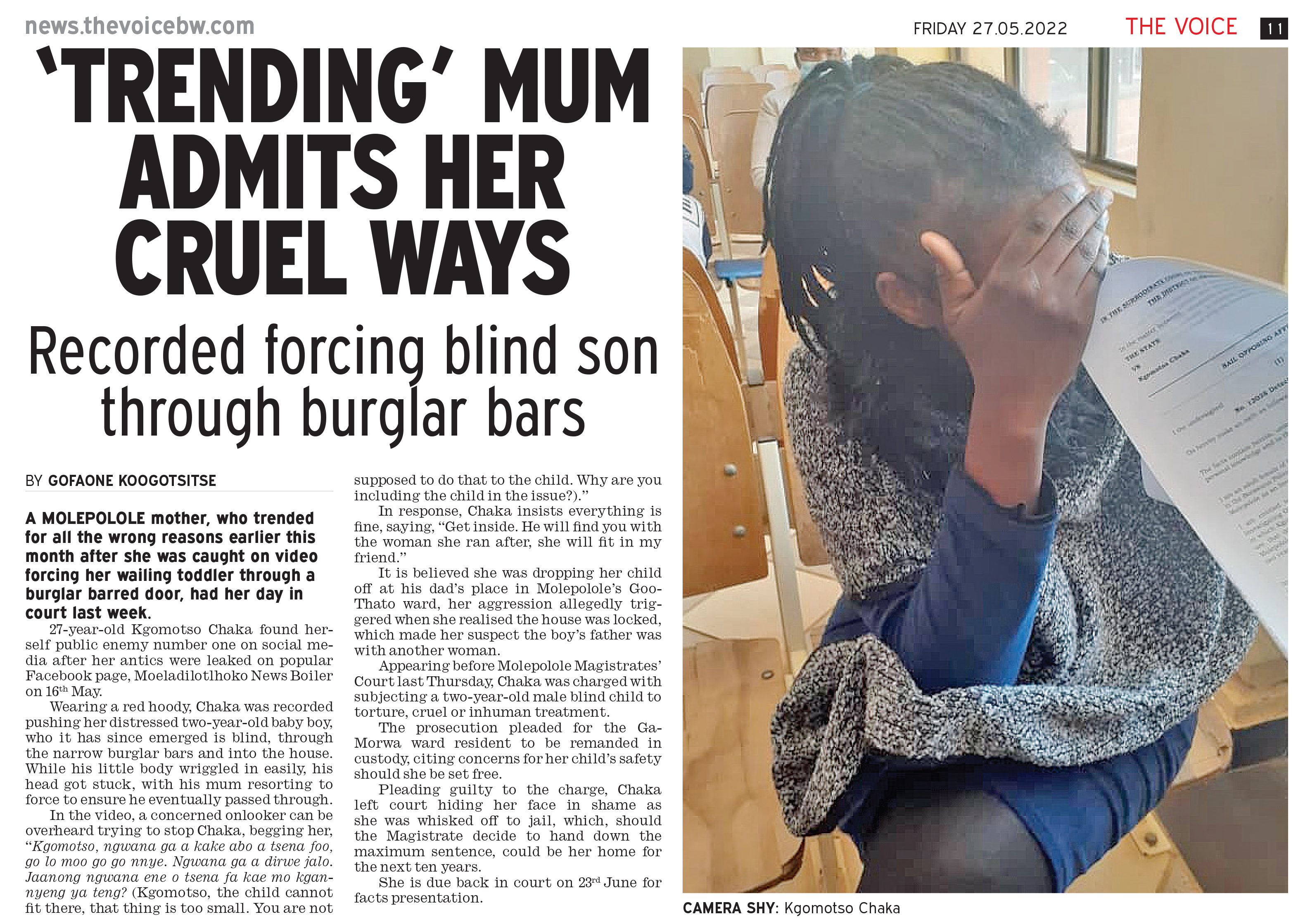 “I am the one caring for them by looking for piece jobs and also caring for my unemployed younger sibling. I do not have parents; I promise the court that if released on bail, I will comply with the conditions.”

Unfortunately for the trending mum, the financial condition could prove impossible for her to comply with.

Other conditions included staying away from her son, who is currently being cared for by his father, until finalisation of the matter.

The case was scheduled for facts presentation; although the prosecution were ready to proceed, the presiding magistrate was unavailable, meaning the court date was postponed till 30th June.

Chaka rose to infamy overnight when she was recorded pushing her wailing baby boy through the narrow burglar bars of a house’s front door. While his little body wriggled in easily enough, the child’s head got stuck, with his mum having to force it in despite an onlooker begging her to stop.

It is believed she was dropping the youth off at his dad’s place at Goo-Thato ward, her aggression allegedly triggered when she realised the house was locked, making her suspect the boy’s father was with another woman.

She faces up to ten years in jail if the magistrate sees fit to enforce the maximum sentence.

Advertisement. Scroll to continue reading.
In this article:Court Stories, News, Too broke for bail