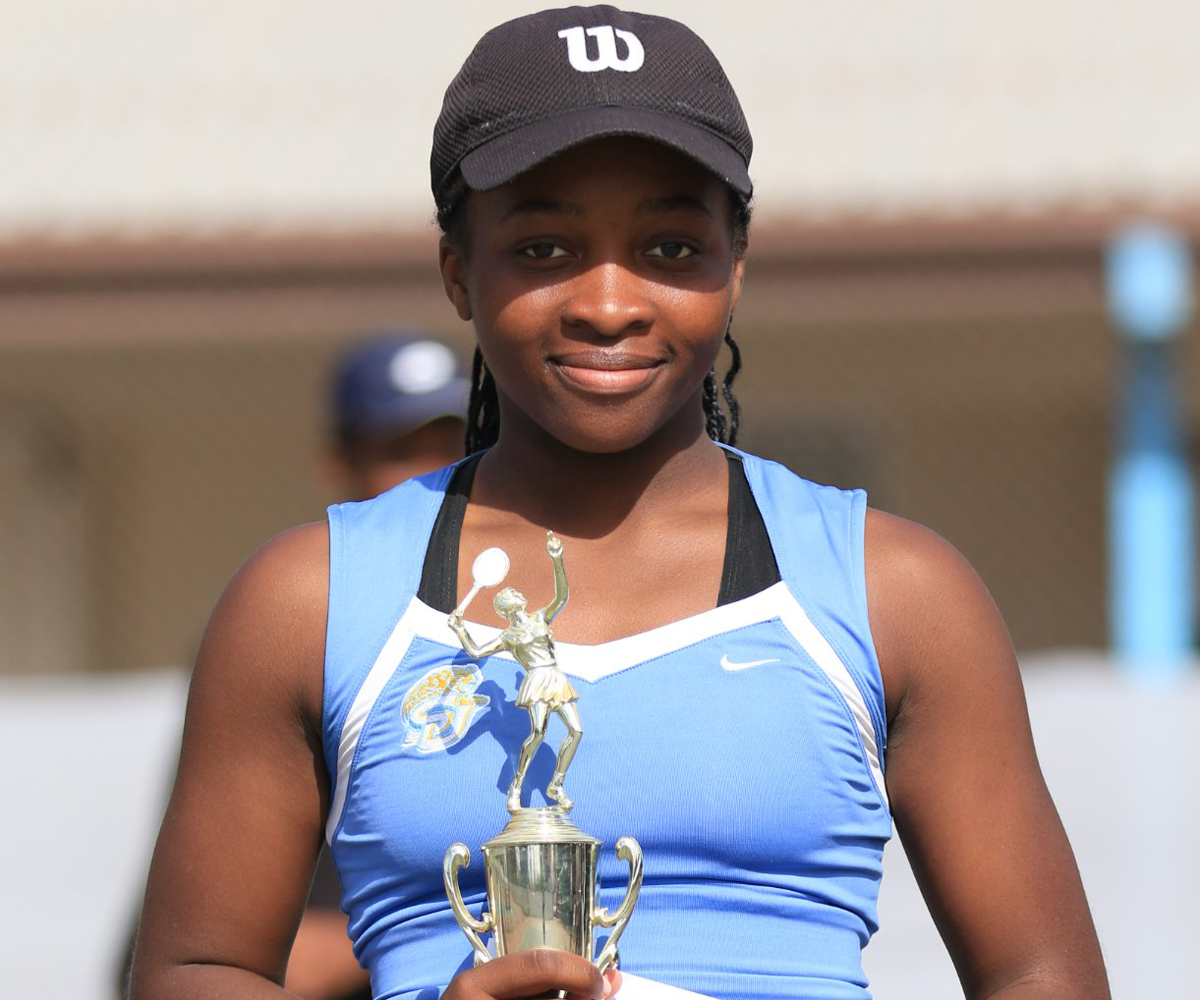 One of the brightest prospects in ladies tennis, Chelsea Chakanyuka, came of age over the holidays, sparkling on the hard courts of Notwane to be crowned Botswana Open Champion.

The 16-year-old was far too hot for the competition to handle, dropping just seven games in three matches on her way to the title.

Showing her intentions early, Chakanyuka served up what is known as a double bagel in her opening match, crushing the unfortunate Miyako Yoshida 6-0, 6-0 after receiving a bye in the first round.

Continuing her ruthless form in the semis, Chakanyuka cruised to victory over Laone Botshoma, recording a comprehensive 6-1, 6-0 win.

The final was more competitive, with Kelebogile Monnayoo much tougher to breakdown. Ultimately though, Chakanyuka’s superiority shone through, slicing, spinning and smashing her way to a 6-4, 6-2 victory and a P4, 500 pay day (Monnayoo walked away with a P2, 500 cheque consolation).

Speaking to Voice Money on Wednesday, a day after being crowned champion, Chakanyuka was still buzzing with excitement.

“It really means a lot, even though my semi-finals match was better than my final but I achieved my ambition which was to go all the way and win it,” she said.

The teenager hopes the success will prove a launching pad for a stellar career, with dreams of emulating one of the greats of the game: 23-time Grand Slam winner, Serena Williams, 40.

“I model my style of with play with that of my role model Williams; I hope I will be like her one-day,” said the country’s top seeded-player of the American legend.

Vowing to keep putting in the hard yards in practice, Chakanyuka added, “I am not going to let this win get into my head but continue to work hard at training so that I can win the next International Tennis Federation (ITF) tourney; it can help me gain points and improve my rankings.”

Meanwhile there was an upset in the men’s singles, with red-hot favourite and top seed, Denzel Seetso falling in the semi-final in a three-set rollercoaster with eventual winner, Shane Tapera of Zimbabwe.

After losing the opening set 6-4, Seetso, 17, fought back to take the second by the same scoreline. The deciding set went all the way to a tie break, which the Zimbabwean won 7-5, knocking Seetso out by the finest of margins.

The final proved a slightly anti-climax affair, Tapera too good for Mark Nawa to win the tournament 6-1, 6-4.

Just like in the women’s event, the men’s champion also emerged triumphant in the doubles, Tapera joining forces with Seetso to clinch the trophy 6-3, 6-0 against Best Ndebele and Onkabetse Matong.