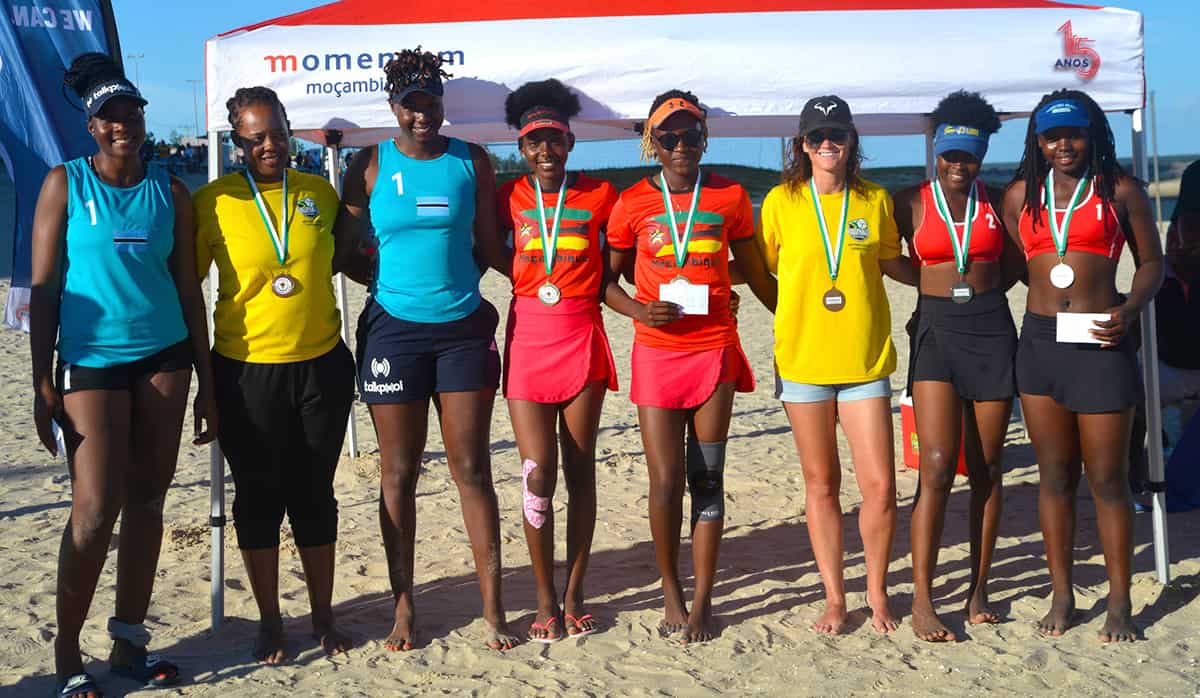 Volleyball stars, Tracy Chaba Disang and Thapelo Kamberuka have done it all. They are among the most decorated local volleyball players.

Having plied her trade in the Algerian and the United Arab Emirates leagues, and a member of the senior national team for 14 years, Disang has over the years become the sport’s brand ambassador.

However, despite her blossoming career both at Kutlwano Volleyball club and the national level, the highly rated attacker at times cut a lonely and frustrated figure due to the state of the sport in the country.

Lack of volleyball action has hampered the progress of many talented individuals, and reversed the gains of national teams made over the years. For players like Disang who have been servants of the sport from a young age of 14, a new pathway was imminent.

“I started playing beach volleyball. Initially it was just for fun, but I eventually fell in love with the sport, and currently I’m focused on it,” she told Voice Sport.

The Nshakazhogwe born lass, whose early interest was netball has partnered with fellow Kutlwano Volleyball Club teammate Thapelo Kamberuka for this journey through an unchartered terrain.

The pair was in Mozambique over the weekend representing the country, and finishing an impressive fourth from a group of nine teams in their first international outing.
“It was our first time competing at that level, and it was a very good experience,” she said.

Disang said although they were making their maiden appearance, they did well taking all their opponents to a deciding set before losing in the loser’ final to finish fourth.

“We lost all our matches 2-1, and this shows we put up a brave fight. We still have a long way to go though, our level is a bit below par,” she told Voice Sport.

The 2015 Zone VI All Africa Games Qualifiers Most Valuable Player says unlike at club level, getting sponsorship for beach volleyball activities is easy.

“It is also rewarding for us individually. There’s monetary reward in every single tournament we play, and this for someone who no longer has age on their side feels like the best thing to do. The world over, best volleyball players retire into beach volleyball, and like I’ve already stated I also want to learn more and develop into the sport, although I’m not lost to indoor volleyball,” she told Voice sport.

The veteran said with beach volleyball she doesn’t have to relocate to any country to get paid.

“I can take part in small tournaments in Southern Africa and still make money. It is still a new phenomenon here and I’m happy to have an equally dedicated partner. A partner in this sport is everything, you need someone who understands you well. You must have that telepathy to succeed,” Disang said about her equally towering partner.

For her part Kamberuka also said while she’s intrigued by the prospects of beach volleyball, indoor sport still has a place in her heart.

“That’s where we started, and we can’t simply transition. We’re still new in this sport and we’ll take our time to grow before we can have the confidence to finally focus on the beach,” she said.

Kamberuka is another of the female athletes with vast international experience. She turned up Rwandan side Kigali Volleyball Club in the highly rated Rwandan league.