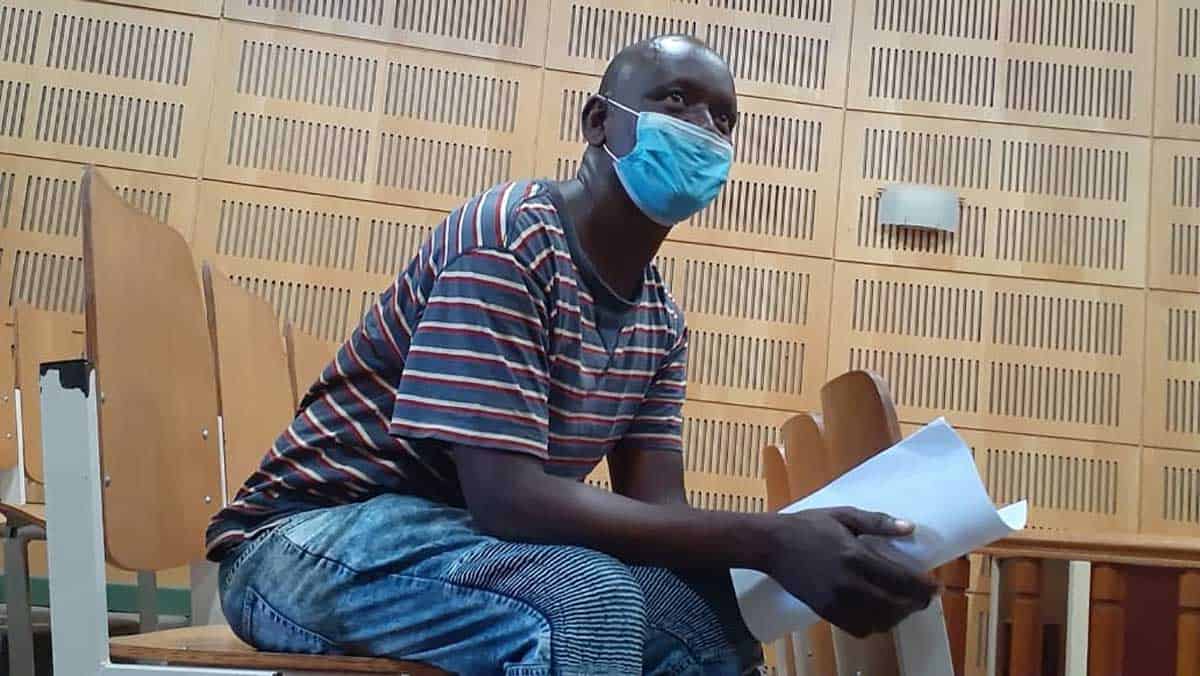 IN THE HOT SEAT: Gwakuba

A Botswana Defence Force (BDF) soldier based at Thebephatshwa Air Base has landed himself in trouble after allegedly threatening to kill his wife following a Valentine’s Day fallout.

Although the complainant begged for the charges to be dropped, 38-year-old Tinaye Gwakuba will spend the next three weeks behind bars after he was remanded in custody by Molepolole Magistrates Court last Thursday.

Reportedly angry with Kelebogile Kepuyamore, 35, for ringing him up and asking him to buy electricity, the Lance Corporal is said to have uttered the following warning to his wife over the phone, “Ha nka go fitlhela o na le Mmagwe Jobe ke tlile go go bolaya, (If I ever find you with Jobe’s mother I am going to kill you).”

It has not yet been established who Jobe and his/her mother are or indeed why the army man would get so upset at being asked to purchase power.

After reporting the matter to the cops, Kepuyamore is believed to have told them her husband has become verbally abusive since they tied the knot in 2017.

She seemed to have a change of heart though and stood alongside a shackled Gwakuba as officers escorted the shuffling soldier out of court towards the waiting police van.

Close to weeping, the wife tried to convince the boys in blue she wanted the matter withdrawn. However, she was reminded that when she reported the incident to the cops, they sat down with her and explained exactly what would happen should the case be registered at court. Her response at the time had allegedly been that she did not care if her husband went to jail.

It is believed she has since written a withdrawal statement to the police to drop the case as she fears it might cost Gwakuba his job.

Earlier, the accused soldier was furnished with a bail opposing affidavit from the Investigating Officer, which he was advised to respond to in the next mention, scheduled for 22 March.

The Prosecutor, Assistant Superintendent, Uyapo Koketso had urged court not to give the suspect bail on the basis that investigations were on-going and witnesses still to be located. Koketso also voiced his fear that if freed, the accused might make good on his threat.

Meanwhile, Gwakuba is set to hit back with an urgent application that his next court appearance be brought forward.