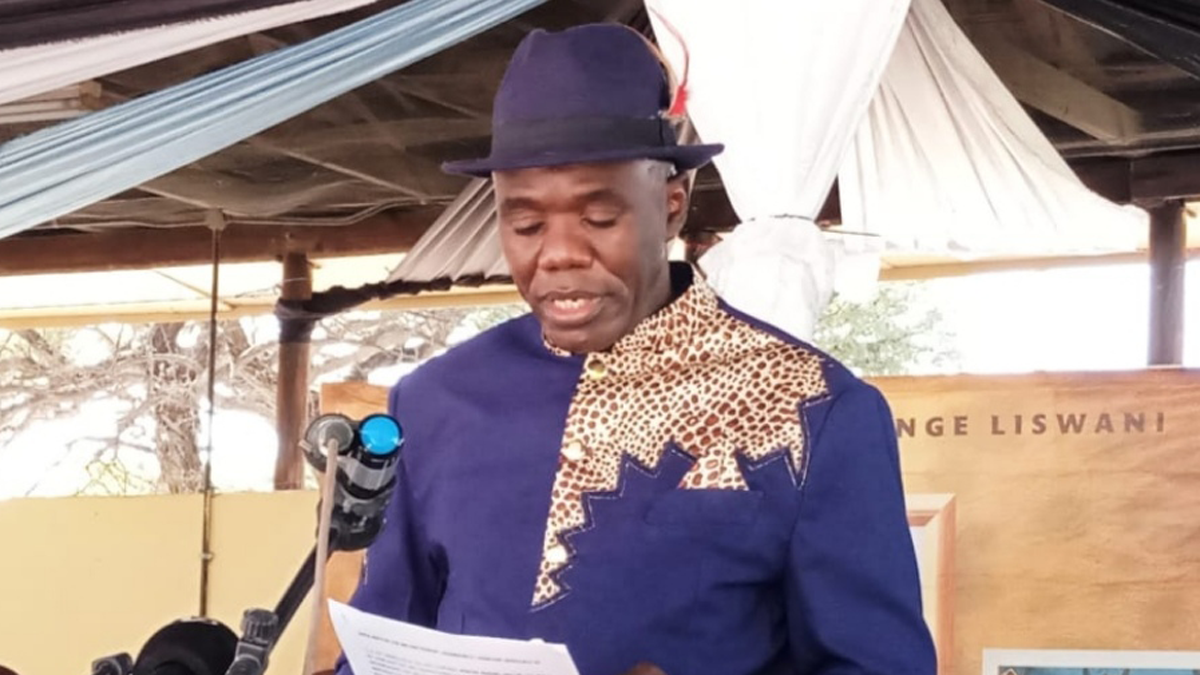 Seven months after being officially Coronated as the Paramount Chief of the Vekuhane or Basubiya taking over from his father, Munitenge Lawrence Liswaani Sinvula II is on a mission to unite his tribe and resuscitate their culture.

Speaking during his visit in Rakops over the weekend,Munitenge Sinvuala II revealed that it was important for them as the Veekuhane in Chobe to solidify their relationship with those in Boteti as well as Gumare since they are one people.

“We are delighted to be here. It has been about 146 years since some of the Vekuhane settled in Boteti and Gumare. My own Grandfather Nkonkwena Leswani II was born in Rakops and was eventually buried here. We came so that we can get to know one another after separating for such a long time” said Munitenge Sinvula.

Sinvula further applauded the Vekuhane of Boteti for having peacefully co-existed with other tribes without interfering in their internal matters and also invited them to return to Chobe if they so wished.

“A dignified tribe co-exists peacefully with others, I am proud that we have never had any case of any of you fighting over land with the locals and that is how one should behave as visitors. I want to let you know that your land and chieftainship is in Chobe. You are welcome to return home anytime,” said the chief

The Boteti Vekuhane representative, Bob Mabego revealed that the chief’s visit has answered some of the questions that they had all their lives.

“We have found ourselves in Rakops and some of us did not know how we ended up here since most of the people who were present at the time are now deceased. We are grateful for the history that is being made today,” said Mabego.

For his part Machana Ronald Shamukuni said that it was historic to witness the Vekuhane in Boteti being recognised and followed up by the leadership for the first time after 146 years of separation.

Speaking on behalf of the Vice President who is also the area Member of Parliament for Boteti West Mr Slumber Tsogwane , Senior Private Secretary to the Vice president Othata Botsetswe said that the Basubiya tribe was officially recognised in 2016.

The Vekuhane are said to have settled in Rakops in the 1800 after fleeing from the Kololo invasion from Impala Islands in the Caprivi Strip.