LIGHTING UP THE STAGE: Makhadzi with special guest Maxy

It was supposed to have been dead and buried. Never to rise again. However, the annual Home Coming Concert (HCC) arose from the ashes and critics were fed a cold, humble pie.

Following dramatic hours after the cancellation of the popular show in December last year, the founding organiser and Chief Promoter Bannye “Easy B” Sesupo of Monate Fela fame was the most hated man.

Thousands of revellers had to make last minute changes to their festive plans as many more bayed for Easy B’s blood.

When he announced earlier last month that the show will go on, social media went on overdrive and made a mockery of the announcement.

Fake flyers bearing names such as Eminen and Tupac made rounds on Facebook, proof that no one was ready to believe anything coming out of Easy B’s mouth.

However come showtime, all the main acts came to perform on Saturday. Makhadzi set the stage on fire early on before she rushed to Gaborone for another gig.

Casper Nyovest, DJ Tira, Heavy K, Vee, Ban T and all the artists did their part to restore HCC’s reputation which was hanging by the thread.

Speaking to Voice Entertainment, Easy B could not hide his happiness with how things eventually turned out.

The promoter said what happened in December was never going to stop them from believing in the brand they started building 12 years ago.

“We learned from our mistakes and we’re moving forward,” he said.

The Monate Fela legend, whose name has over the years been associated with trickery and dishonesty said what most people don’t understand about the industry is that they also lose a lot of money.

“My brother 80 percent of our shows don’t make any money, but we can’t stop because the reality is we have a social contract with people. They’re looking forward to this event every December, and we’ve to stage it no matter how much money was lost in the previous one,” said Easy B, adding that the rescheduled HCC February show was more expensive than the one that never was in December.

Responding to accusations of trickery and dishonesty, Easy B said the accusations really hurt him.

“It was difficult to hear people saying I ran away with their money. The truth is 90 percent of ticket holders were refunded and the remaining 10 percent were allowed to use their tickets for the rescheduled show,” he said.

“We didn’t make any money but I’m just happy that we showed once again that we can deliver. The response I received from those who attended and well-wishers has been humbling,” Easy B said.

Buoyed by the positive reviews, Easy B revealed to Voice Entertainment that plans for the 2020 edition are already at an advanced stage.

“We’re going to announce our first international act next month,” he said, and added, “We’re doing this for the people.”

In this article:Easy B, Entertainment, Home Coming Concert 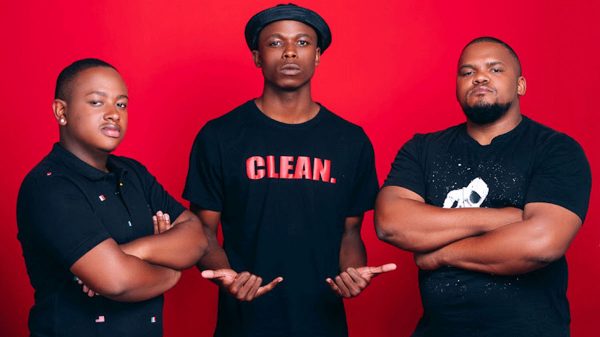