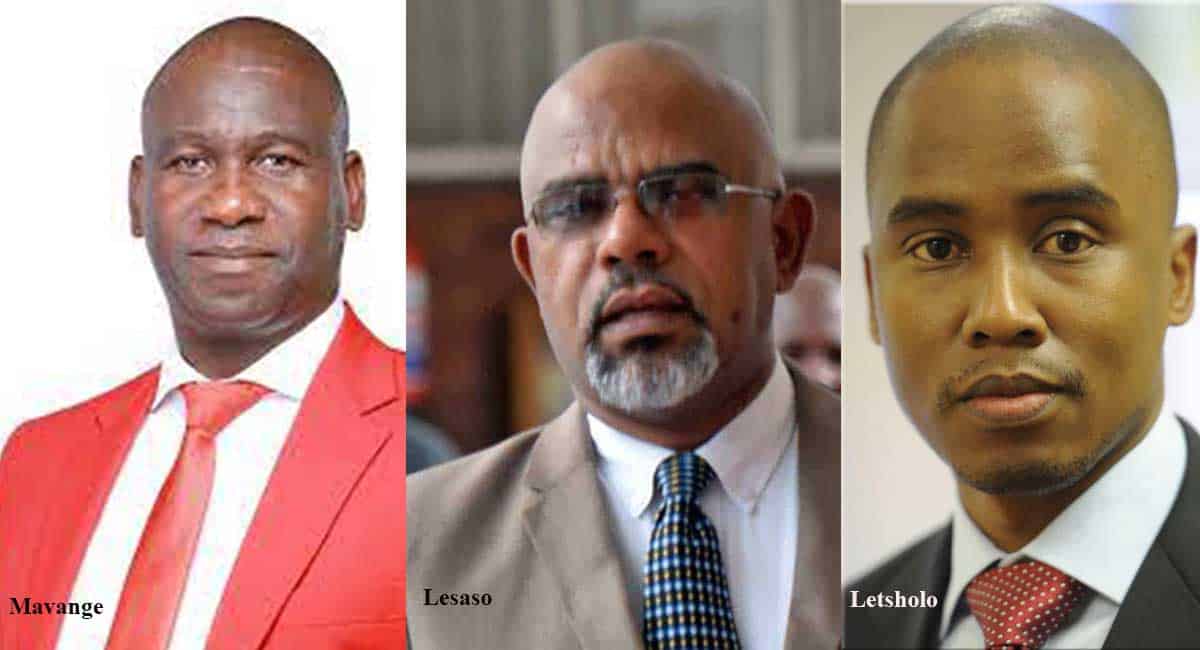 As all evidence points to a possible Cabinet reshuffle in a few weeks, and probably days’ time, following last year’s resignation of Minister of Laboour and Productivity Mpho Balopi, speculation is rife that President Dr Mokgweetsi Masisi will consider his replacement from three male backbenchers.

With a very limited number of experienced MPs, and no former minister in his backbench, there is a general feeling that the president will focus on three MPs.

AUBREY LESASO
The former member of Umbrella for Democratic Change dumped his party in early 2021 for reasons he never disclosed.

He has demonstrated maturity in his debates during his time as opposition MP and as member of the ruling party after his defection.

From his parliamentary contributions, he has demonstrated an indepth appreciation of issues ranging from economics, environment, and social issues that touch the lives of Batswana on a daily basis.

The MP for Shoshong is the first opposition legislator for the area.

Some political analysts believe the constituents voted for opposition in protest against what some people termed as unfair treatment of former President Lieutenant Gen Ian Khama by the Masisi Administration.

Others however, argue that the Shoshong legislator may not be Masisi’s perfect bait for the constituency as he awaits a harsh punishment from the opposition voters in 2024 for betraying them.

On paper however, there are high chances of Lesaso getting the president’s attention.

THAPELO LETSHOLO
One of the vibrant and firebrand MPs so far, who has posed sensible questions and motions in the National Assembly.

He has also succeeded in convincing fellow legislators to support his motion on citizen empowerment, particularly for reservation of transportation and courier of goods to 100 percent citizen owned companies.

The motion tabled and passed in 2020 has been hailed by many as a possible change maker.

The MP for Kanye North who also leads the Finance and Estimates Parliamentary Standing Committe has also demonstrated indepth knowledge of issues ranging from Economics, Trade and general governance.

With no experience in governance which ministry is he likely to be appointed to?

Ministry of Investment, Trade and Industry, Ministry of Labour and Productivity, or Youth Empowerment, Sport and Culture Development?

SIMON MAVANGE MOABI
The MP for Tati West  is a good debater but has yet to table a convincing motion in the National Assembly.

Chances of him catching the President’s eye are slim but anything can happen since there are a lot of things to be considered when one is appointed to Cabinet.

As a balancing act between North and South of the country, Moabi may be considered for the position of assistant minister.

WILL IT BE A MASSIVE RESHUFFLE?

With over 26 months of the current Cabine in place, chances are that two or three ministers will be moved around depending on their performance and of course, their working relationship with the President.