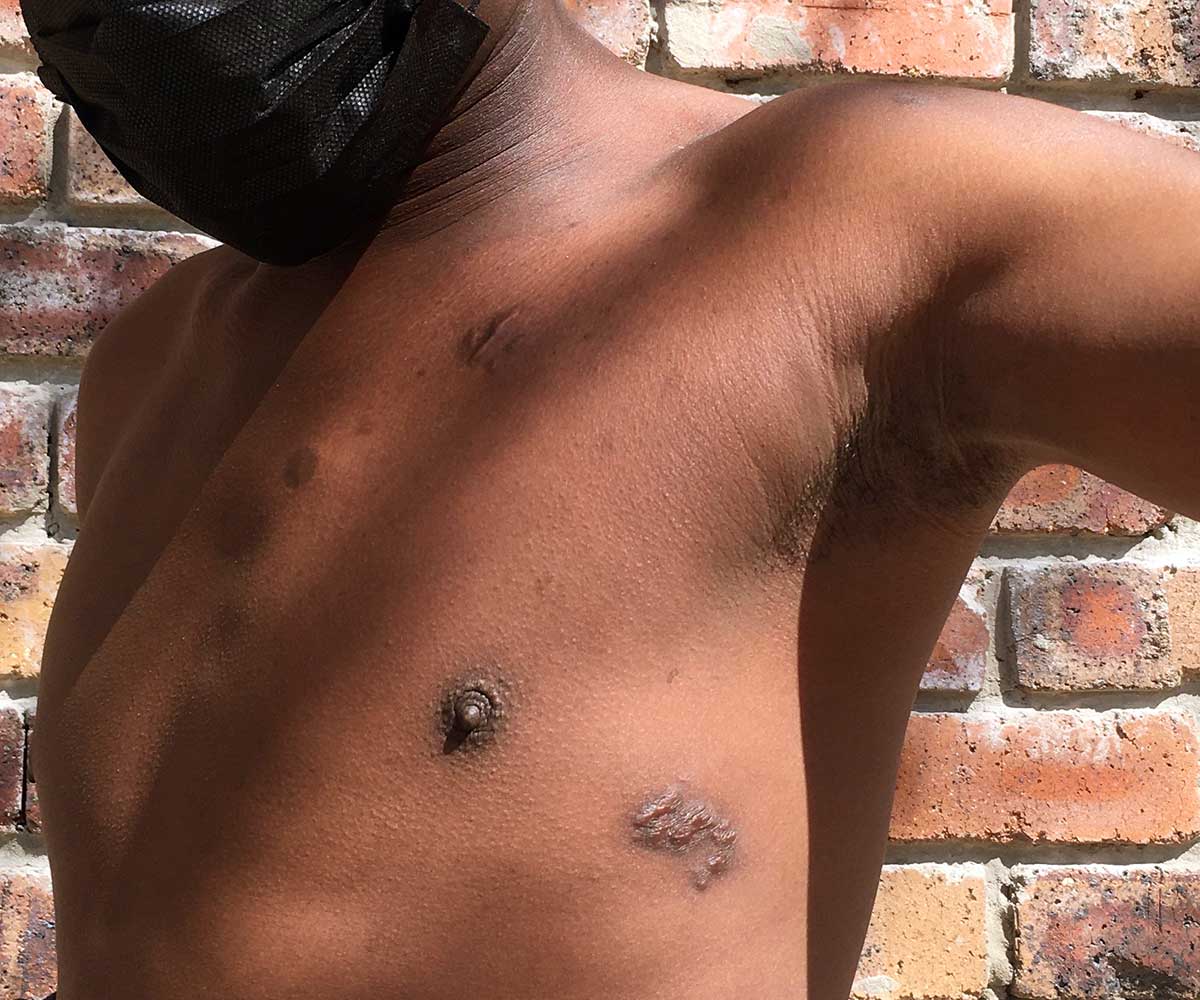 A Maun man breathed a sigh of relief this week after he was handed a two-year suspended sentence for stabbing a perceived love rival he believed was sleeping with both his sister and his girlfriends.

42-year-old Taolo Segadimo of Boseja ward was summoned before Maun Customary Court on Monday morning to answer for the crime committed almost four months ago.

According to the complainant, Bruce Mmonawatsheko, 30, the incident, which landed him in a hospital bed with internal bleeding, nursing a stab wound to his chest, played out on the evening of 22nd April.

Telling his tale to court, Mmonawetsheko revealed he was walking home at around 11 at night after enjoying a few beers at a local bar.

His route took him past Segadimo’s place, where his lover, Segadimo’s sister, also stayed.

“I did not enter the yard. I only called out the sister’s name when I was passing by. Taolo came and said, ‘you cannot sleep with my sister while you have been sleeping with my girlfriends; that cannot happen! I will kill you,” he narrated.

Monnawatsheko further told court Segadimo was very angry and, unprovoked, stabbed him with a knife on the upper left side of his chest.

“I woke up in hospital with my t-shirt and jersey having been torn away as they were soaked in blood,” continued the complainant, demanding P800 compensation for his ruined clothes.

Displaying his scars to The Voice outside court, Monnawatsheko explained the top wound was inflicted by Segadimo while the lower cut was an insertion made by doctors to let the blood out.

He further insisted the weapon used was a sharp okapi knife and not the bread knife produced in court.

“He was irate and jealous because he felt I had slept with his ‘women’ and now I was seeing his sister. He wanted to kill me,” maintained Monnawatsheko.

Giving a slightly different version of events, Segadimo told court the bloody altercation occurred after the other man insulted his sister and mother.

“He said he was looking for my loose sister who has probably taken after my mother. That is when I lost it and grabbed him. But he hit me on the mouth first. When I turned my back in a brace and with both my hands on my mouth, he took a brick and hit me on my back. I remembered that there was a bread knife lying nearby because I had used it earlier to fix the windows,” contended Segadimo.

He said he ran for it and, as he came forth with the knife, Monnawatsheko tried to grab it, resulting in a scuffle.

“That is how he got injured. I do not know whether he pulled it towards himself or I somehow accidentally stabbed him. What I know is that the injury was not intentional.”

Nonetheless, Segadimo pleaded guilty to the crime that could potentially put him behind bars for seven years.

Instead, Kgosi Kebatho Kesekile saw fit to hand out a suspended two-year jail term, on condition he does not commit a similar offence within the next 12 months.

The chief further fined him P600 as compensation for Monnawatsheko’s ripped t-shirt and jersey, a fine he must pay within 30 days.

Both parties were also given 30 days within which to appeal the verdict if they so desire.

Advertisement. Scroll to continue reading.
In this article:‘You can’t have my girlfriends and my sister!’, Okavango Voice