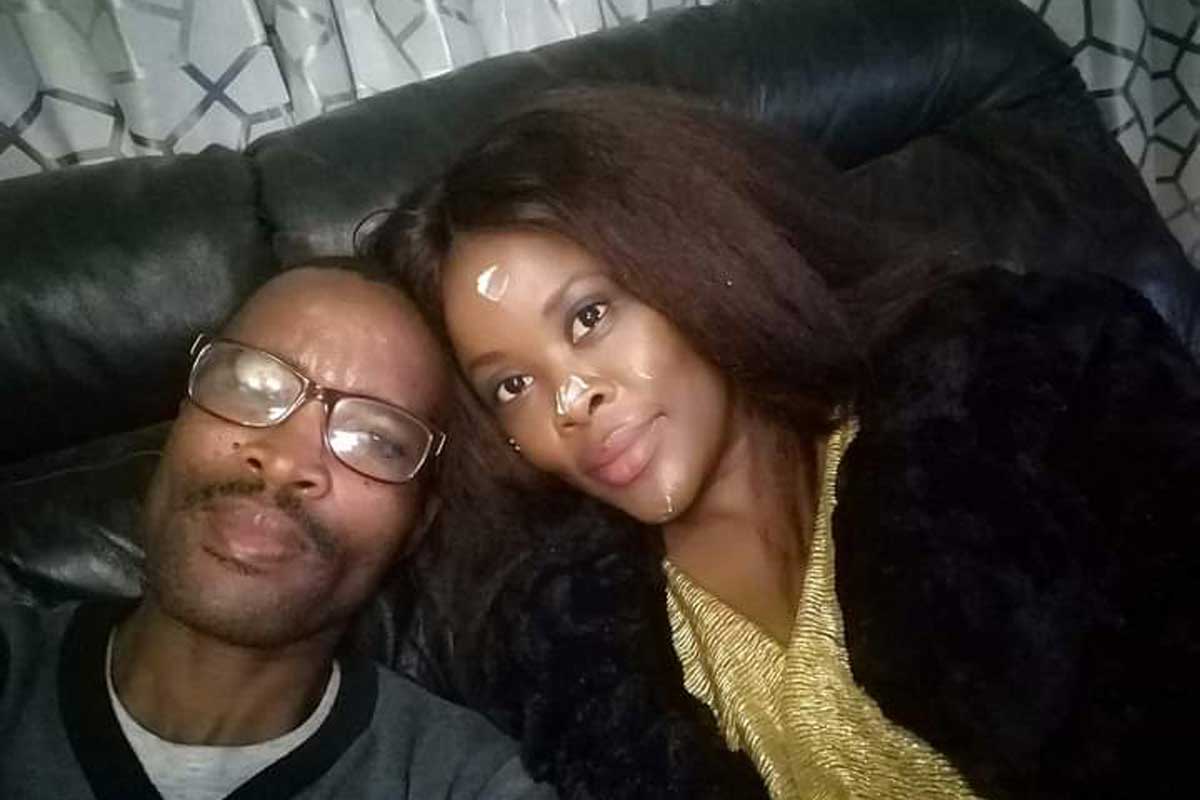 *’There was no affair!’ dead woman’s cousin

A dramatic car chase, several gun shots and a cold blooded murder may sound like scenes from a Hollywood movie; sadly this was no make-believe drama but rather the horrific reality that played out in Molepolole this week.

Moments after forcing her car off the road with a hail of bullets, 40-year-old BDF Major, Nkitseng Basutli is said to have stepped out of his vehicle, walked up to his wife, Daphne Basutli, and shot her in the head from close range. All the while, the couple’s two children, aged 16 and 12, sat watching from the back seat.

Slumped in the driver’s seat, Nkitseng’s nephew, Amogelang Basutli, 27, lay unconscious, having taken a bullet to the head during the deadly pursuit.

He remains hospitilised, in critical condition.

Sources say Nkitseng, who was based at Thebephatshwa Air Base where he worked as a nurse, was convinced Daphne, 40, was having an affair with the younger man – accusations the dead woman’s family strongly deny.

According to eye-witnesses, after completing his grisly mission, the soldier then removed his camouflaged top, before fleeing the carnage bare-chested and on foot.

Following a massive manhunt, his body was found the next morning (Wednesday 9 February), at Katswane lands, some 18km from Molepolole’s Lekgwapheng ward where he killed his wife.

It is thought Nkitseng, who was originally from Mmathethe, took his own life, shooting himself with the rifle that was reportedly found beside his corpse.

Confirming the two deaths but reluctant to go into too much detail, Acting Public Relations Officer, Senior Superintendent, Near Bagali told The Voice, “We are investigating the shooting incident that occurred yesterday.

“The wife was certified dead at the hospital while a certain man involved is still hospitalised. The husband was found dead this morning. Whatever transpired will come out from the investigations,’’ explained the police boss.

According to sources from within the army, however, the Basutlis’ marriage had been in trouble for a while, rocked by accusations of cheating.

“They were on separation; Nkitseng suspected his wife was sleeping with his relative, that’s what he told his colleagues. The couple were living with Amogelang but when the husband discovered his nephew was having an affair with his wife, he evicted him from their home,” claim the insiders, who asked not to be named.

It seems the problem manifested recently when Nkitseng applied for a loan at work and forged his wife’s signature. Realising the signature was a forgery, the army bosses are said to have summoned the couple, with Daphne allegedly only agreeing to sign providing she receives some of the money.

“At one point, the husband took his wife’s phone and saw a message from her, informing Amogelang that hubby has sent her some money and that they should go together ‘to eat’ the money,” continued the sources.

Information reaching The Voice suggests that on the day of the shooting, Nkitseng arrived home at around 10 in the morning and had a furious row with his wife.

Keen to avoid the confrontation, Amogelang reportedly tried to drive away in a white Mazda 3, with the arguing couple’s children in the back. Daphne then jumped in the same car, and the quartet speed off, Nkitseng giving chase in his red Mazda 6.

The pursuit got as far as First RV Bar, where Nkitseng opened fire while still behind the wheel. One of the bullets struck Amogelang, bringing the car chase to an abrupt end as their vehicle veered off the road. It was then that the Major, who ironically was a qualified marriage counsellor, ended his wife’s life.

Miraculously, the children are said to have escaped the incident with no physical injuries; the psychological trauma, however, is likely to stay with them forever.

“We were very close that we shared everything, she wasn’t cheating as the people think. Even the nephew is just an innocent young man, a born-again Christian, he wasn’t a boyfriend! He has been staying with the couple for so long and the incident occurred when he was with the wife and children from home and they met the husband on the way,” stated Maruping, adding the family are completely devastated by the tragic turn of events.