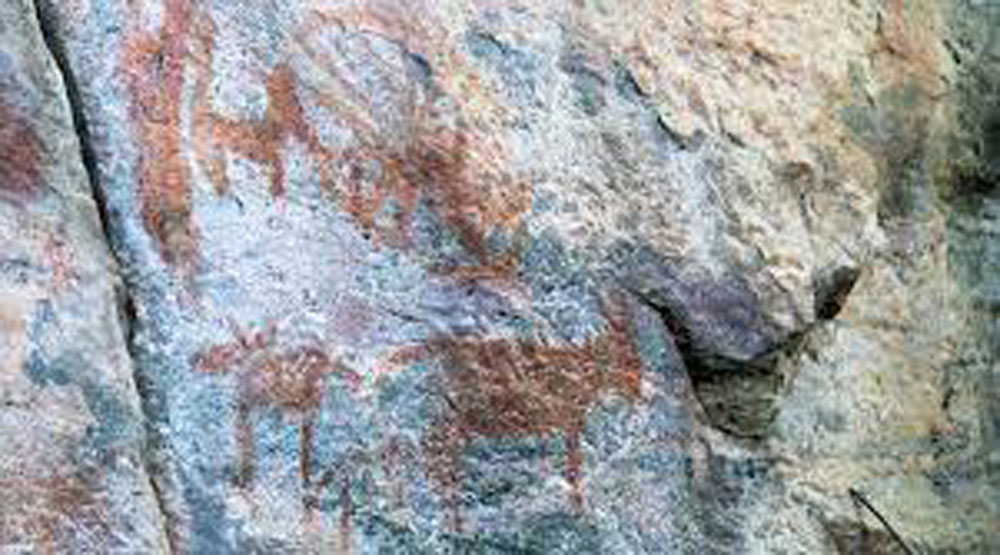 A warm afternoon wind that blew around me as I sat on the back seat of the mini bus (combi) reminded me of my school trips back in our village.

The trip to Tsodilo hills was as exciting as the theories I have heard about these rocks that “whispers.”

I have heard a lot about the hills while at primary school through the national museum and art gallery and had only seen the intriguing images of the hills rock paintings on books and television.

So you can imagine my excitement when I was to visit this national monument which was the first to be declared a world heritage site in Botswana by UNESCO in 2002.

After a two- year stay in Maun an opportunity to go on a road trip with a couple of friends was something I did not want to miss.

A month before our trip, we had an opportunity to chat with Tsodilo village Chief, kgosi Kelebetse Keasheta who told us about the mysteries of the hills during one of his visits to Maun.

According to him, Tsodilo hills are a holy place where the spirits of the bushmen or Basarwa ancestors rest.

In particular a well up the hill is said to be more sacred.

“People come there to fetch holy water, politicians amongst them and those who want marriages in particular, they go there and get the water,” Kgosi Keasheta said.

According to Keasheta, there is a big snake that lives up there and only through professional guides can someone fetch water from the well.

“If the snake does not allow it, then you cannot touch the water otherwise there will be a problem,”said the chief

So at the top of my list of places to see at the hills, was this water hole and my journalism curiosity wanted to see this place and steal pictures of the snake.

Ours was not a 4×4 vehicle but we managed to reach Tsodilo without any incidence, but you have to know, the gravel road is seriously dusty and I believe more enjoyable on 4×4.

This proximity to mother nature, fresh air and its silent beauty had that immediate healing effect. From the dusty lonely road through the bush, you are suddenly in the village and the mountains are standing magnificently in-front of you, the male hill standing at 420 metres tall, the female hill at 300 metres tall and the third hill, a smaller one at 40 metres tall, is called a child.

According to the Tsodilo inhabitants the other forth hill, which is a bit distant from the rest is said to resemble the first wife of the male hill whom he divorced for a younger wife, the female hill.

Basarwa guides maintain that their ancentral spirits live inside the hills even to date and hence those in need of spiritual intervention gets deliverance once they bring their problems to the hills with pure hearts.

The most holy place they say is situated at the summit of the male hill where the first spirit used to pray.

On the other side Hambukushu tribe that shares their claim of first residence in Tsodilo believe that the hills are where humanity began.

Whilst scientists believe that the foot print marks on the hills maybe of early dinosaurs, Hambukushu believe that Tsodilo hills is where their God, Nyambe lowered the people and their livestock on earth at the beginning of life.

After going through many intriguing sites, we did find time to reach the water hole where we were told not to make the slightest noise and our male colleague who was troubled by a persistant cough had to remain alone in the cruiser while we went up he hill.

After careful inspection we took turns going into the cave which had still water and we were told the droppings that we were seeing floating on the water was from the snake, but the snake was no where to be seen.

“With one of the highest concentrations of rock art in the world, Tsodilo has been called the ”Louvre of the Desert”. Over 4,500 paintings are preserved in an area of only 10 km2 of the Kalahari Desert. The archaeological record of the area gives a chronological account of human activities and environmental changes over at least 100,000 years. Local communities in this hostile environment respect Tsodilo as a place of worship frequented by ancestral spirits,’” writes UNESCO on its website.