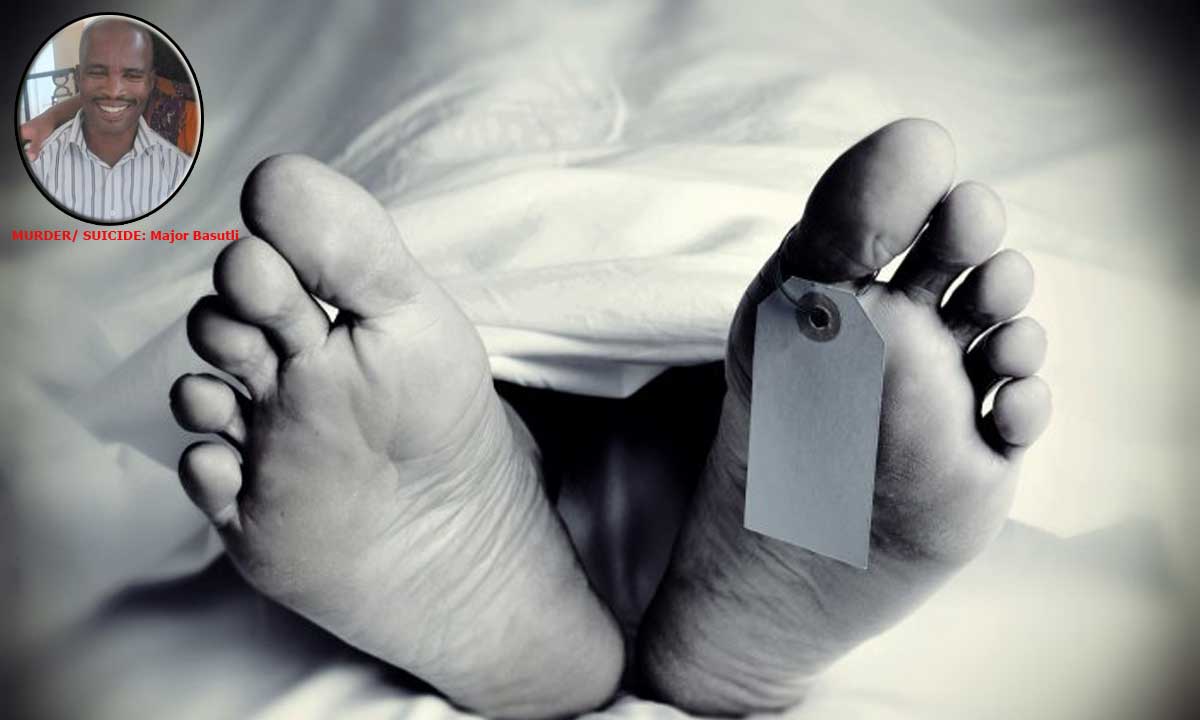 Following a shooting incident that occurred in Molepolole’s Lekgwapheng ward last Tuesday, the surviving victim who was hospitalised in critical condition died this week at Princess Marina Hospital.

The deceased, 27-year-old Amogelang Basutli, was admitted at the hospital after sustaining gunshot injuries on the head.

On the fateful day Nkitseng, a 40-year-old Botswana Defence Force Major who was based at Thebephatshwa Air Base where he worked as a nurse, was said to have arrived home from work at around 10 in the morning and had a bitter confrontation with his wife, Daphne Basutli.

The army Major was allegedly accusing his wife of sleeping with his nephew, Amogelang, and the argument escalated into a violent confrontation

Amogelang reportedly tried to drive away in a white Mazda 3, with the arguing couple’s children in the back and a fleeing Daphne jumped into the same car, and the quartet sped off, Nkitseng giving chase in his red Mazda 6.

The pursuit got as far as First RV Bar, where Nkitseng opened fire while still behind the wheel.

One of the bullets struck Amogelang, bringing the car chase to an abrupt end as their vehicle veered off the road.

It was then that the Major, who ironically was a qualified marriage counsellor, ended his wife’s life.

Basutli allegedly shot his wife Daphne Basutli in the head in full view of their son aged 16 and daughter aged 12.

Following a massive manhunt by the police and the public, Nkitseng’s body was found the next morning (Wednesday 9 February), at Katswane lands, some 18km from Molepolole’s Lekgwapheng ward where he killed his wife.

It is thought Nkitseng, who was originally from Mmathethe, took his own life, shooting himself with the rifle that was reportedly found beside his corpse.

According to sources from within the army, however, the Basutlis’ marriage had been in trouble for a while, rocked by accusations of cheating.

He is said to have believed that his wife was cheating on him with his nephew.

The post-mortem for the couple was conducted two days after the incident on Thursday and they were handed to the family for burial which was to be conducted today (Thursday) in Molepolole.