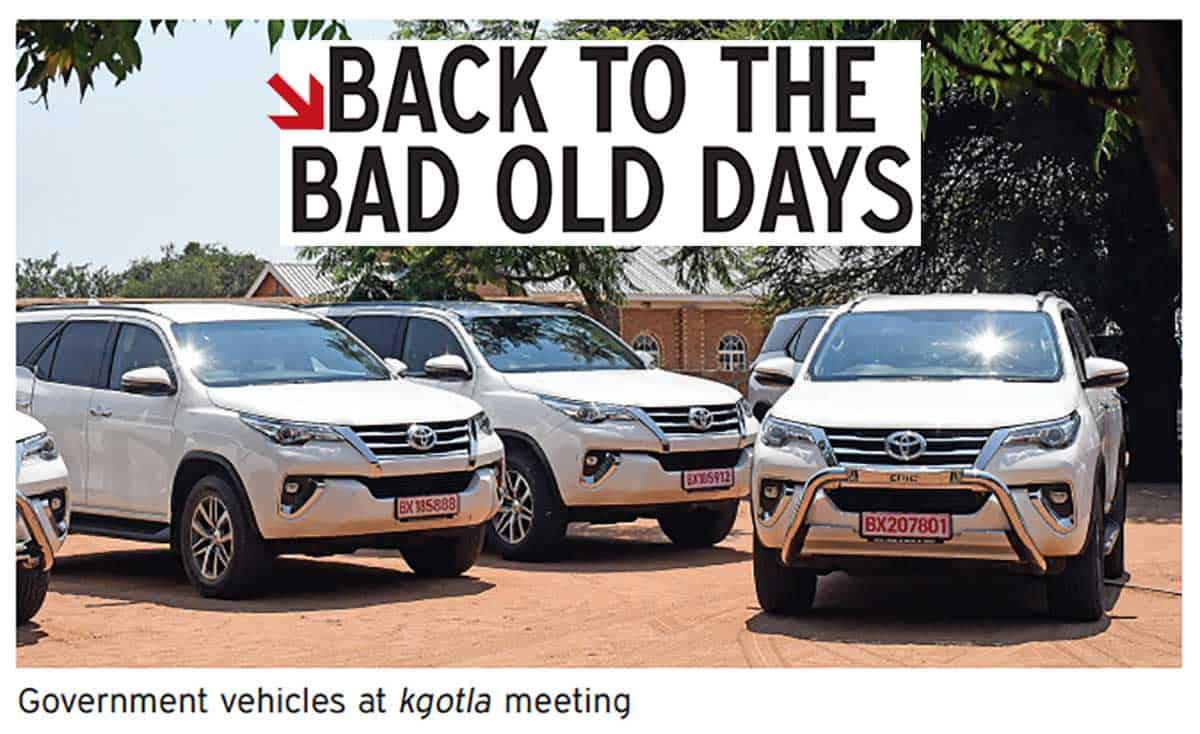 There has been a deafening cry by government over lack of funds but since opening up for meetings and gatherings, Shaya has seen several govt officials going back to the old ways of doing things.

I mean, why take so many government vehicles to one event?

This was the case at the on-going constitutional review tour over the weekend, where a fleet of top-of-the-range govt vehicles turned up.

There were enough cars to transport several football teams! This habit has to come to an end if indeed the country is bankrupt.

Minister of Youth Empowerment, Sport and Culture Development, Tumiso Rakgare has asked for Members of Parliament’s sitting allowance to be stopped, maybe you should also focus here.

Advertisement. Scroll to continue reading.
In this article:Chillin Out, Shaya

The good, old and ugly

In his parting shot at the just ended HATAB Conference in Kasane, Botswana Ambassador to the USA Kitso Mokaila made salutations to fellow Ambassadors...

Some of our artists should learn to be professional, especially on stage because wow! I have seen a number of them taking branded alcohol...

BAC and its SRC showdown

What looked to be a well planned show on Friday under the headline, BAC Semester Shutdown with South African Amapiano King, Kabza De Small...

I know fashion gurus like to outdo each other, especially during high profile events. On Saturday there was another big event in town, which...

The rise of the cross dresser

Shaya has seen a rise in the number of men who wear women clothes during events. Kwete who was recently seen in a pink...