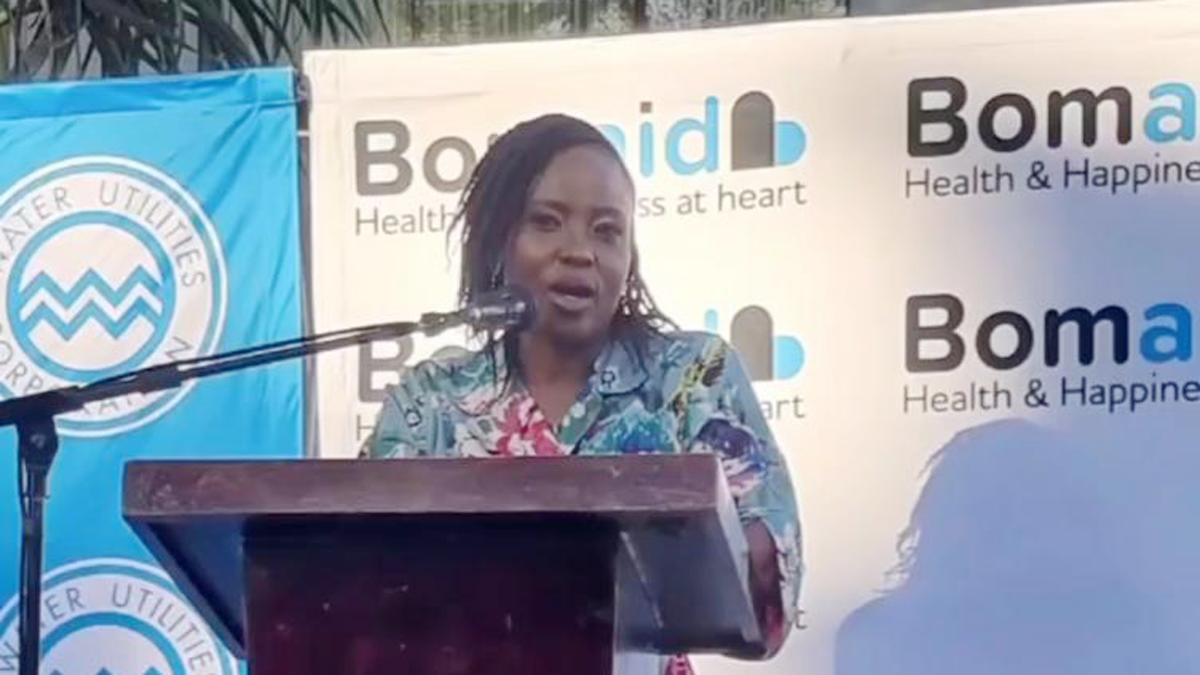 This past Saturday, Bafazi, a community of Batswana and South African women cyclists hosted guests to a high tea at the Avani Resort gardens to donate stationery to Letlole Primary School, which is located in Mankgodi. 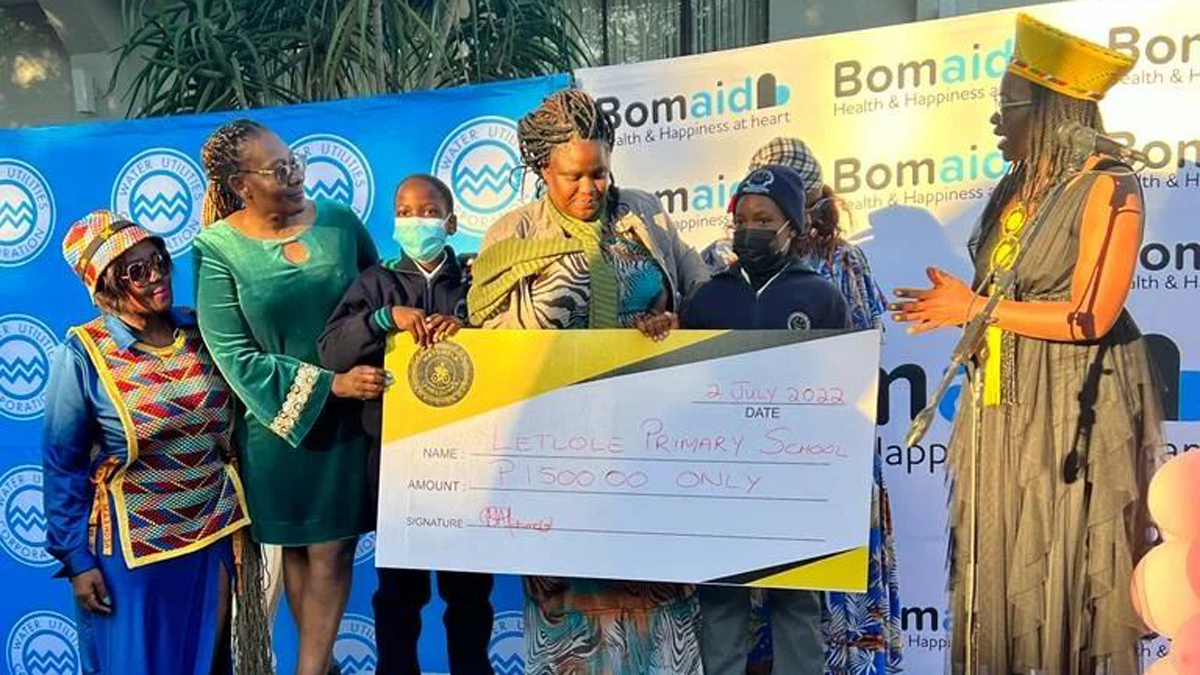 Earlier in the day, the ladies rode from Gaborone to Thamaga via Boatle and Mankgodi and back to their base at Avani Resort in the 60 and 120km categories.

The group’s spokesperson, Sharon Mahube-Sebeo, only started cycling in 2019 when she participated in the Half-Iron Man triathlon in Durban, South Africa.

Speaking at the event, Mahube- Sebeo explained that the Bafazi movement began during lockdown in 2020.

“It was birthed by a South African lady cyclist called Malepule. She gathered about four friends and started cycling with them virtually every Wednesday. Before she knew it, the group had grown as the ladies started inviting more women into the movement. From the Botswana side, I was the only one and I was quite intrigued by how the South African ladies were involved in so many races that we didn’t know about and were missing out on as women cyclists in Botswana.”

Once the ‘Tsela Riders’ member learnt that their South African counterparts cycled with their clubs on weekends, she was inspired to replicate that in Botswana and get more women cycling. 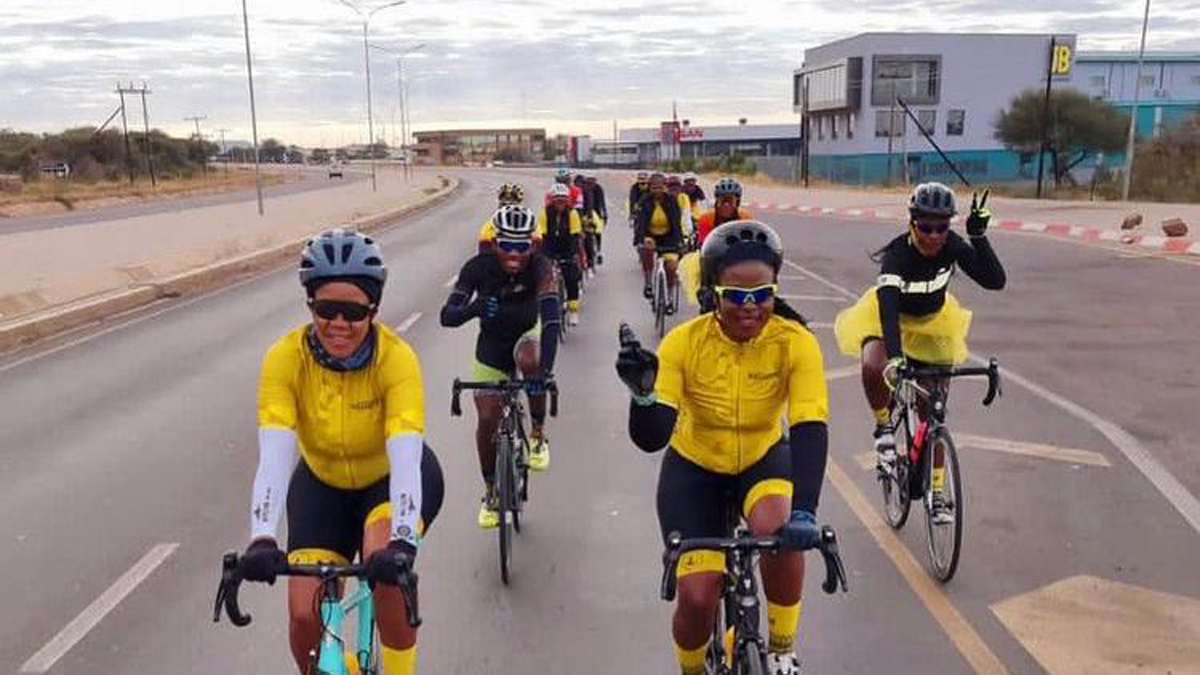 BAFAZI: The ladies during the early morning ride to Mankgodi

“It felt like everyone needed indoor trainers but how do we do it without indoor trainers? Being a new cyclist, I realised that if it weren’t for the fact I was married to a cyclist who was willing to coach, train me and ride with me, I’d never have pursued cycling. I thought a lot of women must have been sitting in the same place that I was sitting in before starting. This is why I wanted to extend this to other women in Botswana to get us to cycle together, feel more comfortable and safe. As we were ‘zwifting’, I introduced Seneo Mokgosana, followed Keletso Gareebine, then Chibo Mpodi, Shirley Mosiakgabo and Kutlo Majaha, who was not keen but today is the fasted woman cyclist in our group,” she said, adding that Zwift is an online cycling game and training programme that enables users to ride, train and compete in a virtual world.

With a vision to empower more women and the girl child, Mahube-Sebeo says the inaugural Botswana Tour in 2021 saw the South African women cross the border into Botswana to meet their local peers.

They cycled around the greater Gaborone area and agreed on making it an annual event to grow the movement and give back to the community.

“One of the ladies suggested instead of just talking on Zwift, how about we meet in person? Hence in December some of the South African ladies came over. Tears were shed when we could finally put names to faces. Here we are, we’ve decided every year we’re going to do this event. It’s now on the cycling calendar thanks to their cycling association. We’d love to see more women cycling. Last year it was just a social ride, all about meeting each other. This year, we decided to cycle for a cause along Mankgodi, a popular route with many cyclists. It’s ideal as it gives us challenges. It is safe; you can park your car along the rode, and it has less traffic. We decided to give back to Letlole Primary School in Mankgodi as the kids always receive us well and wave at us. We’d love to see the young ones also cycling in future to keep off the streets.”

Another speaker at the high tea, Caroline Matsimela, said after she became a mother, her weight blew up.

She started running but also tried quick fixes and all manner of weight loss products.

She did the Two Oceans Marathon and her confidence pushed her to believe she could do anything and, after seeing her friend cycling the 947 Ride Joburg – the world’s second largest timed cycle race – she was inspired to start cycling.

With her newfound exuberance, she bought a bike, which wasn’t really the right one for the tournament.

“The race made me realise that I needed a different bike, now question is; how much is the right bike? … where do I go?”

Thus she took savings for her son’s nursery renovations, got the right bike and gear.

“I spent about R14k, but at least my bike looked like my friend’s. I did the Comrades Marathon and never looked back. But Covid hit, so many ladies were struggling with inactivity. So, I planned to start in August – women’s month – in 2020, with two ladies; the numbers grew rapidly. We kept teaching others. Three things I encourage: first, community, because alone you can’t, so rather join a gym or do it at home. Second, ask for support and, third, invest in a stationery bike for the home,” she advised, adding that it’s important that when choosing routes, cyclists need to select routes that are safe, not only from traffic but potholes as well.

Celebrated author and adventurer, Letshego Zulu, shared with attendants her health and fitness journey, which started at the tender age of 8 years when she participated in a 5km marathon. 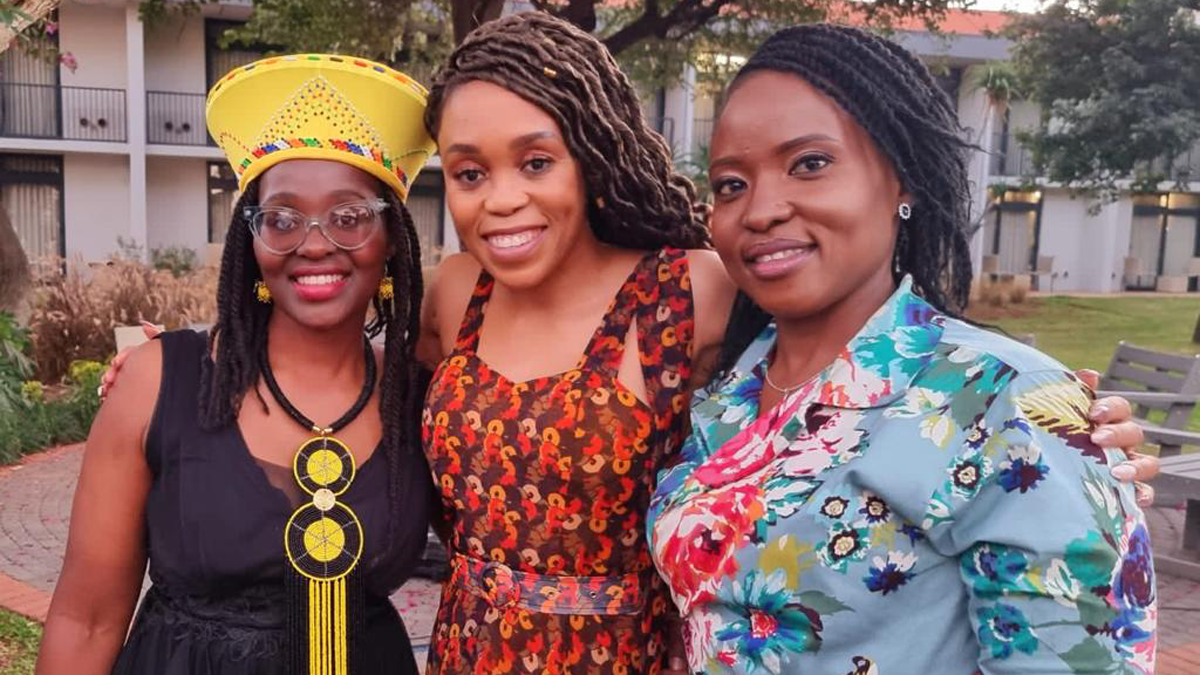 Inspired by her pro-sport mum, who was a marathon runner, the cyclist encouraged parents to enable their children.

“Sport is the key to a better life, in so many ways from interpersonal skills to business skills.” She said though she started out as a runner, she was introduced to cycling by her late husband, Gugu Zulu, who secretly entered her into the 2008 94.7 race. “Sport teaches one patience. We finished the race in 5 hours 56 minutes. The patience to help someone who just started cycling,” she chuckled at the memory, adding that she and her husband committed to not only enter all the races, but to inspire our (black) people, women especially, that it’s possible. “My motto is #noexcuses, if you put your mind to anything, anything is possible. Dream big!”

Mahube-Sebeo also urged Batswana women to get indoor trainers, “They’re expensive, of course, but I’ve seen my powers go up. Yes, our captain encourages us to go out. But because it’s not exactly safe for us women, we struggle to cycle alone. It’s such an amazing experience, 8 o’clock after you’ve tucked the kids in, you hop on your bike and ride!” she said, and added, “The movement is growing faster than I thought. We had one cyclist from Lesotho who I met through the Cap2Cap Ride, and he plans to bring 9 more cyclists next year. The main focus, though, is to empower the girl child. What can we do for the girl child to feel that they belong to the sports industry? As we know, it’s male-dominated. We can help them with networking and interpersonal skills. That is where we’re taking this movement,” she concluded.