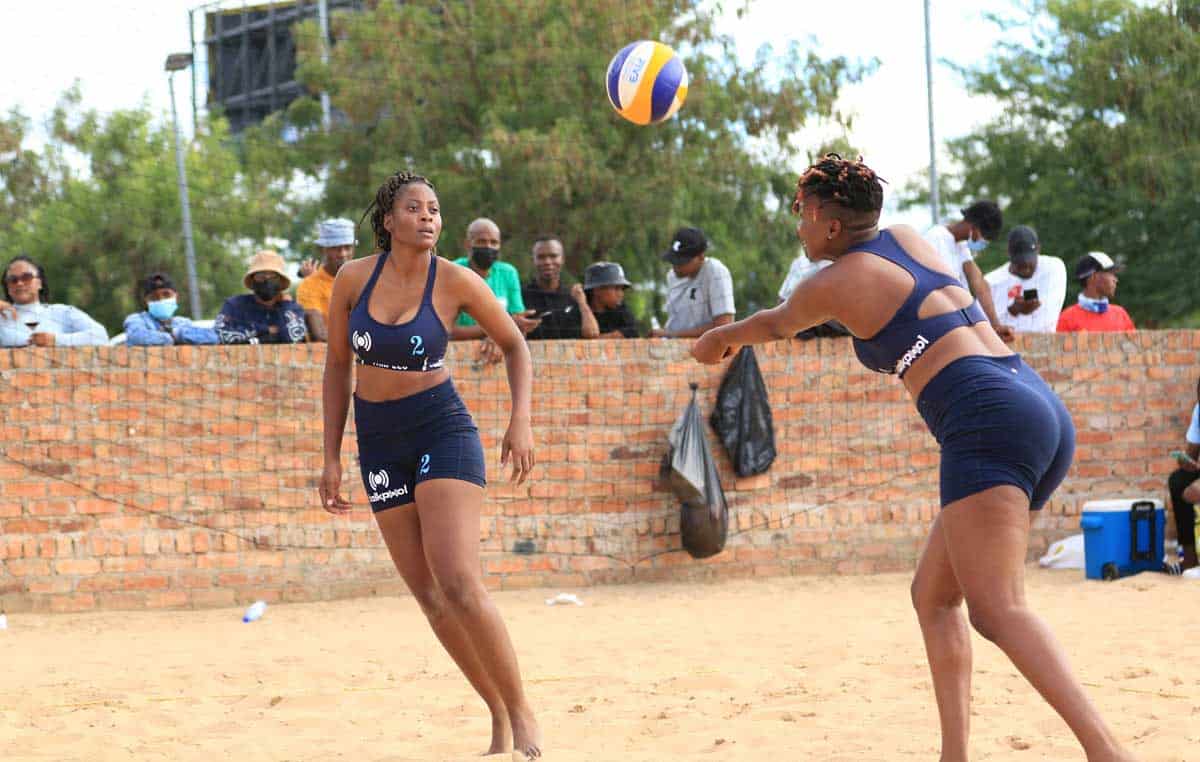 Botswana Volleyball Federation (BVF) last weekend failed to send a full contingent of beach volleyball national teams to the second round of the Zone VI Beach Volley Series which was held in Johannesburg, South Africa.

BVF says failure to send the teams was a result of financial challenges which the federation is facing.

According to information from the federation, at least P70 000 was needed for all teams to grace the tournament once more, an amount which the federation did not have.

Therefore this cast doubt on Botswana’s participation on the upcoming rounds of the series which are scheduled for Zambia, Angola and Lesotho.

Last month the teams recorded mixed results in Mozambique during the first round of the series with the duo of George Chiswaniso and Sekao Jack managing a bronze medal finish while their counterparts, Tiroyaone Otimile and Tshaphaone Orapeleng, finished ninth out of ten participants.

In the ladies section, the pair of Tracy Chaba and Thapelo Kamberuka managed a fourth place finish while Tsebo Marape and Ngirl Wright finished seventh.

The hope was that the teams would be afforded a chance to continue where they left off but alas the federation couldn’t devise a plan to send them to the series.

Therefore the efforts of improving beach volleyball locally seems to be thwarted since the sport is still at infancy stage.

This predicament comes just a few weeks before Botswana hosts the third round of the beach volleyball series which comes to Gaborone in May.

Quizzed on how they failed to take the team to Johannesburg since the trip could have been long budgeted for, BVF vice president responsible for beach volleyball, Edgar Serole, said: “Our understanding is that national teams are funded outside our administration budget and when we submitted our budget for the second round we were told that we had insufficient funds and that the money we used during the first round was drawn from our administration budget. Looking at things as they stand, it appears we cannot afford to send teams to the next rounds as that will deplete our administration funds. As I have said before, these series are meant to promote beach volleyball, so failure to participate reverses any gains we had made in improving our standard of beach volleyball,” said Serole.

Meanwhile the duo of Orapeleng and Otimile has sponsored themselves to the tournament where they managed a third place finish after defeating Zimbabwe in the 3rd /4th place playoff.