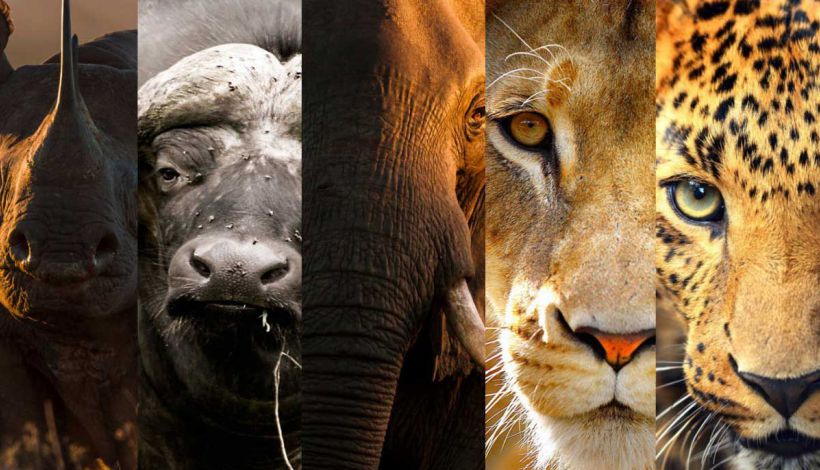 South Africa offers a tremendously accessible opportunity to view some spectacular wildlife in a tourist-friendly and value-for-money country.

Not only that, but the big five can be found in a variety of national parks and private game reserves, so you can see them all on a single safari.

Hunters dubbed the African Elephant, Cape Buffalo, Leopard, Lion, and Rhinoceros “the big five” because they were thought to be the most difficult and deadly African species to kill while hunting on foot.

The following are the greatest spots in South Africa to see the big five:

Kruger National Park is one of South Africa’s most popular safari parks and the greatest site to see the big five.

Kruger National Park boasts a high density of wild species and is one of the greatest sites in the world to observe the Big 5 — lions, rhinos, elephants, buffaloes, and the elusive leopard.

Pilanesberg Nature Reserve, located less than three hours’ drive from Johannesburg, is a calm respite from the hectic streets of daily life and one of the greatest spots in South Africa to observe the Big 5.

Located in a volcano crater built more than 1.2 billion years ago, Pilanesberg safaris introduce visitors to a unique and varied terrain rich in plant and animal life.

With over 7000 animal species and over 300 bird species, it is no surprise that Pilanesberg is a must-see destination in South Africa.

Aside from gaining a closer look at the different natural resources, there is also the possibility of seeing rhino, elephant, buffalo, leopard, and lions wandering the African jungle.

That means the Big 5 may freely move in and out of the reserve’s boundaries.

Everything from buffalo, elephants, and rhinos to lions and leopards may be found.

But what makes Klaserie truly unique is the chance to observe endangered animals such as African painted dogs and cheetahs.

Klaserie is located 40 kilometres east of Hoedspruit and is an easy addition to any two-week South African itinerary.

Madikwe is a magnificent private game reserve that offers all tourists a genuinely memorable safari experience.

While many people think of Kruger, Madikwe is a far less crowded choice with as superb game watching.

The game reserve is home to almost 60 animal species and a population of over 10,000 animals.

Not only can you view all of the Big 5, but it is also the finest site in South Africa to see rhinos.

While the Big 5 are all present, cats might be tough to see.

If you do happen to see one, you could be rewarded with a rare view of lions resting in the woods.

In the summer, lions are known to climb trees in search of relief from the oppressive heat.

Also Read: South Africa vs Botswana: Which country is the best safari destination