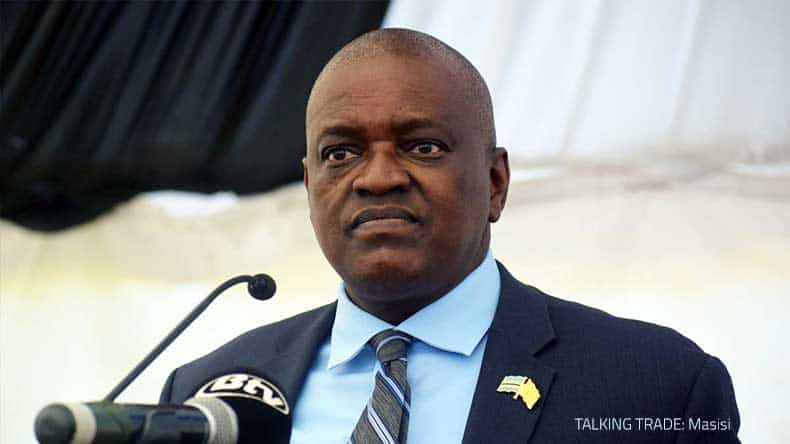 Though not a major trading partner, trade flows between Botswana and Mozambique display a mixed picture.

This was revealed by President Mokgweetsi Masisi when officially opening a business forum held by the two countries recently.

As a case in point, imports from Mozambique to Botswana reached a peak of US$116.6 million in 2016, while exports from Botswana to Mozambique in the same year stood at US$3.1 million.

By November last year, there was a significant decline in terms of imports from Mozambique which stood at US$6 million while exports to that country fell to US$2.9 million.

“The weak performance and decline in imports and exports between the two countries is a clear indication that there is a strong potential for trade and investment opportunities, hence the need for our business communities to particularly refocus their attention and resources towards prospective sectors,” he said.

President Masisi said in order to maximize the gains between the two countries’ partnership, he said there is a need to adopt cluster-based development approaches, which prioritises critical sectors with greater beneficiation.

“In this regard, the manufacturing, energy, agriculture and services sectors, as well as ICT, which we have seen to be very critical during these times, present limitless opportunities,” he said.
The president said he was encouraged by the inclusion of Mozambique, alongside the Southern Africa Customs Union (SACU) countries in the Economic Partnership Agreement (EPA) framework, both with the European Union, and lately with the United Kingdom.

“This will, indeed, further strengthen our economic ties and resolve towards a common market”.

Therefore, he said, there is a need by the two countries to draw on their comparative and competitive advantage, and invest on trade facilitative infrastructure to maximise on their collective efficiency to benefit from these global dispensations