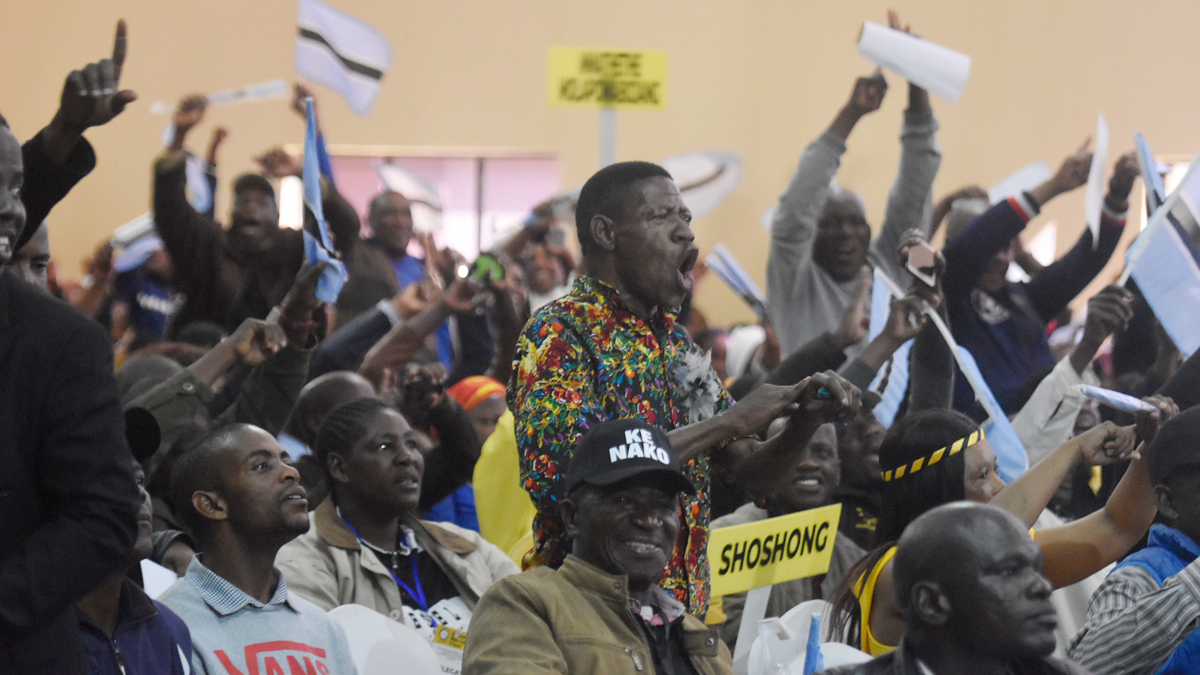 Divisions within Botswana Patriot Front (BPF) have seemingly mounted to a point where some members of the National Executive Committee (NEC) have resort to violence to solve their differences.

According to a source who attended the NEC on Monday, two factions nearly exchanged blows when they couldn’t agree on whether to include the Party SG, Tshekedi Khama’s items on the agenda or not.

Apparently, Tshekedi who is on self exile in South Africa submitted his agenda item through a late phone call and therefore the leadership decided that it could not be included for that day.

“TK’s agenda brought up old issues, which we had discussed and solved amicably, so when his attention was brought to that fact, he did not insist on the inclusion of the item but simply understood and said the meeting could go ahead,” an insider explained.

However some indisciplined cadres who suspected that they were going to face disciplinary hearing because of their recent behavior including one, Fox Segwai whose bluff to resign was leaked disrupted the meeting again using the failure to include Tk’s item on the agenda as an excuse.

“Things got ugly with some threatening to exchange blows while some kicked and climbed on tables and threatened to fight. It was a bit scary because those are people who used to be close to each other,” the source revealed.

One of the senior members is said to have calmed the situation when police were about to be called.

Although Lesang dismissed the allegations of disruptions and violence, saying everything went well, a leaked audio of the altercation from the meeting has suggested otherwise.

Meanwhile another insider has told this publication that the problem with the BPF was the number of factions within the party.

“We have four factions namely, Guma, Goya, Tshekedi and Butale, so it is going to take a firm leader to unite us,”said the source.

This week’s fights occurred a few days after the Women’s League Conference in Kanye was also marred by chaos in which a section of the attendants were calling for reinstatement of the suspended Party President, Biggie Butale.

The group is said to have threatened to resign from the party if Butale was not brought back but Lesang calmed the situation again arguing that Butale’s suspension was not a matter to be handled by the NEC but the Disciplinary Committee.