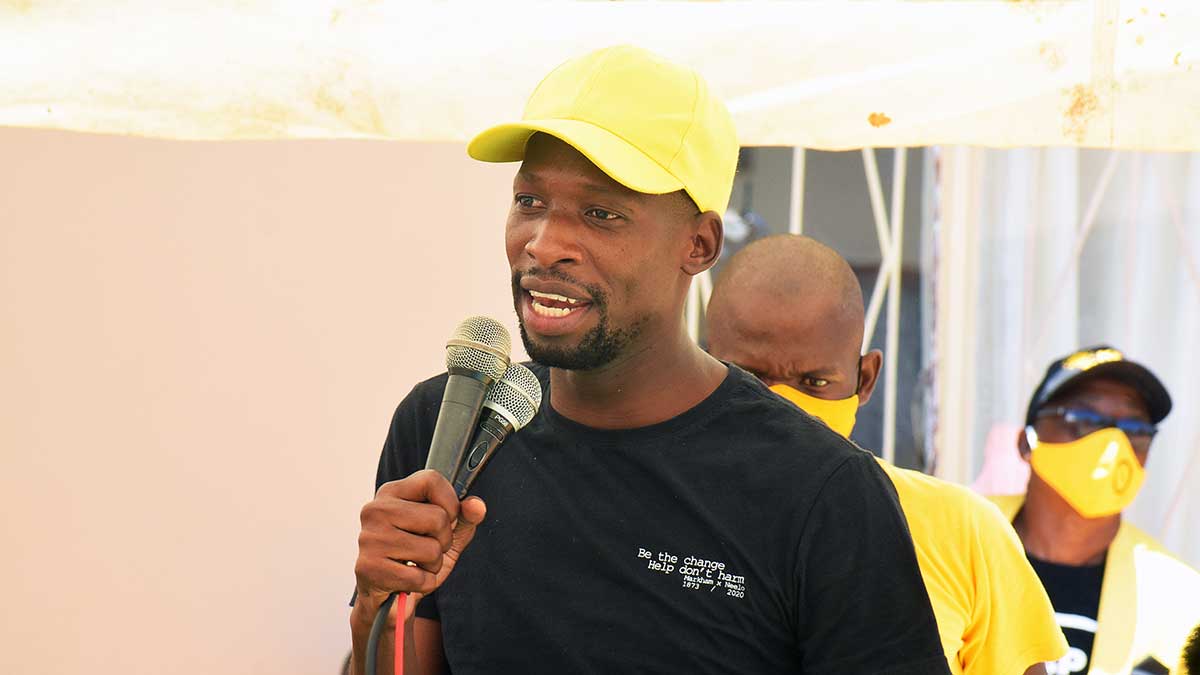 Congress has to seal the deal – Ookeditse

Umbrella for Democratic Change (UDC) issued a statement this week announcing the arrival of the Botswana Patriotic Front (BPF) under the Umbrella.

“The BPF shall with immediate effect become a member of the UDC with equal representation in the UDC NEC as other affiliates,” the statement said in part.

However, after the UDC statement, the BPF released another statement to state that its National Executive Committee recognised that further clarification was needed for its members and stakeholders on the issue.

This brought confusion to many and The Voice Reporter, DANIEL CHIDA, saw it fit to engage BPF mouthpiece, Lawrence Ookeditse, to explain the new developments.

Why does it look like party members have not been consulted?

They were consulted through different platforms that we have, but in a set up where you have many people with different thinking, there is likely to be disagreements. Some were against it, but since the powers are held by the NEC, then there is nothing that can be done.

There are allegations that your central region rejected the decision to join UDC, how true is that?

Whoever is talking of rejecting at this stage is stating a falsehood again but even if they reject it, the NEC and Congress hold more powers.

Explain the NEC powers regarding such instances.

The NEC and Congress are the most powerful organs in our party but, with congress not being held regularly, it has delegated its powers to the NEC.

NEC can take any decision without waiting for the congress, but there are some decisions like this one that would still need the endorsement of congress.

In the event the congress doesn’t endorse the UDC move, can the NEC go ahead and force it?

No, NEC cannot go ahead if the congress has rejected it.

Did you consult former President Ian Khama, who is the party patron, on the issues and the decision you took?

Khama is an esteemed member of the party who is also part of the NEC and there is no need to consult him because he is always part of the team that takes such decisions.

Some have been saying he is running the party but that is a lie, he is a patron and an NEC member. Again, he is a good person to have on your side.

Having followed the issue, can you say your members are happy or not?

Majority of the members that we have interacted with are very excited about the decision, looking at the fact that people are very frustrated by the current regime.
What has been frustrating people more is high rate of unemployment, low salaries and all the miseries brought to them by the ruling Botswana Democratic Party, especially under the current leadership of Mokgweetsi Masisi.

We cannot allow such a situation to continue on and on, and the only way is to have opposition parties working together.

BPF looks solid in the Central District, which areas again will be your main target as we head to elections?

We are strong but we need to keep working hard and we have seen a growth in other areas like the Southern and Western regions.

There has been tremendous growth in the North West District and, with time, we will pull surprises in areas which people never thought we could set foot .

There is the issue of BPF presidency, how many people have shown interest in it?

There has been no formal notification to the party by any member, but from the interviews that have been done on public platforms, it is clear that Samson Guma Moyo, Master Goya and Biggie Butale are the only contenders.

Another person missing in action is your Secretary General, Tshekedi Khama, how does he manage party affairs while away?

Tshekedi has never missed any agenda when needed thanks to the latest technology.

We all know he is not away by choice but ran away from the regime’s harassment.

Advertisement. Scroll to continue reading.
In this article:BPF gets under the umbrella, Politically Speaking