FILE PIC: Some BQA employees during the BOT50 celebrations

The transition of Botswana Training Authority to Botswana Qualifications Authority back in 2014 was not a smooth one, especially between staff and the new entity.

This was revealed in a Court of Appeal judgment which ordered BQA to pay 24 members of its staff the promised better remuneration, despite an error committed by the acting CEO at the time and complaints from other experienced and better qualified staff members.

It has emerged that upon the coming into effect of BQA, a restructuring process was undertaken which resulted in the abolition of some posts under the old BTA and the creation of new ones under BQA.

“A job matching exercise was undertaken in terms of which BTA employees were placed in appropriate positions in the new BQA. New terms and conditions of employment were adopted by the Board, which also approved a new salary structure in or about December 2014,” the papers presented before the court read in part.

Further, the Court of Appeal learned that offers of employment under BQA were prepared, and by May 2015 employees had been issued with letters of appointment in line with their new conditions of employment. “This involved what was termed a “salary migration” which resulted in some employees receiving considerably enhanced emoluments”.

The Board then instructed the Acting CEO to implement the new salary structure, which was complex and had prompted queries by some staff members with regard to the emoluments.

The 24 employees sought a 15 percent salary adjustment on the basis of a clause in their new conditions of service, and argued that they had been disadvantaged in the original migration exercise.

“In February 2018 he addressed letters to the 24 affected employees in terms of which their placements were finalized and the salary migration exercise was completed. The effect of the letters was that the new salaries of the 24 employees were enhanced by a 15 percent, backdated to 1st April 2016. Each employee was required to sign an acknowledgment that he or she accepted the placement and the revised salaries. All of them did so,” the court learned.

The CEO’s decision caused instability when some experienced employees learned that they have been overtaken (salary) by the favoured 24, causing the Board to declare the 15 percent salary raise as erroneously granted and proposing immediate halting, and recovery of previous overpayments.

A dispute ensued and the Manual Workers Union approached the Industrial Court to interdict BQA from downgrading the new salary grade in the new BQA structure, and also ordering BQA to continue paying the remuneration to the affected employees (union members) without any deductions.

BQA was not happy with the Industrial Court ruling, and then appealed to the Court of Appeal.

The union was adamant that no deduction or recovery of the overpayment should be made against the 24 employees as that would prejudice them since they had arranged their lives on the basis of their new salaries.

The union also said that BQA unilaterally made a decision to reverse its members’ salary increases, and had intended to recover the purported overpayment, the gesture that will be an infringement on their contractual rights.

“Even if the BQA regarded the acting CEO’s action as having ultra vires (in contravention of the Act), this remained valid and effective unless and until set aside by a court of law. It was impermissible for BQA to effectively ignore his decision as a nullity, and to resort to self-help to reverse it,” argued the union, which argument was subsequently confirmed the Court of Appeal. It said that he acting CEO’s decision remained valid and could only be reversed or set aside by a court of law.

For now, the employees will continue to enjoy their salaries until the matter has been negotiated at the JNC or CEO’s decision challenged in court.

The Court of Appeal also ordered BQA to pay the costs.


Advertisement. Scroll to continue reading.
In this article:BQA, Court Stories 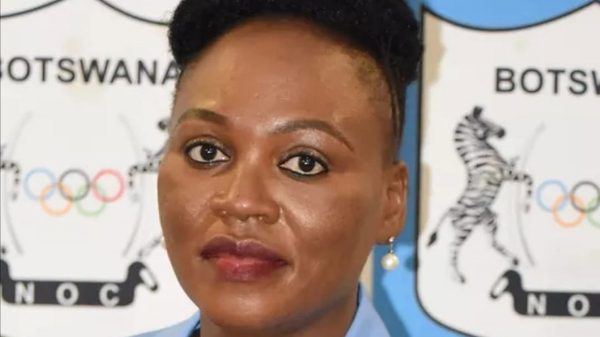 There’s a new chief in town

With a background steeped in the corporate world, Botho Kebabonye Bayendi will need all her experience in her demanding new role, CEO of the...