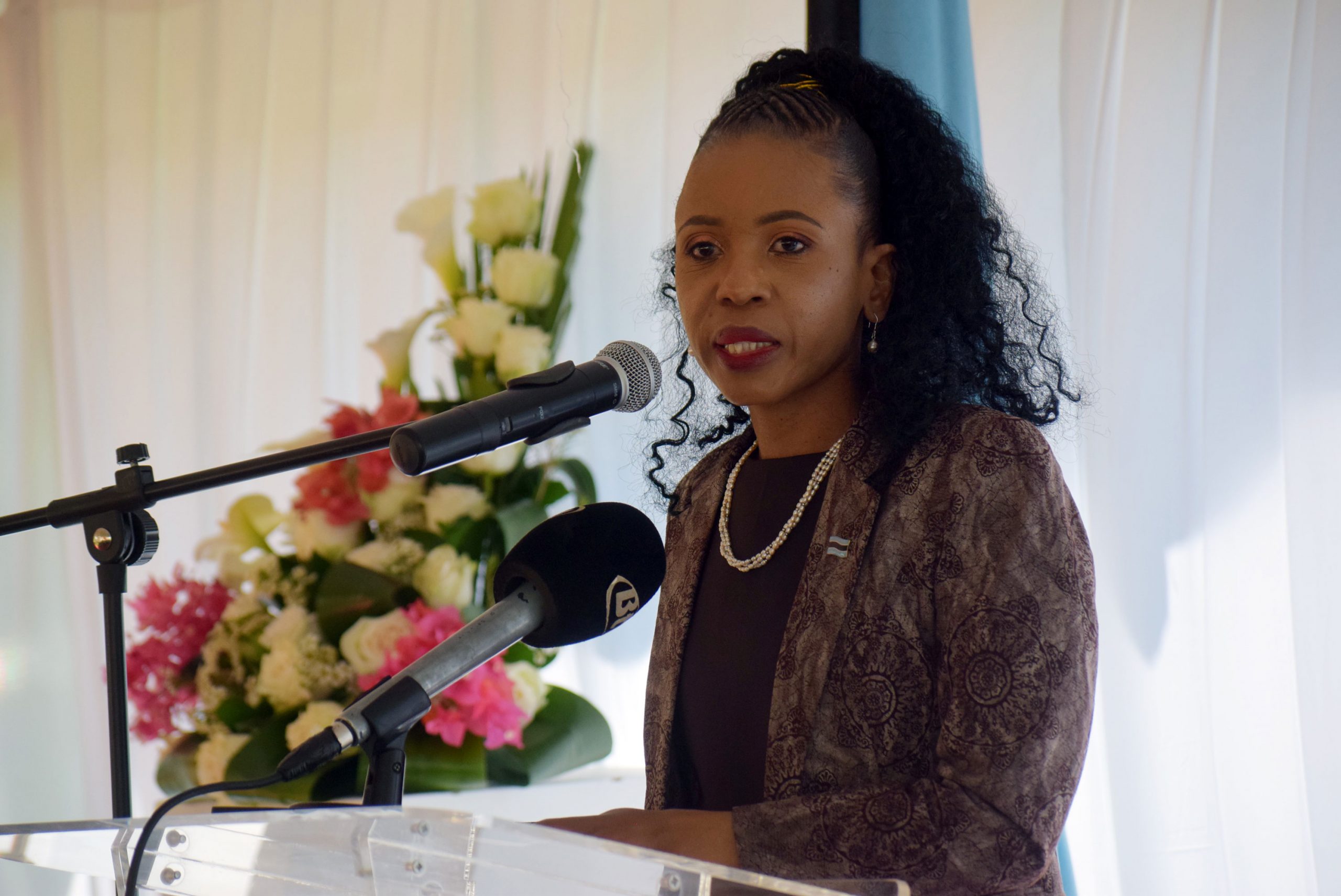 MINISTER ON THE MIC: Peggy Serame

With the big bucks in short supply, government is considering reviving the Public-Private Partnership (PPP) agenda in the hope of unblocking a stream of finance for public investment projects.

Recently, govt has struggled to repair and maintain public infrastructure, with crumbling roads, leaking water pipes and power cuts all too common.

In a bid to change this, President Mokgweetsi Masisi’s government are looking to rope in the private sector to help with financing public projects.

According to the available statistics, government has financed 95 percent of all public infrastructures in the past ten years.

Since 2012, development spending on public infrastructure projects has reached close to P108 billion.

Of this amount, it is estimated that just P3.6 billion and P1.4 billion was funded by project loans and donors.

“Government revenues are declining as a share of Gross Domestic Product (GDP) as the diamond industry matures and costs of production increase, the recurrent budget is growing continuously. This environment necessitates drastic change with regard to the model adopted in procuring and financing such infrastructure projects. Hence government’s commitment to exploring new project financing options aimed at closing infrastructure financing gap,” said Serame, who ruefully conceded govt’s PPP programme has not moved as fast as was hoped.

Under the PPP model, government and the private sector come together to finance, construct, deliver and operate projects that fall under public infrastructure and associated services.

Although the Minister bemoaned its slow progress, there are promising signs, with Tlou Energy’s ongoing Lesedi Project (see Business lead) set to be the country’s first Independent Power Producer.

Government is also eyeing projects such as water distribution transports to be on the agenda of the PPP model. Already the Francistown/Nata and Maun/Mohembo roads are earmarked for the PPP model as submitted by Ministry of Transport and Public Works during their appearance before the Public Accounts Committee in May.

Should the two road projects be successfully built through the model, they will be the first roads delivered in that manner in Botswana.

Meanwhile, disclosing some positive news, Serame revealed the balance of government savings has made an impressive recovery since the start of the year, when it stood at P6 billion. By the end of April, this figure had nearly tripled to P16 billion, closing in on the P18 billion recorded pre Covid-19.