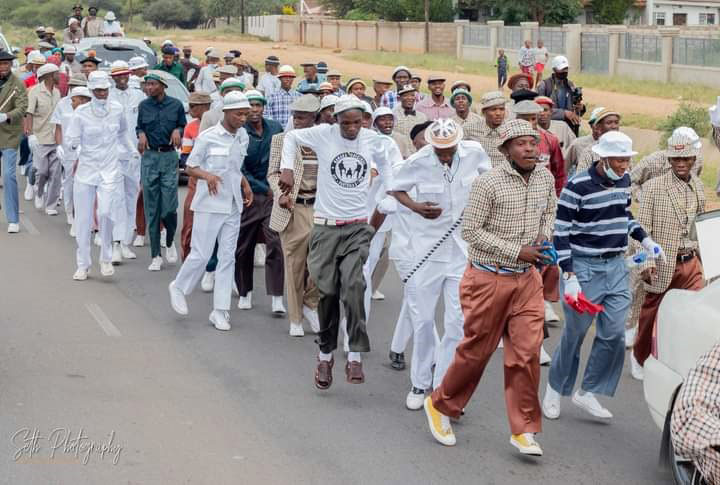 Pantsula’s to parade for peace in Maun

Residents in Maun are in for a September treat as the pantsulas bring their stylish, unique brand of energy, fashion and dance to town.

Next Saturday (3rd September), chants of ‘Chess maneee’ and ‘Olah Mapantsulaa’ will echo through the dusty streets against a backdrop of hooting horns, Dickies trousers, flat caps and spotless white sneakers that make up the immaculate pantsula regalia.

The parade marks the Botswana Pantsula Association’s first official foray into Maun since the organisation’s establishment back in April 2016.

Speaking to Voice Entertainment, the group’s Public Relations Officer (PRO), Otsile ‘Pass P’ Goitsemodimo, explained the aim of the day is to sensitise the people of Maun against social ills, including crime, Gender-Based Violence, alcohol and drug abuse.

“GBV is a real concern in this country and has been for years. The pantsula way of life is all about peace and that is what we want to preach,” he said.

Goitsemodimo admitted there are several negative misconceptions associated with the pantsula culture, myths he was eager to dispel.

“We will be taking pantsula to the people. Many people still do not understand pantsula. We do not wield nor carry knives, that is why we pride ourselves on ‘donty ka ghoni’ (they’ll be no knives) slogan. We want to teach people that the pantsulas are not thieves. Even those who steal hiding behind pantsula, we have to teach them to know that pantsula and stealing are two very different things!”

Part of the day includes the official launch of Maun Pantsula Branch, bringing the total number of branches in the country to 46.

The fun starts in the morning with a parade from the bus rank to the main kgotla, where Maun branch members will be introduced to the village elders.

After the walk, attention turns to Base Lounge and an all-night festival that runs from 6pm to 6am.

“The tickets are P70 for a single and P100 for a double ticket. Artists who will be performing are: myself, Khoza Mkhozeni, Black Eye, Sub K, Nkamozuki, Ounah, Stiger Sola and DJ Lebisto,” revealed Goitsemodimo, adding they are in close contact with social workers and will donate to the less privileged members of the community.