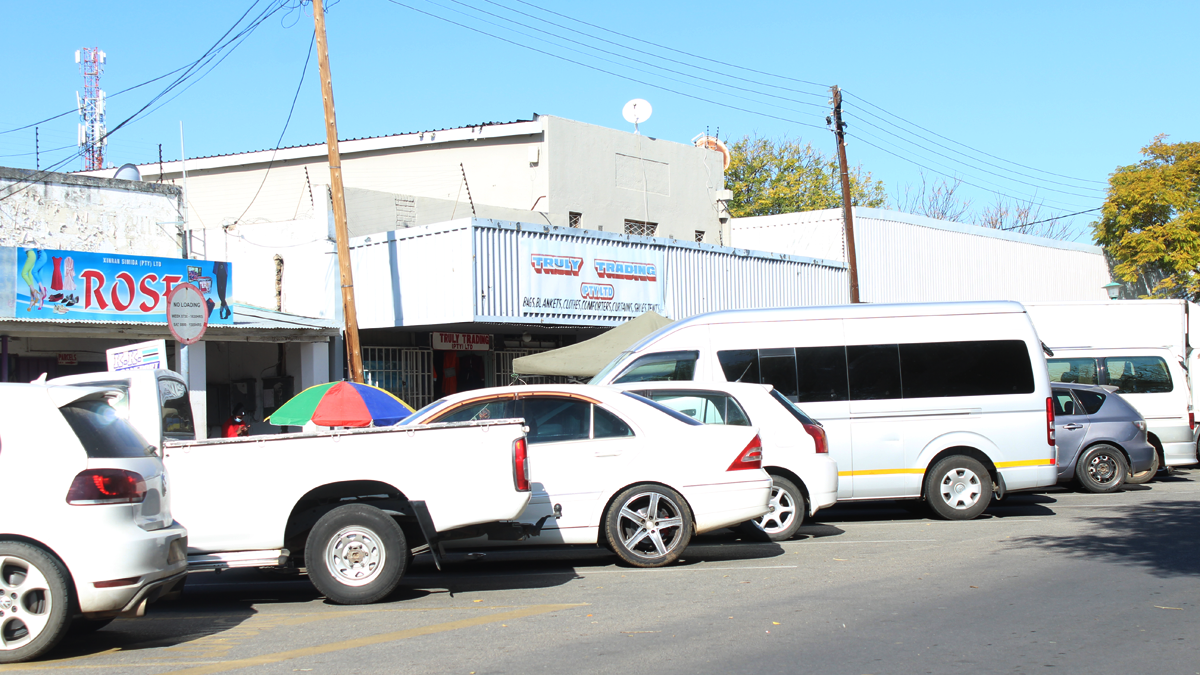 READY FOR TAKE OFF: Cars lining up Bulawayo street

Tension in the second city is simmering between local transport operators and their Zimbabwean counterparts.

At the centre of the conflict are the rich pickings on offer at Haskins street – or ‘Bulawayo street’ as the famous road is more commonly known.

Hundreds of Zimbabweans and Zambians arrive in Ghetto everyday to shop at the Chinese shops that line the iconic street. Most make the journey using public transport.

The locals are adamant it should be them who ferry the visitors and their newly purchased goods back to the border.

A member of the Bus, Truck and Taxi Committee, Khathazo Dema told The Voice that Zimbabwean transport operators are taking food out of their mouths by engaging in illegal transportation of the shoppers.

“We should be the ones taking these shoppers to the border, and then the Zimbabwean taxi or bus owners can take it from there. That’s how we should have a piece of the pie,” insisted a fed-up Dema.

“We are suspicious that these seven-seaters and combis are owned by police officers, or even transport officials because our complaints have long fallen on deaf ears. We’re being robbed of our livelihood and we’ve nowhere to complain,” cried Dema.

The operator is adamant the transportation business in and around Bulawayo street is big enough to feed a lot of families, but now the industry is being dominated by foreigners with the aid of police, transport officers and greedy citizens.

His sentiments were shared by another in the transportation business, Lefuti Lefuti, who appealed to members of the public to help them combat the problem.

“The people coming here are tourists; we should be reaping the rewards and offering them transport whenever they need,” opined Lefuti, adding the tonnes of goods that leave Francistown for Zimbabwe daily proves there’s a lucrative business locals can tap into.
He said there is a similar situation in Zim, where operators are not happy about the seven-seaters from Botswana invading their territory.

“The two associations intend to work together to protect this industry. Our Zimbabwean counterparts actually believe in Botswana we’re not serious about combating piracy,” said Lefuti.

Central Police Station Commander, Superintendent Lebalang Maniki, however, said he was unaware of any bad blood between operators from the two nations.

“Not of recent, but if indeed there’s an issue I’m inviting the operators to my office to discuss the matter. We work hand in hand with transport operators, and although this concern was raised in the past, it hasn’t reached my office in recent time,” maintained Maniki.