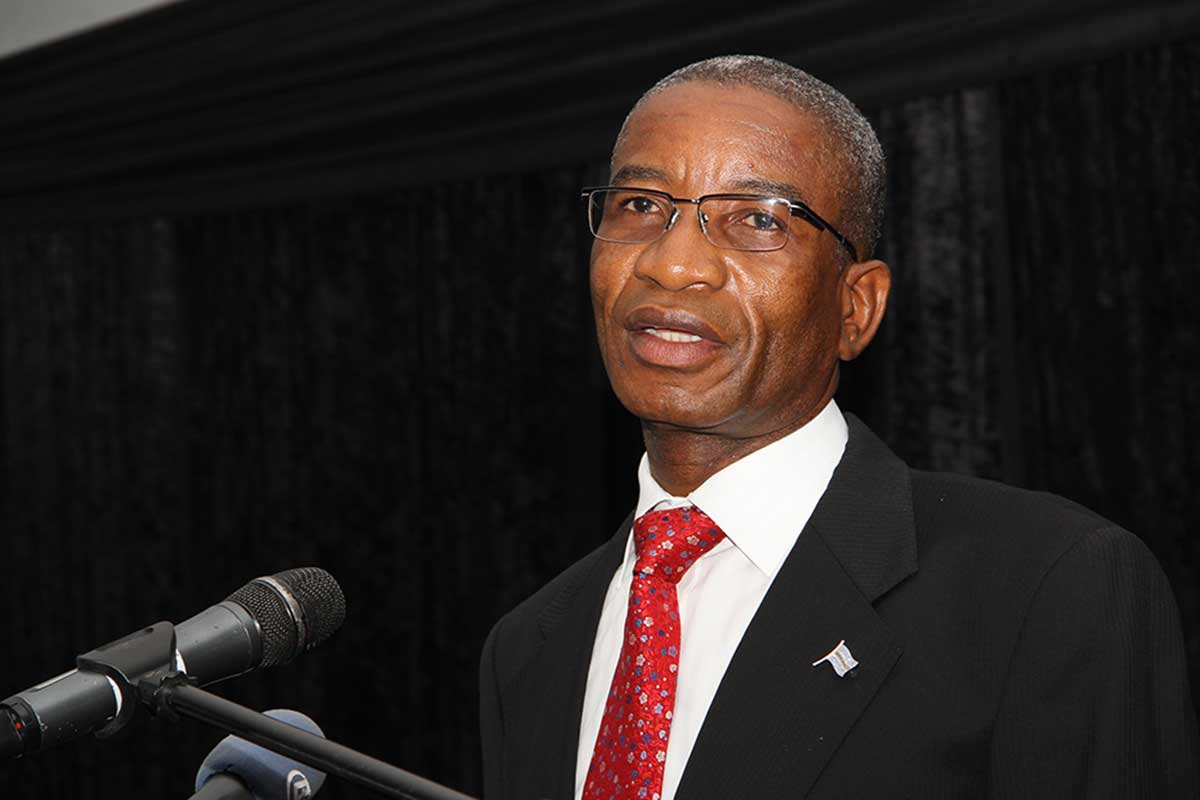 ‘It hasn’t been easy, but I am confident’- Nonofo Molefhi

In 2017, former minister, Nonofo Molefhi (62), defied the odds and challenged the then vice president (VP), Mokgweetsi Masisim for the party Chairmanship position, without the blessing of the then president, Ian Khama .

He went on to garner a paltry 261 votes against Masisi’s 769 at an event which was held in Tonota.

However, the former member of parliament for Selibe-Phikwe East is not someone to give up easily as indicated by his return to the campaign trail for the same position but facing a different opponent, Slumber Tsogwane, who is also the vice president.

Although Molefhi started his race as a lone horse, he has managed to rope in other former ministers and Botswana Democratic Party (BDP) veterans to join camp.

The Voice Reporters, DANIEL CHIDA and SHARON MATHALA, sat down with the aspiring chairman, Molefhi, to hear what he has for the BDP masses heading to Tsabong for the elective congress next week.

Thank you very much for taking time to speak to us, but tell us why you have decided to give it another go? What are some of the lessons learnt from the previous elections?

I have come to accept that people are cowards and afraid to respectfully differ with their leadership.

I don’t entirely blame them, though, because we have surbodinated our authority to those we have delegated power to. We shouldn’t fear those that we voted into power.

You will find that people socialise with a certain groups, fearing that they may not get government tenders or that they will not be supported during primary elections.

We are all equal and there is no one above another hence my decision to contest for a position I want.

But how has the support on the ground been so far?

The support is good but people are afraid to be seen supporting us. Some told us that they will show support on the last day through the ballot box.

Interesting, and how has been the campaign, we gather you have covered a lot of ground?

It is very challenging because, in some areas, we were denied the opportunity to address party members during the ongoing regional congresses.

For example, at Maun East, I was given the platform to speak but, after my speech, Reaboka Mbulawa, who is the North West Regional Chairperson, rubbished my whole speech.

In other regions, we were denied entry. We are having a lot of challenges because people don’t want to be seen with us largely because they are afraid of being isolated.

Turning to your lobby, we have noted that there is no challenge for treasurer position held by Satar Dada, why is this? Is he your funder, too?

No, he is not funding us. Remember, when I started raising my hand for elections, I was alone and the team came recently, we cannot ask people to contest against him if they don’t want.

If one joins us and shows interest in contesting for the treasurer position, then we will support that person.

You have been conducting interviews with private media as a lobby, are you not afraid of being sanctioned?

The VP, who is my opponent, has been doing the same, using state media, which we don’t have access to or privilege to, so private media is the only platform that we can use.

Should you lose the race again, what will be your next move?

I will continue being a BDP member and serving in any given capacity.

You were once linked to Botswana Patriotic Front, what stalled the move?

It was propaganda spread by our members at the BDP, who did not want me.

Today, here I am, still a BDP member. The plan to tarnish my name was long planned.

Why not pave way for youngsters to take over the party instead of recycling the same old people.

The old generation is the one to give advice and direction to the young generation, it’s a norm all over.

Well, I can only say to democrats, “Let’s all go out there and vote.

I know of the challenges but only our vote can turn things around.”