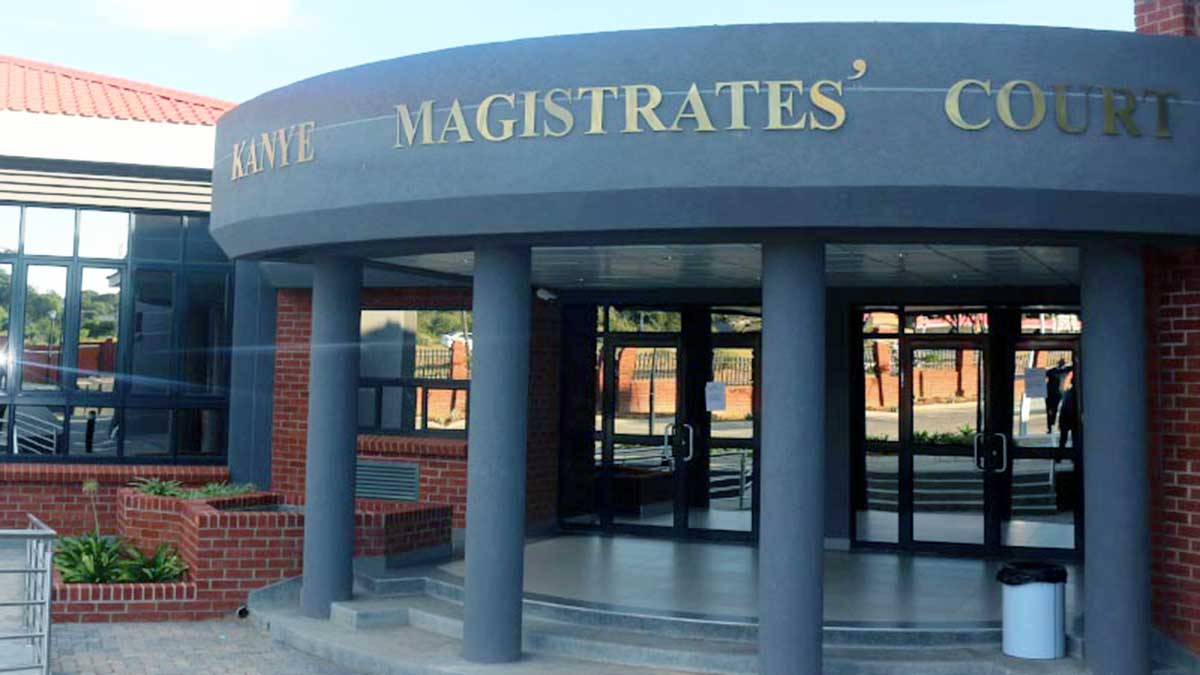 It is alleged that on Tuesday this week, the trio, armed with a pistol with faces covered with masks, instructed the court security guard to hand over the court keys to them.

The men then opened the main door and ushered the 50-year-old guard inside the court building where they proceeded to kick him all over the body before they tied his hands and legs with duct tape.

The robbers then proceeded to break into about 12 offices, including the three magistrates chambers where they got away with computers and files through the back door.

They then put the files in an open space in the court premises and set them on fire before they fled the scene.

“We are still investigating as the matter is still fresh and, as for now, we do not know the exact properties that have been burnt or damaged, we are still on the hunt for the suspects,” said Matlhaba.

Advertisement
Related Topics:Court break-in
Up Next

Phikwe police on the hunt for a killer