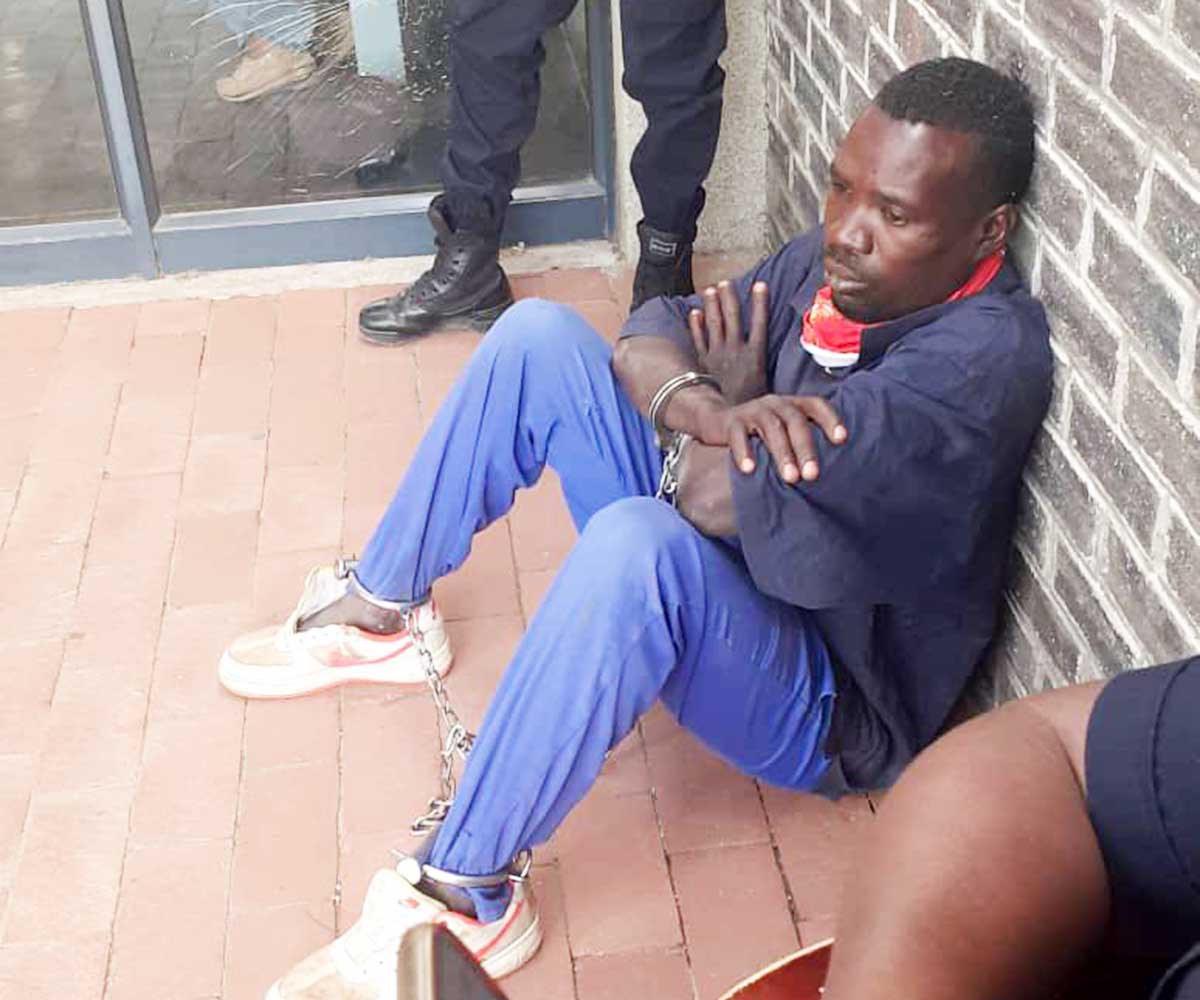 With his disheveled hair, dry lips and worn out, laceless sneakers, Tshepiso John cut a sorry figure when appearing before Francistown Magistrates’ Court on Monday morning.

However, despite rumours he may be mentally challenged, there was very little sympathy on show for the confused looking 37-year-old when the charges against him were read out.

The Ditladi native is accused of sneaking into a house in the village on Saturday night and raping a 12-year-old girl.

He was tracked down by the police the following day, having escaped from an angry mob.

Telling The Voice what they suspect happened, Tonota Station Commander, Oteng Ngada, said, “Although the matter is still under investigation, it was reported that the victim’s mother had gone to sell food at the bar, leaving her with her siblings. When they were sleeping, the accused got into their house and allegedly raped the young girl. Afterwards, he fled the scene but luckily the siblings managed to scream, waking up the neighbours.”

According to the top cop, the neighbours quickly gave chase and managed to catch the suspect, only for him to fight his way free and flee into the night.

However, the young complainant told the police she had recognised her attacker, identifying him as John. He was arrested the next morning.

With the matter still fresh, tempers in Ditladi dangerously high and the cops still to record statements from possible witnesses, John was remanded in custody until his next court appearance.