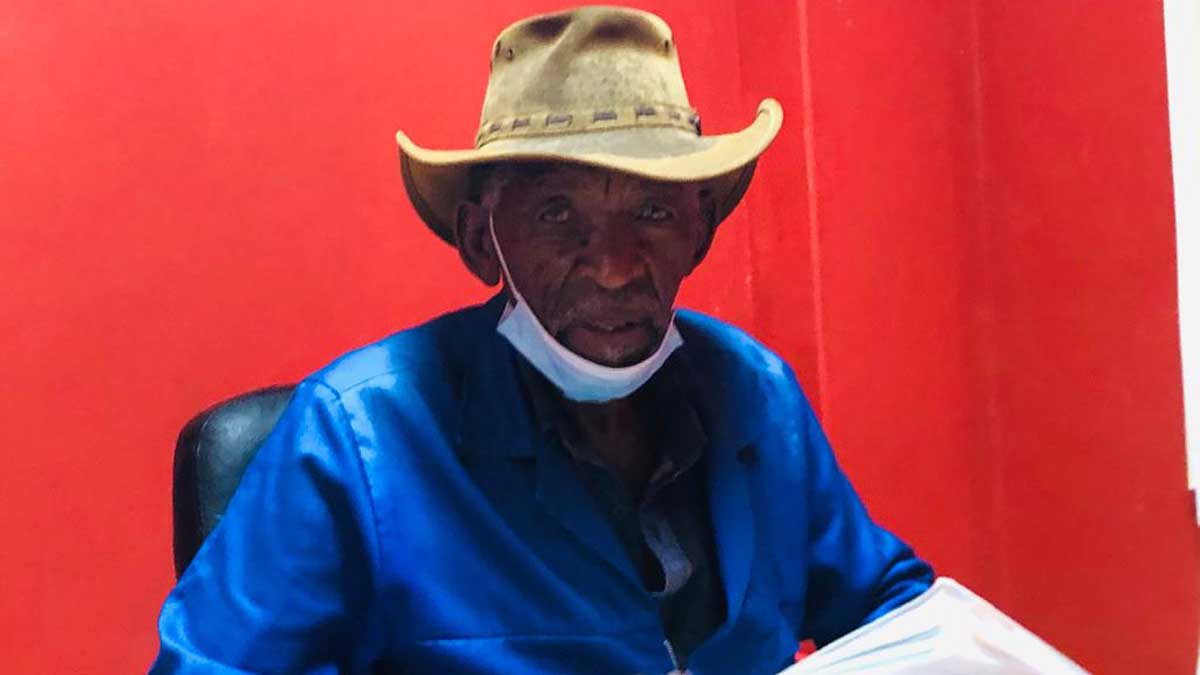 NOT GIVING UP: Modise

Old man not giving up battle against retired judge, Phumaphi.

He’s frail and weary, but Modise Ntwaagae has a sharp memory. The 70-year- old farmer from Borolong is in a militant mood as he prepares to launch a new case against former High Court Judge, Mphapi Passevil Phumaphi.

Ntwaagae took the decorated legal guru to the Land Tribunal last year accusing him of fraudulently acquiring his land in Borolong by forging his signature.

He said he entered into a contractual agreement with Phumaphi with the intent to sell his farm, only for Phumaphi to fence two other pieces of land not in the contract.

“The agreement was P400,000 for the 9.5h plot, not the garden,” Ntwaagae told Francistown Land Tribunal President, Bannister Mokakangwe last year in December.

Phumaphi, however, insisted that that the old man he regards a family friend in fact signed a contract and sold the plot to him at a total of P400,000 and that the property has long been transferred to him.

In his ruling, Mokakangwe dismissed the matter, as it was not in court procedurally. He further advised Ntwaagae to follow the right channels in registering his complaint.

He explained that Ntwaagae should start with lodging his complaint with the sub land board, then the main land board, before coming to the Tribunal.

Now, four months since that crushing ruling, Modise said he’s ready to go back to court to argue his case.

“I went back to the sub land board, and I intend to argue my case and show the world that I was cheated off my property,” he said.

“I’ve been advised by the land board to oppose the agreement of sale, especially that a sworn statement was submitted without my knowledge. I’ve a copy of that statement done before a sub inspector in Marapong, but I never appended my signature,” Modise said.

The old man said all he needs is for his matter to be heard in court, but not to be dismissed on technicalities.

In this article:Fighting for his land, Ghetto Diaries