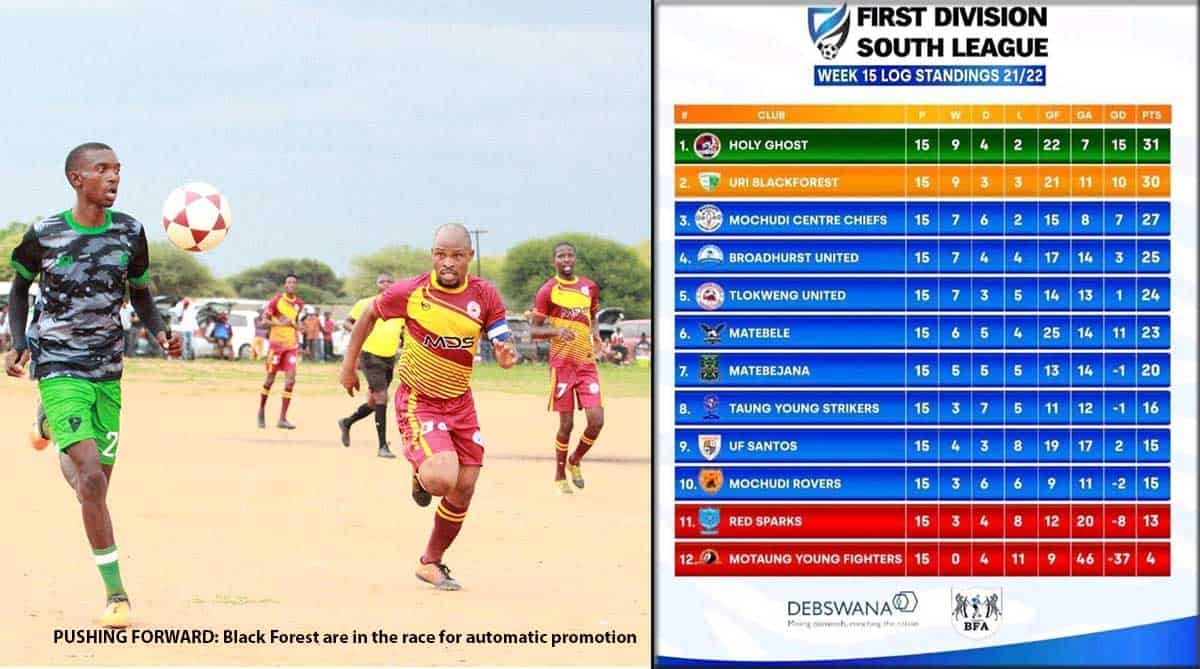 It’s all to play for in the Debswana First Division South as the race for the promised land of the Premier League enters the business stage of the season.

With seven games to go, Holy Ghost lead the way, a place in the elite league for the first time in their history tantalizingly in sight for Oupa Kowa’s in-form church boys.
However, the chasing pack is hot on their heels.

A single point separates the Mmopane-based outfit from URI Black Forest at the top of the table, with former powerhouse, Mochudi Centre Chiefs a further three points behind. Both Magosi and Magoleng dropped out of the top flight in 2019 – this is the closet either has been to a return.

The trio of Broadhurst United, Tlokweng United and Matebele are all in with a shout as well and know that a strong finish to the season would give them every chance of snatching at least a play-off place.

Much of Holy Ghost’s success has been based on a steely defence that has shipped just seven goals in 15 matches. The league-leaders will be confident of collecting another clean sheet on Saturday as they host rock bottom, Motaung Young Fighters. Without a win all season, Motaung are 11 points from safety and look doomed for the drop.

Second-place Forest face a tricky trip to the SSG Grounds, where they take on a Broadhurst United side reeling from a shock 2-0 defeat to relegation-threatened Red Sparks; sparks are expected to fly in that one!

Meanwhile, held 0-0 by Matebajana in front of a bumper crowd at the weekend, Chiefs will be desperate to get back to winning ways when they travel to face Taung Young Strikers.

After a slow start, Magosi have found their form in recent weeks, a 3-1 victory over Masitaoka in the Orange Cup last month a timely reminder of what they are capable of.

“Centre Chiefs has been showing signs of Champions. They impressively beat Masitaoka and have been picking up vital points in the League. Their only concern is instability on the technical side of things, which I believe affects consistency,” Phatsimo told Voice Sport.

He expects the fight for promotion to go down to the wire, noting, “I believe the last four games of the League will be key. Nothing is decided yet! Although Holy Ghost and Black Forest have been playing really well, one of them could still fall off the rails and finish 3rd if they are not careful.”

For added excitement, Phatsimo suggested all league games should be played at the same time.

“This would definitely add to the thrill,” he said.

One way or the other, thrills and spills are certainly expected as ghosts go chasing new haunts and fallen giants look to return to former heights. 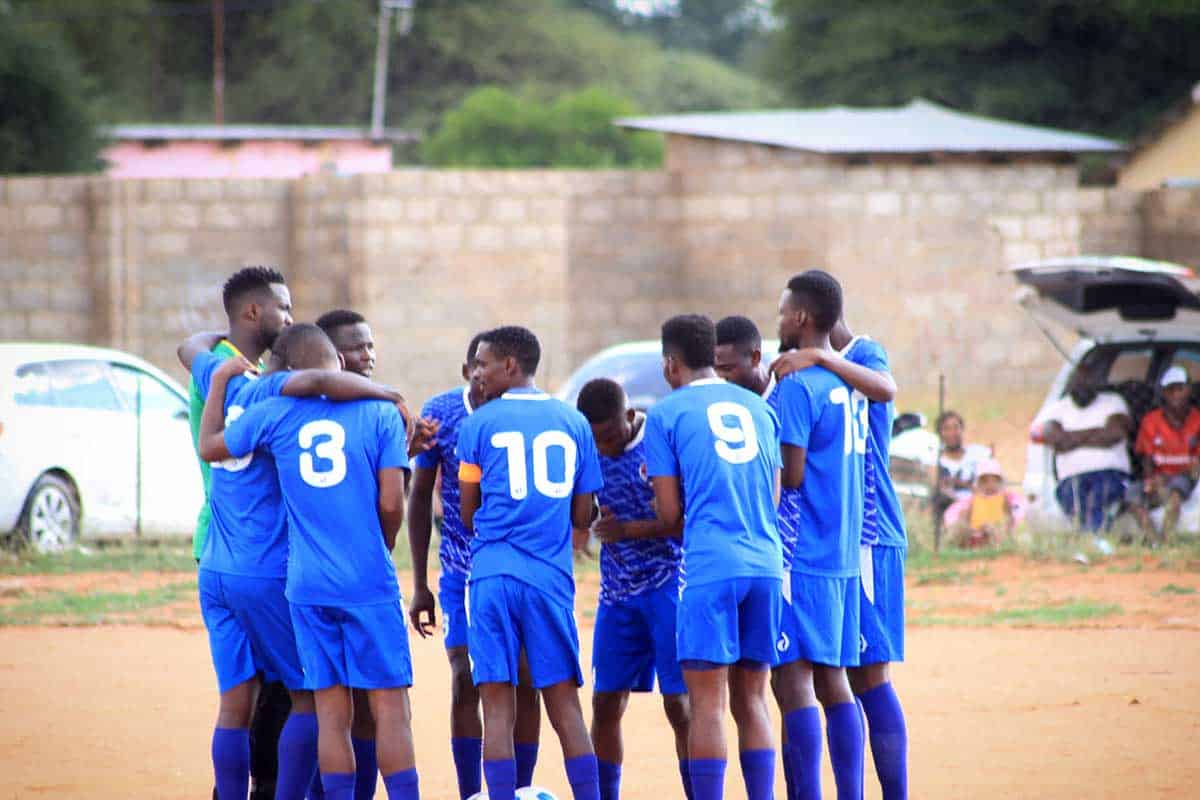 TOP OF THE PILE: Holy Ghost