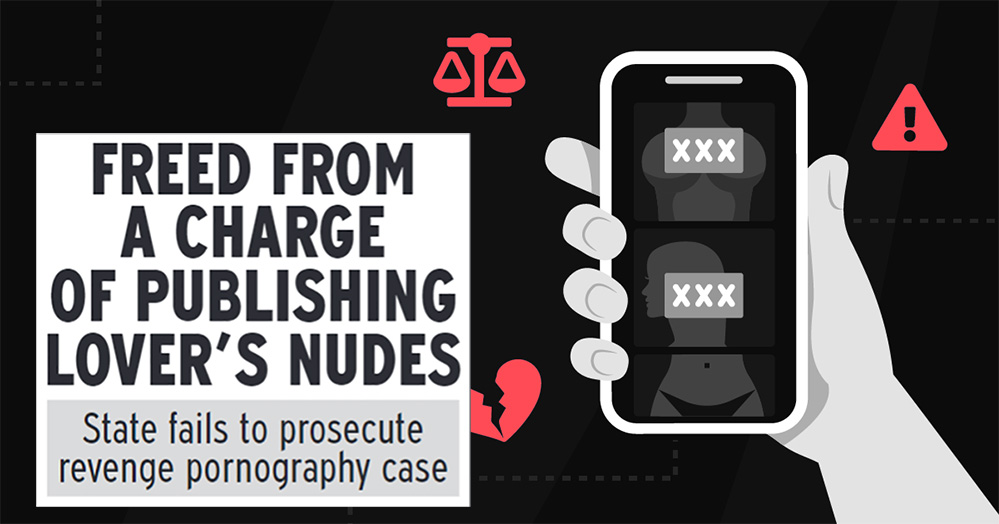 In what he says was an act of bragging rights and trying to prove a point, a man landed in serious trouble for publishing his girlfriend’s nude pictures on social media.

The man, jimmy Monametsi appeared before the Lobatse Magistrate court this week facing a single count of revenge pornography, an offence that could send him to prison for two years if he was found guilty

According to the cybercrime and computer-related crime act 2018 “A person who, by means of a computer or computer system discloses or publishes a private sexual photograph or film without the consent of the person who appears in the photograph or film, and with the intention of causing that person distress, commits an offence and is liable to a fine not exceeding P40 000 or to imprisonment for a term not exceeding two years, or to both.”

However, lady luck was on his side as he was freed and acquitted of the charge as a result of an apparent lack of seriousness from the state prompting the court to free Monametsi from the charge of revenge pornography against his now ex- lover.

Facts of the case are that Monametsi (31) who was at the time employed as an assistant scientific officer at Botswana Housing Corporation (BHC), on July 6 2019 unlawfully published private sexual photographs of his then girlfriend Lame Thando Releseng on the internet and on facebook and his Watsap without her consent.

According to the charge sheet Monametsi’s intentions were to cause the victim distress.

He further told the court that he had asked for forgiveness from the victim and she had forgiven him.

Trial was scheduled to commence this week but was dismissed by the Lobatse Chief Magistrate Gofaone Morweng.

The state had refused to withdraw the matter stating that the offence was serious in nature, when it came down to the crunch, the state failed to sure seriousness on their part.

For starters the substantive prosecutor did not turn up to trial rather the prosecutor instructed another prosecutor to tell the court that the state wishes to withdraw the matter with an option to reinstate the case at a later time.

The state told the court that there were some loop holes and more investigation needed to be carried out, the Magistrate would have none of it instead opting to completely acquit the accused on the basis that the state had not shown seriousness to prosecute the matter.