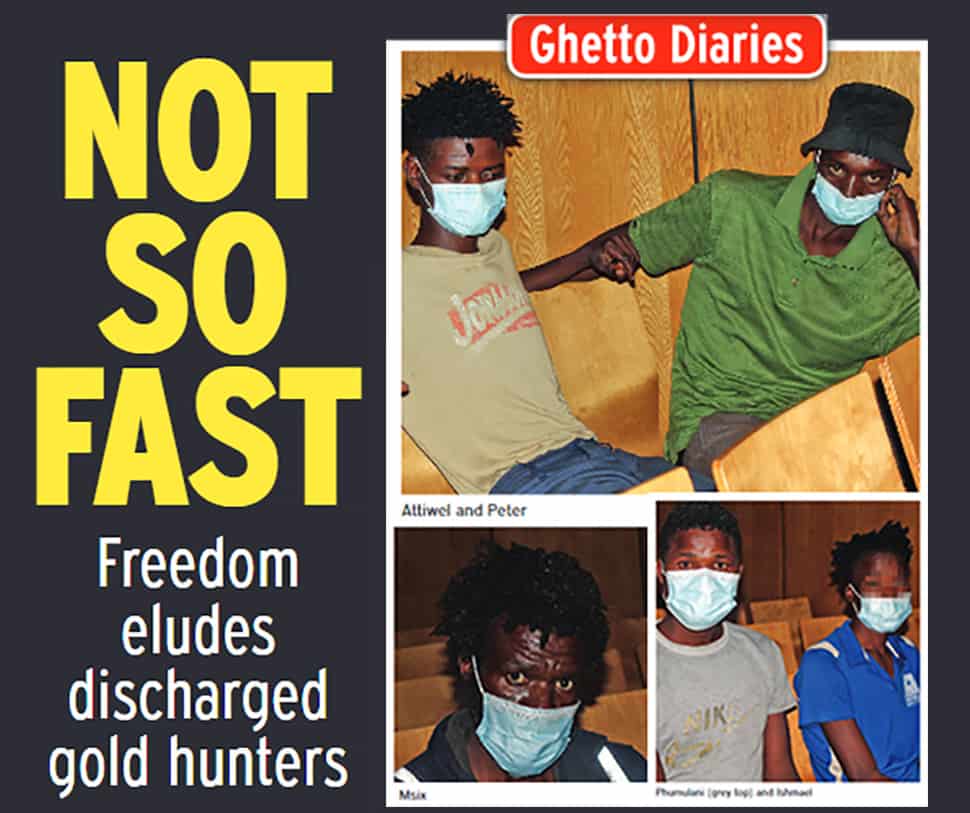 Five Zimbabwean men who were accused of illegally mining gold in Francistown have been acquitted and discharged because of lack of evidence.

The five, Msix Moyo 42, Ishmael Moyo 17, Phumulani Moyo 27, Peter Moyo 23 and Attiwel Nldovu 23, were however each sentenced to one year in prison for entering the country illegally.

When they were asked if they had anything to say during mitigation Msix, Ishmael and Attiwel kept quiet while Phumlani and Peter pleaded with the court not to give them a custodial sentence.

They were then sentenced to a year in prison backdated to the time they were incarcerated.

Last year during their arraignment in court, it was heard that they were nabbed by BDF officers on November 15th panning for gold at Old Matsiloje mine and reported to the police who found them with two bags full of stones.

They were then arrested and arraigned before Francistown Magistrate Court this Tuesday charged with two counts of unlawful possession of suspected minerals which they were eventually absolved of and entering the country illegally,for which they were convicted and jailed.