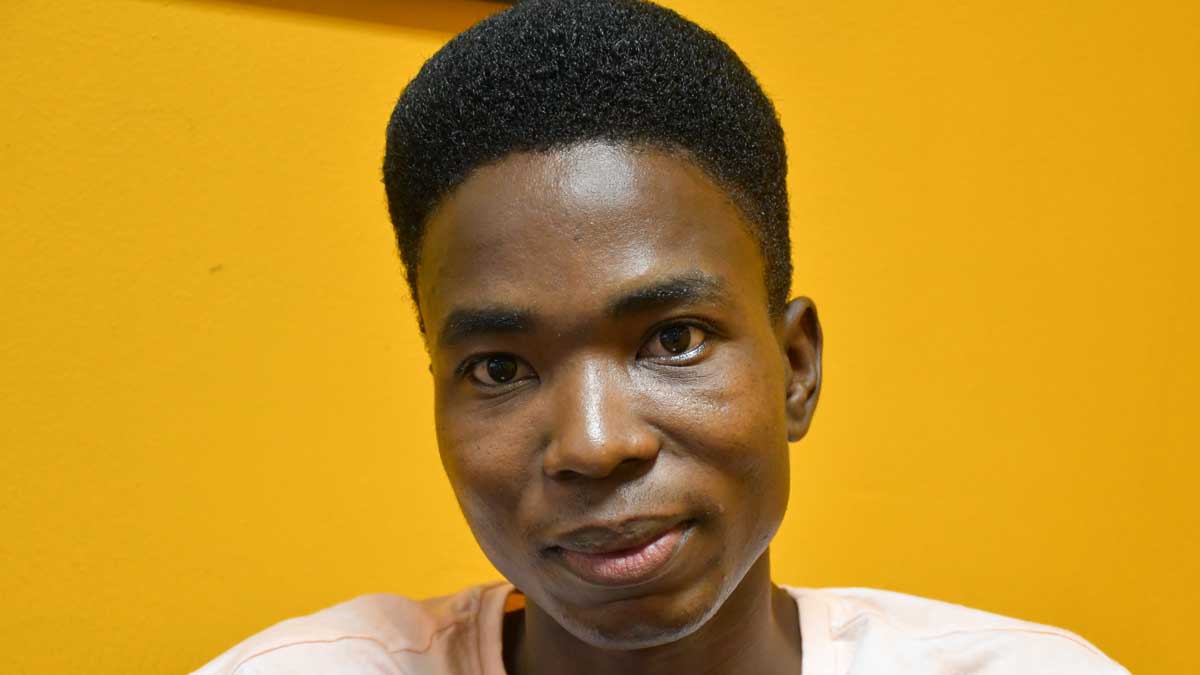 Bringing Botswana into the 21st century

In November 2021, the Court of Appeal (CoA) brought an emphatic end to a matter that had raged for six years.

In another landmark ruling for the LGTBQI community, CoA upheld High Court’s 2019 judgment to legalise same sex relationships in Botswana.

But who was the mastermind behind the case?

The youth brave enough to challenge the system was a 21-year-old University of Botswana (UB) student who, against all odds, dragged Government to court over the human rights issue and won.

When the case first began, in court papers he preferred a pseudo name, simply using the initials LM.

For a long time, no one knew who the applicant was.

This week we catch up with gay rights pioneer, Letsweletse Motshidiemang to give a face to the man who historically triumphed over Government, not once but twice!

In this emotional interview, which will air on the Voice Online platforms next week, often failing to stop his tears, Motshidiemang shares his incredible journey.

Thanks so much for granting us this interview! Briefly give us your background.

I was basically brought up by my Aunt who was a teacher.

I am an English in African Languages graduate.

I was a boarding student for most of my life and I am a 27-year-old gay man.

At what stage did you realise you were gay?

From a young age really; I have always been different.

I think from as early as Standard 5, that is when I knew I had feelings for other boys and not girls.

Even the games we played back then, I was more interested in the girly, soft games over the boys games.

But to be honest, I thought it was a phase that would eventually go away but it never did.

Did you want ‘the phase’ to pass?

Well yes I did.

I did not understand why I was feeling the way I was.

I thought I was the only one who had such feelings.

I couldn’t talk to anyone about it and I remember a time when our helper took me to her church to try and deliver me from the so called ‘demons’.

Today, the reason why I have fully accepted myself is because I have passed all these stages.

Were you ever bullied for your sexuality at school?

Fortunately no; I think because the boys too did not understand me.

I think they just viewed me as this man who acts and behaves like a girl but they never treated me in a bad way.

As a boarding student, obviously I stayed with the boys at our segregated rooms but nothing hectic ever happened except for one time when I did a stupid thing that almost got me into trouble.

Well I remember during my junior school days I wrote a love letter to one of the boys.

I had my friend deliver the letter and he was really upset.

He told his mother, who came to school during lunch time and caused a scene, she called me all sorts of names.

Of course I denied ever writing such a letter and I guess people believed me, after all I was Deputy Headboy and very reserved at school!

Wow sounds dramatic! By 2016, you were comfortable enough in your own skin to drag Government to court. What changed?

I was at UB one day and I was just thinking about what I had been through as a child.

I was thinking about the many other confused children like me that are out there and what changing this law could mean to them and their well-being.

This was months after I had learnt that when you are caught having sex with another man you can be sent to prison for seven years.

So where does a university student get the funds to not only institute a court case, but drag Government to court.’

Well I had an agreement with my lawyers and I never had to pay anything from the beginning.

Unfortunately I can’t share with you the contents of the agreement but I can say Mr Lekgowe and Mrs Ramaja really went a great deal to assist me and I am forever thankful for them.

So until now you never received any funding?

When the case started, why did you use your initials instead of your full names?

I was not ready for people to know who I was.

Right from when the case was registered to the first day in court to judgments day.

Most people don’t know that actually I did not attend a single court session until 2020 when the case reached the appeal stage.

I did not want to show my face.

I couldn’t even tell anyone or share with anyone my feelings and that made the process even more difficult.

How come you never attended any court session?

The sad part is I couldn’t even talk to anyone about this case.

There were times I told my lawyers to drop the case because of the pressure.

I poured everything into my book.

I used pen and paper to express my feelings since I couldn’t talk to anyone.

So to answer you, I did not come because it was hard for me and also I did not want the attention to be on me.

That is why I never gave any interviews or even attended any court session until the High Court session ended and the appeal began.

When judgment day finally came and you won the initial case, what was going through your mind?

I remember that day so well; I was with Charma Gal because I was still working with her.

We were in the same car and I couldn’t express my feelings, I couldn’t tell her what was going on.

We parted ways later that morning and she dropped me off at the office.

I couldn’t do anything really, I was thinking about court and what was going to happen.

I don’t know after how long when I received the call from the lawyers that we won.

I cried and cried.

I was alone and I couldn’t even celebrate with anyone!

Your tears of joy were short lived as Government appealed the High Court decision two days later. How did you feel?

Actually I cried again because as soon as I thought it was over there was an appeal.

I was back to zero.

To tell the truth, I did not think we would win round two against Government.

At the appeal, my name was out there, it was no longer initials and there was even more pressure!

People were calling me and my family, warning them that this case would put me in danger and that I had become ‘government enemy number one’ and it was all too much.

Did your family ever ask you to drop the case?

Obviously there were some against it but they never really came forth.

I remember one time at a family reunion, I think from the pressures of the gossips, my mother called me to her room to try and convince me drop the case but I humbly turned her down.

This case was not just about me, it was for the LGTBQI++ community.

Last November, the CoA finally ruled in your favour. Once again, you were not in court – why?

Yes I was not there.

But I had attended one session before then and one thing I liked about the one session I attended was when the state lawyer said Batswana have actually accepted the gay community, which I felt was true.

But with the latest judgment, I was in class.

As soon as the lawyers called I left class.

I did not cry this time around but for the first time in my life I was a free man.

It was the most liberating day of my life and I am forever grateful for the Government, for now.

Getting to know you better, what else do you get up to during your spare time?

Well I have been writing my book and it is complete now.

I have also been tutoring students in Setswana for free.

And do you have a boyfriend?

Yes, but I’m not sure he’d be comfortable with me naming him so let’s leave it at that!

Fair enough – what’s next for you?

My mission now is more education around acceptance of one’s sexuality, especially amongst young students.

Don’t get me wrong, I won’t be going around telling students that they should be gay or anything but I want to teach them that it is okay to be gay.

You are no different from your heterosexual neighbour.

I will largely be focusing on schools in the villages and small towns because I feel they are less free to express themselves.

And finally, TGIF, where will you be this Friday?

I will be in class and will grab a copy of The Voice later on in the day!