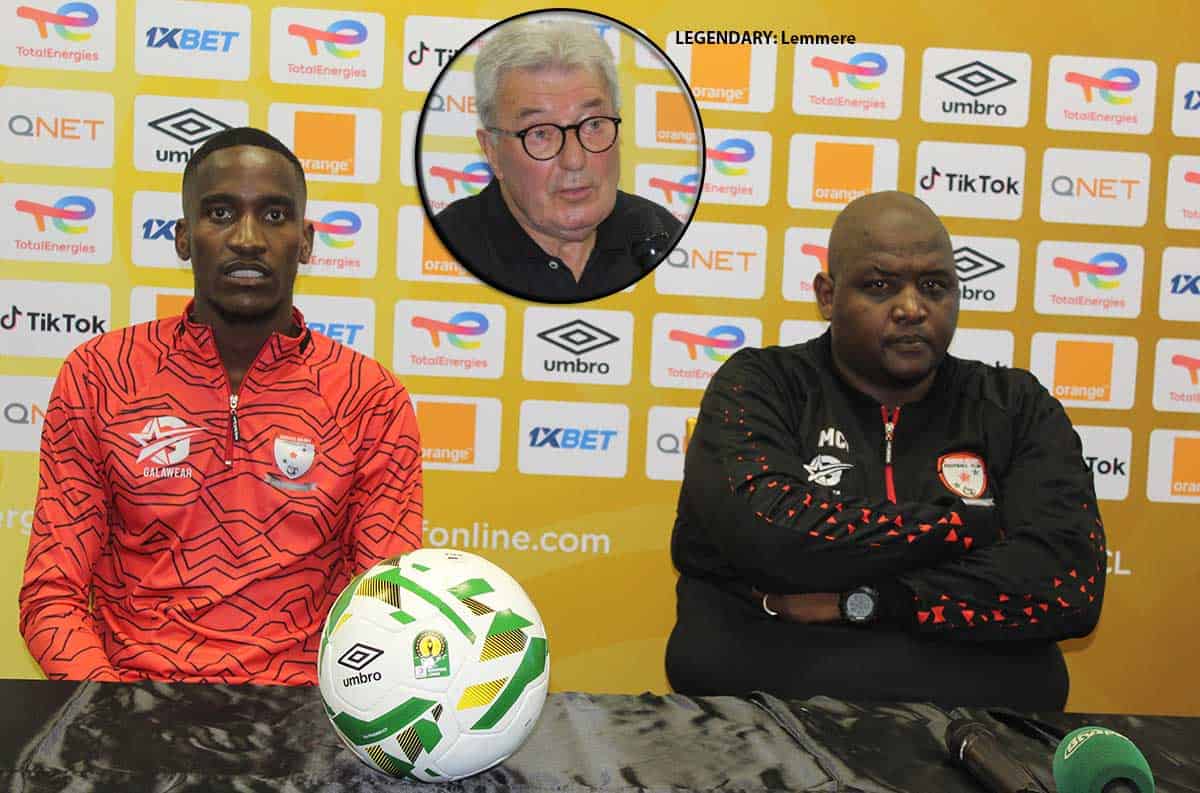 Fresh from a 4-0 thrashing in Tunisia, Jwaneng Galaxy have no time to lick their wounds as they look to resurrect their CAF Champions League hopes in Francistown this Saturday.

Just like in North Africa seven days ago, the defending Botswana Champions find themselves up against tough Tunisian opponents as Etoile du Sahel come to town.

This time, however, Galaxy have the benefit of Ghetto’s grass and home ground advantage – although admittedly, the Obed Itani Chilume stadium is 600km north of their Jwaneng base!

In the Tunisian capital, Galaxy were ultimately undone by a disastrous opening to the match, conceding in the very first minute as Esperance de Tunis ran riot. After half-an-hour, they were 3-0 down, the game as good as gone.

“The first 15 minutes are vitally important. We have to make sure we are alert and organised right from kick-off as these North African teams rely heavily on a fast start to the game. We were caught out against Esperance, it cannot happen again!” declared Ramoreboli in his press conference earlier today.

Despite the heavy defeat, the South African tactician took heart from his team’s improved second-half showing, in which they created a number of decent chances.

“If we can build on this I believe we will be fine. When we started this CAF journey, we knew they’d be tough days and that we’d be facing some of the biggest clubs in Africa. Of course it’s not easy but we will try our best,” was his rallying cry.

Indeed, ‘tough days’ don’t get much tougher than this.

Ramoreboli and his troops are up against an Etoile side led by the legendary, Roger Lemerre, who was the assistant coach when France won the World Cup in 1998, before taking the top job and guiding Les Bleus to Euro 2000 glory two years later. This is the company Galaxy are now keeping – a world away from anything the club have ever experienced before!

Held 0-0 at home in their opening Group match against Algeria’s C R Belouizdad, Etoile need the win almost as much as Galaxy.

“This is a very important game for both teams. Neither team is in a good position in the table and we both need a win,” admitted the 80-year-old Lemerre, who won six caps for France during his playing days.

Now in his third managerial stint with Etoile, Lemerre took over in November last year after a disastrous start to the season saw the Sousse-based side slump to second bottom in the league.

The Frenchman has not had the chance to work his magic yet as the Tunisian top flight has been on a mid-season break since he took over.

Meanwhile, for his part, Galaxy captain, Thabo Leinanyane called on Francistowners to turn up in their numbers.

“The fans could be the difference. We are not just representing our team but the whole of Botswana and we need your support,” urged the 28-year-old defender, adding the mood in camp was relaxed and team moral high ahead of the crunch encounter.

Kick-off at the Obed Itani Chilume stadium is 1800hours.