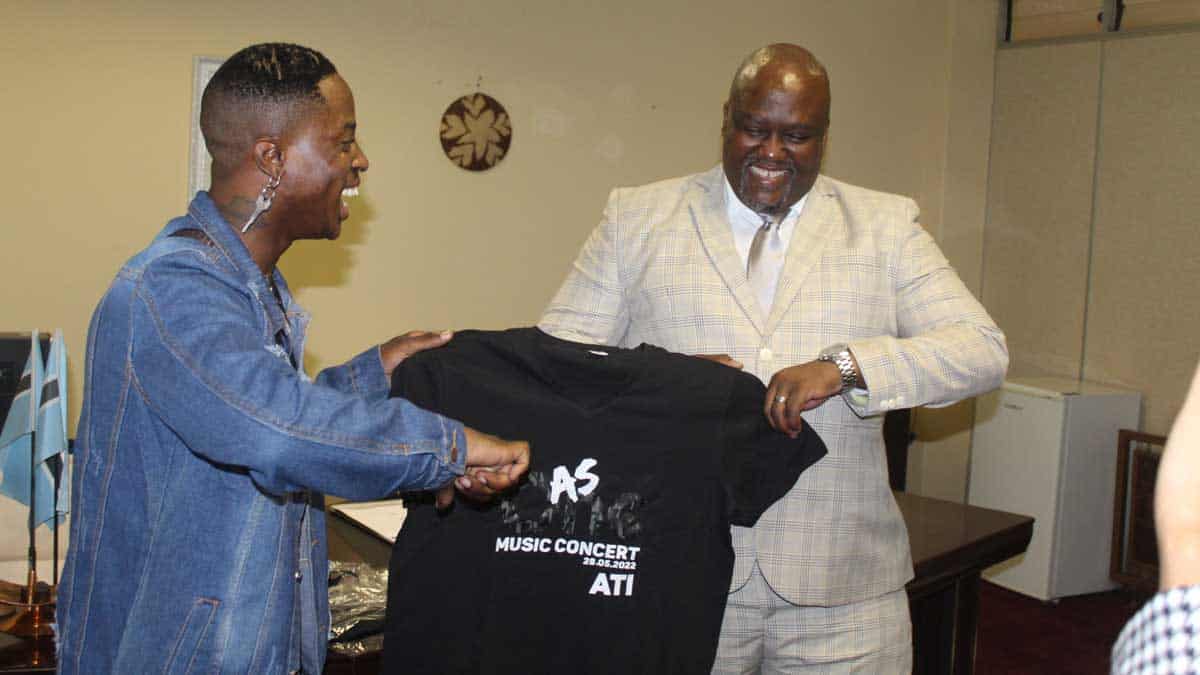 Star shines on walk through F/town

Although his one-man show is still four months away, there was a buzz of anticipation surrounding ATI as he walked through the streets of Francistown on a high-profile ‘scouting mission’ this Monday.

Excited Francistowners, both young and old, poised for pictures with the artist as, fresh from a meet-and-greet at Galo Mall, he headed on foot for an appointment with city Mayor, Godisang Radisigo.

With words of encouragement and support accompanying his every step, ATI looked relaxed and happy as he explained his shock decision to pick Ghetto for his solo extravaganza, set for 28 May at the Obed Chilume Stadium. 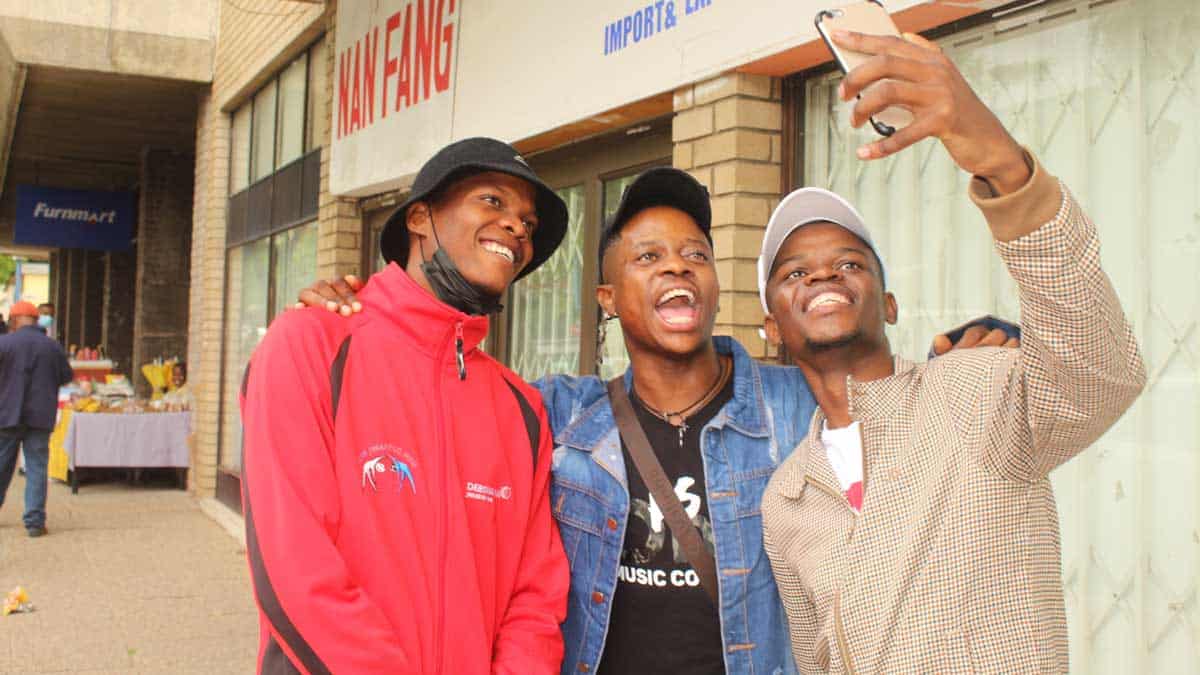 SELFIE WITH A STAR: ATI and fans

“It was because of the people’s love for me,” he declared, the warm roadside reception a testament to this.

Likening the second city to ‘the legs of a butterfly’ due to its geographical position, the 32-year-old singer added, “Francistown is more like the centre of Botswana, fans from Kasane or Gaborone can still attend the show.”

When he finally made it for his meeting with Radisigo, conducted in full view of the watching media, ATI revealed part of the motivation behind his ‘one-man concert’ was to give hope to addicts locked in a battle with substance abuse. 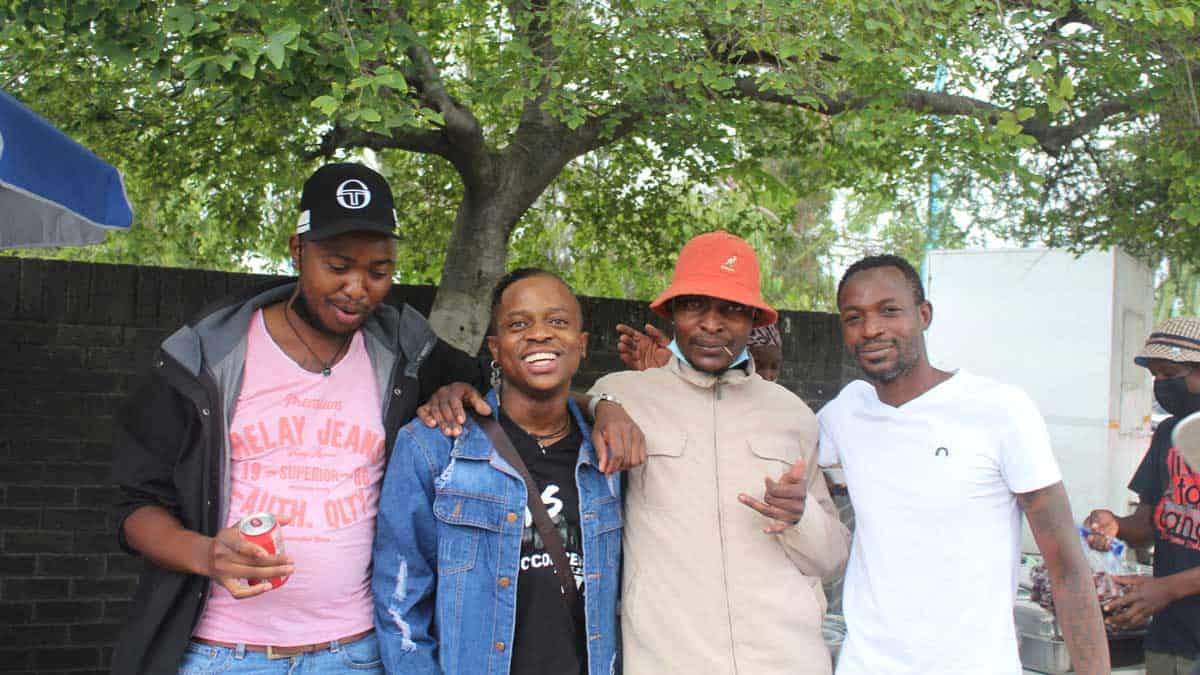 A PIC WITH THE PEOPLE: The singer proved a hit on Ghetto’s streets

“It is well known I used to struggle with drug addiction. Now I want to give them a platform that could make them comfortable to seek help and have hope.”

For his part, a beaming Radisigo expressed delight that the team had picked Francistown to hold the event.

“It’s an honour to meet such a great young man of your quality, and it’s a privilege for us to host your event in our beloved town,” remarked the somewhat star-struck Mayor.

Meanwhile, Managing Director of Blue Sky PR Agency, Koketso Okie, an important part of ATI’s team, told Voice Entertainment the reason for this week’s visit was to examine the stadium to get a better idea of the space they will be working with.

“It’s necessary to check what kind of place we are dealing with so that we can incorporate everything, from technical to logistics. It was also important to come and visit the city leadership [ATI also met with the city’s three MPs], and of course the fans, as we believe in stakeholder engagement,” said Okie, who predicted the show will help beef-up Francistown’s economic activity and provide welcome business for SMMEs.

Okie further revealed that 20 percent of the proceeds raised from the concert will be given to charity.