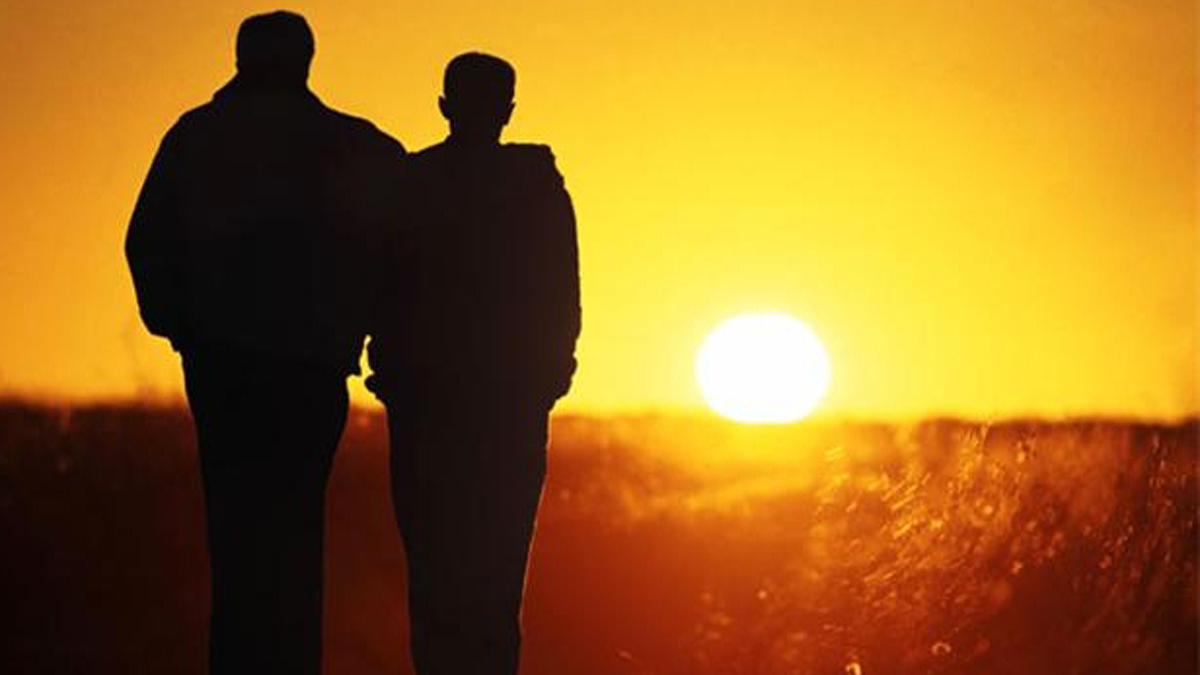 A little over five years ago, 52-year-old Lesego Marena* befriended a colleague from a remote village in Zimbabwe that could potentially lead him to his long-lost love.

Excited and hopeful, Marena would ask his new friend to help him locate the woman he’d lost contact with two decades earlier.

“I was so optimistic, but we just never made any headway.”

Be that as it may, he quietly refused to lose hope, believing that someday he would be reunited with the very woman he’d last seen highly pregnant with his son, going away broken, to return to her roots, where she’d safely bring their baby into a kinder world; more loving and comfortable, with her family, and in her country of origin.

Embarking on a quest to find one’s kin can be a painful undertaking.

In celebration of Father’s Day, Voice Woman speaks to the father-of-one about his story of infinite hope.

“I met Nothando* in 1995. At the time, she was in the employ of a neighbour. Her employer was very strict and treated her like a slave, so our interactions were limited. She would change jobs, moving a short distance away to continue working as a live-in help and we carried on dating. Before we knew it, the timid young lady had fallen pregnant,” recounts the soft-spoken Marena, with a twinkle in his eye.

Although Marena was very supportive, he was hard-pressed to provide a comfortable dwelling for his girlfriend at the time, as he, too, was out of work.

And, with the passing of time, the then young adults felt it necessary that the mum-to-be return to Zimbabwe for confinement.

“I was between jobs when I met my girlfriend and, having moved back home to live with my aunt, who raised me, I felt I had become a burden to auntie hence taking my girlfriend in was not an option,” discloses Marena, a man of few words

Life was difficult for the introvert, at just twenty-four years old, let alone his foreign sweetheart, who was a few years younger.

“Compounding my problems was the fact I had no relationship with my biological mother, as such I had no proper guidance on what to do in such a situation,” he continues with a woebegone expression written all over his face, typical of a man who’s endured many a hardship.

Caught between a hammer and an anvil, with no abode of their own, the two lovebirds finally decided it’d be prudent for Nothando to return to Zim – an agonising decision to make as returning home meant she’d be existing on meager funds.

“She was from a poverty-stricken family; she’d come to Botswana seeking greener pastures when we met. I was badly off myself,” Marena admits somberly, divulging that as a result of their paltry resources, Nothando couldn’t afford to take pictures of the baby, let alone mail them once he was born.

While there were many attempts or plans to travel to the neighbouring country, it just never materialised.

“In the mid 90s, there were no cellphones, so we kept up correspondence and managed do so for six years but lost contact prior to my son starting primary school. For years, it tortured me that I had a son I’d never met. But life was hard then, I couldn’t travel. Sadly, we lost touch eventually and, for a decade and a half, I would constantly think of the son I’d never held nor seen. It broke my heart,” narrates the bespectacled man, who clung to the hope that someday he’d meet his son.

It was Divine Providence that in May last year, Marena received a call from his first cousin, who said to Marena: “There’s a young man who inboxed me via Facebook claiming to be your son.” It was the happiest day of Marena’s life!

In a time when scams abound online and, increasingly, reports of all manner of trickery make front-page news, it took a while for Marena to adjust to the report. Meanwhile, the young man persevered desperately.

“When my cousin delayed to revert to him, my boy decided to look for more relatives. Taking a chance, still on Facebook, his second search led him to my younger brother. My brother simply said to me, ‘I have met my nephew.’ He had sent his uncle pictures and, since my son bears a close resemble to me, little brother knew at once that he wasn’t being scammed. That’s when I decided to call the boy via WhatsApp video call. I was overcome by emotion; it was surreal. I had put all my trust in the Lord all these years, and was overjoyed that indeed my Redeemer lives. It was amazing, to learn that my son had been searching for me and found me. The beauty of social media, it solved the puzzle of my past!” he exclaims, his face brightening at the memory of that day.”

Having fully satisfied himself he was not being hoodwinked, and excited at the prospect of meeting his offspring, Marena says he then sent money for him to make the 400km journey to Gaborone.

Thus, in June last year, father and son met for the first time!

Marena would spend the next couple of weeks getting to know his long-lost son, and introduced him to relatives.

“My younger brother was as elated, and the pair of them got on like a house on fire! One day, I went to visit my aunt-in-law who, upon seeing the young man, mistook him for one of my younger brothers who lives abroad. I also told my mother about him, and they’ve been in constant communication since.”

As father and son got well acquainted, Marena learnt that his baby mama died in 2011.

She had, however, informed her son of his father’s origins and, on her deathbed, given him his full names and physical address.

“I’d wondered why it took so long for him to contact me, or why he opted to immigrate to South Africa and not Botswana. He told me that he had basically followed his stepfather and half-brother, and that South Africa seemed a better place in terms of opportunities. Sadly, once in Johannesburg, he gradually became estranged from them after moving to Pretoria where he’d found temporary work in a departmental store. A chatty lad, he’s told me about his adventures in South Africa. It was a blessing in disguise that he landed in Pretoria, which is a predominantly Setswana speaking city as you know, so he can speak decent Setswana albeit the Tshwane dialect,” Marena says, beaming coyly.

After an entire year, Marena has hit a snag in his pursuit to apply for citizenship for his son. The process has been terribly slow owing to lack of funds to either travel to Zim for inclusion into the son’s birth certificate or, in accordance with Botswana requirements for citizenship application/naturalisation, to do DNA tests (which according to him, is the more expeditious of the two options).

“I’m troubled by the fact my son has come into my life at a time when, once again, I’m struggling financially. But I’ve explained to him that such is life; that there are 2 realities really: either he was going to find me rich or poor, pity the latter is my reality. I can only support him as he strives for a better life.”

Advertisement. Scroll to continue reading.
In this article:News, Voice Woman