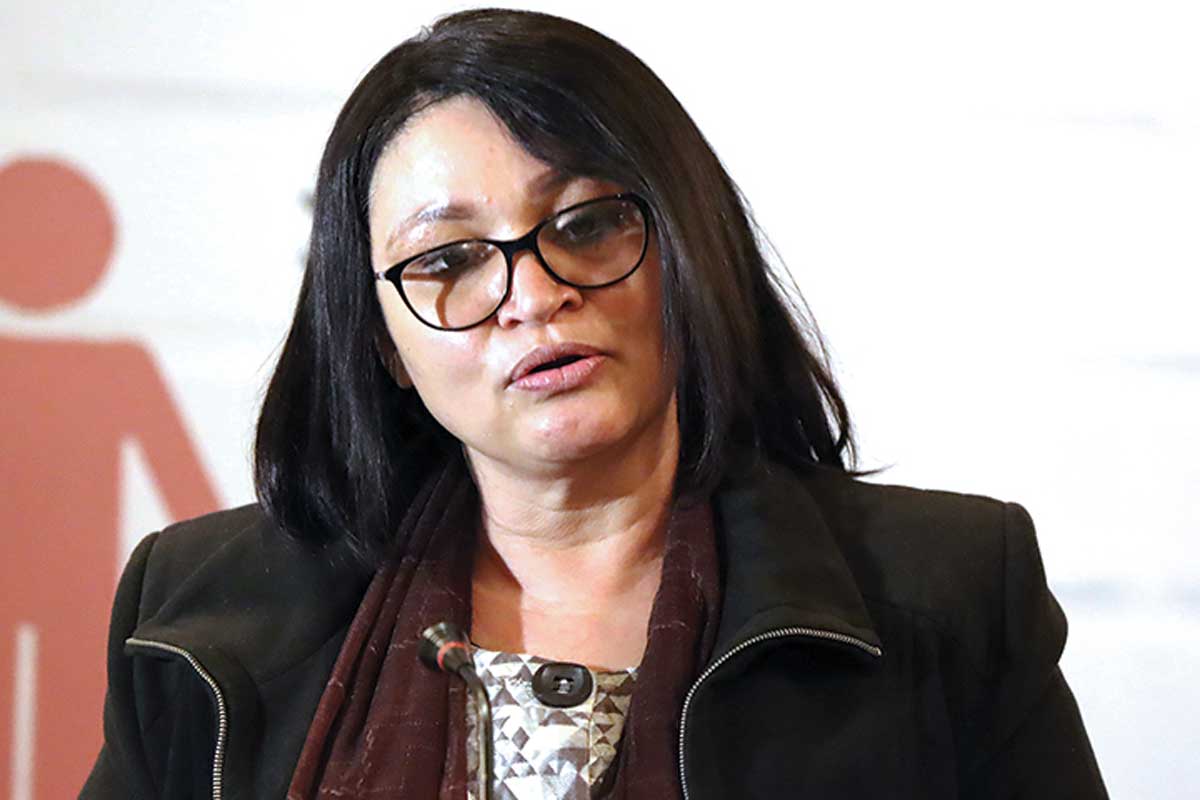 Last year, the Minister of Nationality, Immigration and Gender Affairs, Annah Mokgethi, made news headlines for failing to account for a dead millionaire’s estate.

The court drama, which many interpreted as a case of a lawyer robbing orphans of their father’s estate, haunted the minister so much that opposition politicians began to call for her resignation from cabinet.

At the centre of the controversy is the estate of a wealthy farmer, Abdul Joseph from Lobatse, who died in July 2012. According to former Court of Appeal (CoA) President, Ian Kirby, the matter “has a sorry history.”

This week, Mokgethi decided to break the silence and invited The Voice Reporter, SHARON MATHALA, to her home for an exclusive interview.

She said, the background of the issue is that Joseph left his estate worth P31,760, 259 to his only surviving daughter, Shereen Pandoor, and her four children and nothing to his other three-orphaned grandchildren, whose mother died in 2002.

Mokgethi revealed that she did not know Joseph prior to receiving instructions from him.

“He came to my office as a stranger and his instruction related to his will. He indicated that he wanted his beneficiaries to be his only surviving daughter, Shereen (Pandoor) and her children, and I drew up the will according to his wishes and his instruction,” Mokgethi said as she began to narrate the story that has haunted her for over a year now.

“In the will, he made me the executrix of the estate in the event of his death,” the Minister further explained.

“In mid 2013, a year after the death of the farmer, after doing all the inventories, the Master of the High Court gave me the go-ahead to distribute the estate. Around July/August, same year, the granddaughter who lives in America instituted a case contesting the will, so I did not touch the estate,” said Mokgethi.

“First, she said the will did not meet the requirement of the Wills Act, but later she argued the will was forged and that the deceased was not in a mental capacity to make certain decisions at the time because he had dementia,” the Minister stated.

The matter, Mokgethi said, dragged on until it was finally referred for trial in 2016.

But no sooner had the trial started than the disgruntled granddaughter had filed an application for Mokgethi to account for the estate.

“In 2018, she made an application for me and the beneficiaries of the will to account. I defended the case and asked the court to determine if she could request for accounting when she was still challenging the will, and had not yet been declared a beneficiary. I raised what we call ‘Locus standi in judicio’, which is to ask, ‘do you have the legal standing to demand accounting?’” Mokgethi further explained.

In 2021, the CoA enforced the High Court ruling that it was within her legal right for the granddaughter to ask for an account of her rich grandfather’s estate.

“The judgment came out on August 06th. I was given 30 days to account and I have done the report and submitted it. I was sick for sometime, I had to go for an operation and I therefore couldn’t do it in the stipulated 30 days but ultimately the report was submitted,” the Minister said.

“Now, as soon as the CoA judgment came out, rumours started circulating in the public domain that Minister Mokgethi was going to jail and I don’t know why there was such a misunderstanding. The court never said I stole anything. The judgment just said I must account and I have accounted.”

Meanwhile, speaking in an interview, the beneficiary of the will said all she wanted was for the case to be over and done with so that her father’s soul could rest in peace.

“You see, there has been a back and forth with this case and there are other things which I can’t say because the matter is still before the court. But I just want my father to rest in peace,” Pandoor said.

“All these claims that we have accused Mma Mokgethi of stealing from my father’s estate are not true. We have never said that as the children of the deceased, we are waiting for a report from the Master of the High Court,” Pandor explained.

About her disgruntled niece, Pandoor said, “This person who is challenging the will has been away in America since 2000. She never even came to bury my father and now she is challenging his will.”

Pandoor further said she had previously offered an out-of-court settlement to her niece but she turned it down.
The granddaughter in America could not be reached for comment.

Related Topics:I did not steal from orphans
Up Next

Curse of the costly coffin