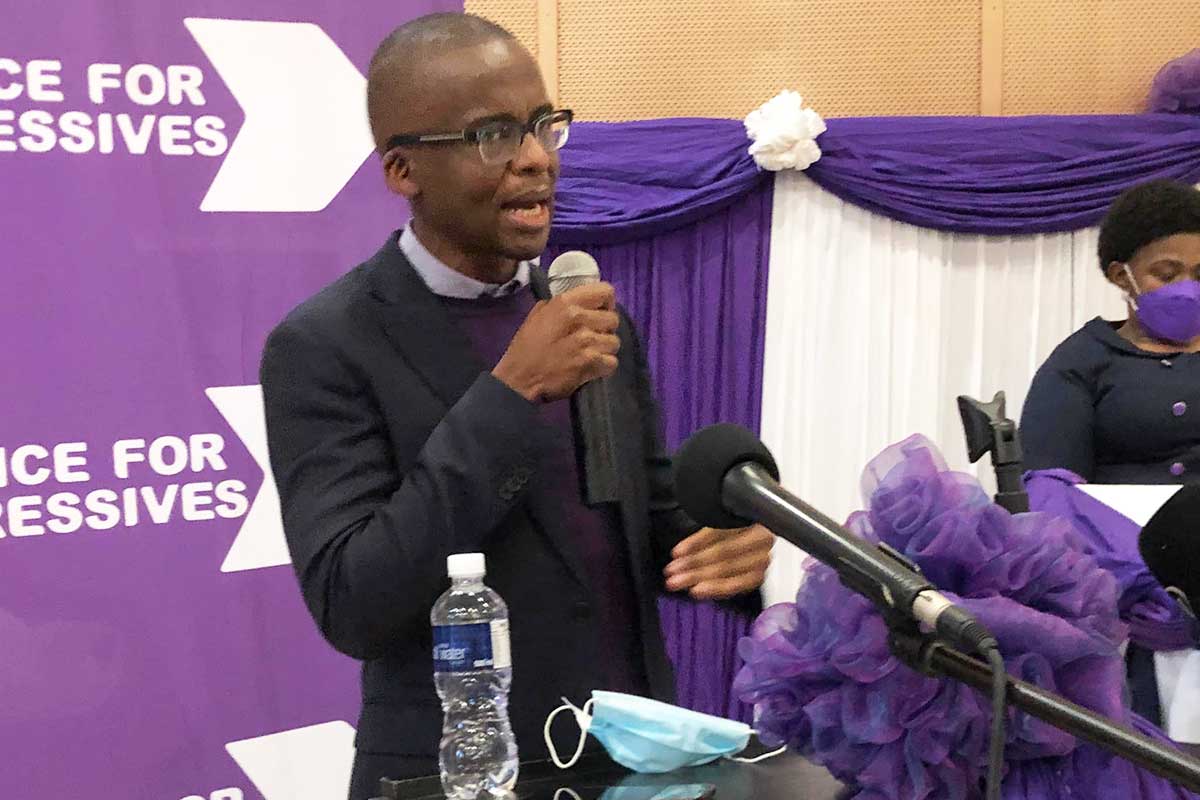 The embattled Botswana Police Commissioner, Keabetswe Makgophe, and Directorate on Corruption and Economic Crime (DCEC), Tymon Katlholo, have found an ally in the form of Alliance for Progressives (AP) President, Ndaba Gaolathe.

Speaking at his party’s national congress in Francistown over the weekend, the soft spoken political leader told his followers that both Makgophe and Katlholo are men of integrity who are being persecuted for defending the truth.

Gaolathe said the two men’s persecution was a sign of how low the country has sunk, if men of integrity are being suspended, fired and arrested while the corrupt walk freely in the streets.

“As a nation, we’re at a point where we can no longer tell fact from fiction, and when this happens, you should know that we’ve truly gone to the dogs,” declared Gaolathe.

Condemning the suspension of the Police Commissioner, Gaolathe said he knows Makgophe to be an upright and honest man who did his police work diligently.

“I can vouch for him without fear. I can confidently say he’s the defender of the truth. He knows and jealously protects the truth, and if a man like that is accused of corruption, and is jailed while criminals walk freely, then this country has gone to the dogs,” said Gaolathe to a rousing applause.

The AP president went further to show his support to the suspended DCEC Director, calling him a God-fearing man, and a defender of the truth.

“You can go ahead and arrest me. He’s a church mate and a man of integrity who has always protected the truth,” Gaolathe said.

“What we’re seeing today in Botswana is that those who defend the truth are being jailed, fired, blacklisted and called all sorts of names,” he said.

The AP President called on his party members to jealously guard the truth and search for it. “Giving power to a dishonest leadership is expensive and has cost this country dearly,” Gaolathe said.

He warned AP cadres never to give power to dishonest people as that would come back to bite them in the long run. He said wherever he goes, Batswana are complaining about the high cost of living, fuel, food, education and the skyrocketing price of health services.

“All these should be affordable, but they are expensive because you gave power to a dishonest and incapable leadership that is failing to provide fuel and power to its citizens despite having 212 billion metric tons in coal reserves,” fired Gaolathe.

“Giving power to dishonest people is too expensive. I wish the prices could keep increasing so that you learn from your mistakes,” concluded Gaolathe.

Advertisement. Scroll to continue reading.
In this article:“I’m ready to be jailed, ” Gaolathe