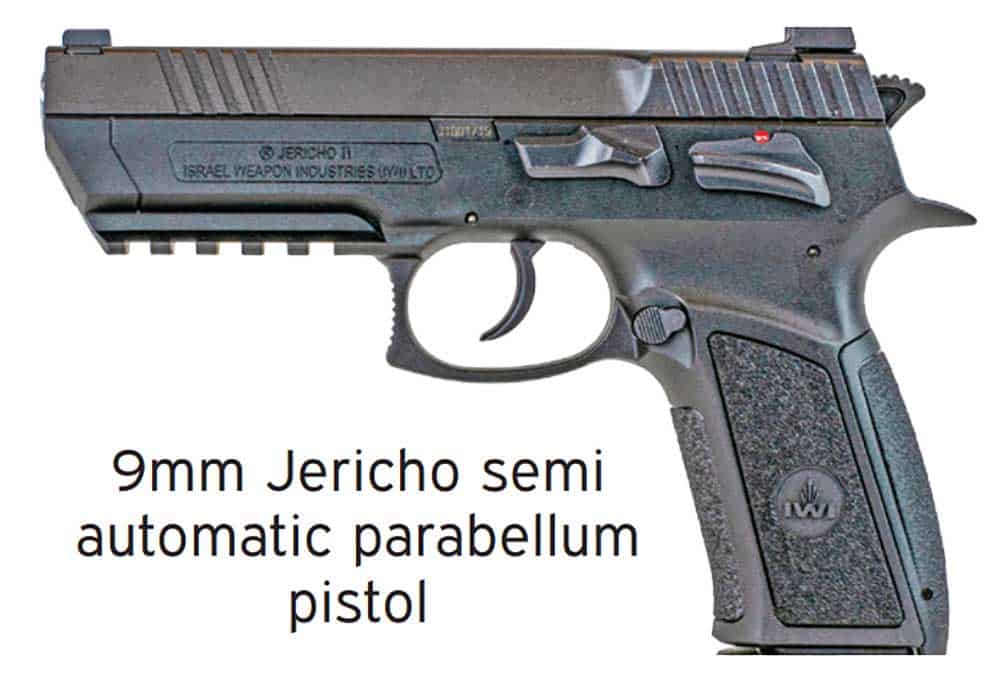 The quartet, with Khama who is in South Africa- being represented by his lawyers, appeared before the Regional Magistrates Court on Thursday facing among them, 38 counts relating to weapons of war.

Makgophe and Paledi are accused of aiding Khama and Kgosi, the two most powerful men in yesterday’s regime, to acquire the ammunition and weapons of war.

The Voice’s SHARON MATHALA looked up the specifications of the weapons which the state alleges are in the custody of Khama and Kgosi illegally.

Khama’s guns according to the state:

2. The Desert Eagle is a gas-operated, semi-automatic pistol known for chambering the .50 Action Express, the largest centerfire cartridge of any magazine-fed, self-loading pistol. The Desert Eagle is fed with a detachable magazine. Magazine capacity is 9 rounds in .357 Magnum, 8 rounds in .44 Magnum, and 7 rounds in .50 Action Express. The pistol is primarily used for hunting, target shooting, and silhouette shooting.

3. 9mm pistol SIG Sauer:The P365 features a patented modified double-stack magazine capable of 10+1, 12+1 or 15+1 full-size capacity. Its ergonomic design makes it more shootable than the typical pocket-sized pistols with a clean, crisp trigger pull . It is the most capable micro-compact available today.

9. Fabrique Nationale Herstal riffle
Description: The FAL (French acronym for Fusil Automatique Léger (English: Light Automatic Rifle) is a battle rifle designed by Belgian small arms designer Dieudonné Saive. It is one of the most widely used rifles in history, having been used by more than 90 countries.[4] Because of its prevalence and widespread usage among the militaries of many NATO and first world countries during the Cold War, it received the title “The right arm of the Free World”.

10. 9mm Mini-Uzi automatic riffle:
The Uzi is a family of Israeli open-bolt, blowback-operated submachine guns and machine pistols first designed by Major Uziel “Uzi” Gal in the late 1940s, shortly after the establishment of the State of Israel. It is one of the first weapons to incorporate a telescoping bolt design, which allows the magazine to be housed in the pistol grip for a shorter weapon.